Sunil John, the CEO of Asda’a Burson-Marsteller, wants to make the agency a $50 million company by 2020, he tells Campaign

“When I spoke to you a year ago I said our ambition is to be a $30 million fee revenue generating PR consultancy by 2020,” says Sunil John, the CEO of Asda’a Burson-Marsteller. “Now I’m looking towards a much more ambitious plan to make this a $50 million company by 2020.”

If nothing else, John has drive and aspiration. His new plan was presented to Sir Martin Sorrell, the CEO of WPP, during a recent visit to Dubai, and although it needs sign off from the holding group, Asda’a Burson-Marsteller appears to be on the right track. The agency was named Middle East consultancy of the year at the SABRE Awards in May – based on its impressive growth in 2014 and its commitment to thought leadership platform the Arab Youth Survey – whilst John himself was handed the award for outstanding individual achievement last year. He was the first person from the Middle East to win the accolade.

“It’s very much a possible target,” says John. “It’s not just organic growth, but also growth by acquisition in key markets. There are a lot of virgin markets in the MENA region that are slowly coming to that critical phase where agencies can go in, and we have a plan there. That’s why we have a larger ambition. Clearly with growth acquisition there are targets we’ve been talking to and working with for several years. It could be prime. And these are not necessarily in the PR sector alone. We’re looking at companies operating in the digital space, in the social media space, we’re looking at companies that provide services in the events space as well.”

“I’m referring to the larger MENA market, where there will be a greater need for PR from the government and private sectors and we have a larger mandate to grow in those markets. For example, the North African market, particularly Morocco and Algeria, would be countries we’re looking at. I think there’s great traction for PR services in Egypt, too, and that’s a market we’re looking at very, very closely. And of course when there is more stability in other markets in the Levant region I think there will be further growth in those markets. So we’re looking at making early entry simply because of our strong heritage in the Middle East, and because we’re an Arab brand I think we can enter these markets much more easily than any other international brand. So we’re looking at a much more ambitious plan moving into the future.”

Although already the largest WPP PR brand in the MENA region, the plan could be viewed as overly ambitious or too optimistic in terms of the potential of certain markets.

“Look, great businesses happen when people seize opportunity, and don’t forget that there are high risks in these markets as well,” says John. “You know how it is. But you’ve got to be a little more courageous to do that. So for me it’s a story of courage. It’s a story of seeing a need early, of jumping into the fray before anybody can even think of it. And it’s possible. WPP needs to think about the proposal we’ve given them and then take it from there.”

With more than 160 staff working in 11 wholly-owned offices across the Middle East (the figure rises to 250 if you include associates and affiliates), Asda’a Burson-Marsteller is already pretty sizeable. It has also been adding to its capabilities over the past few years and has embraced WPP’s concept of horizontality. The agency strengthened its investment in evidence-based communications at the end of 2013 with the launch of the first Middle East office of global market research from Penn Schoen Berland (PSB), while integrated communications agency Proof opened its first international operation under the Asda’a Burson-Marsteller umbrella in June last year. Further new services are expected to be added as the agency grows, although John was not forthcoming on what they may be.

“Our expanded offering has strengthened us as an agency, and that expanded offering has been driven by client demand,” says John. “The client wants us to be stronger in the new kind of market environment that companies are operating in. It’s a much more citizen centric, conversation-led and stakeholder-oriented communications environment. Unless you have a lot of strings to your bow you cannot really meet those needs, and once you lose focus, lose relationships because of that, then you’re out of the game. So we have no choice but to expand. If you’re in the PR game only, you can continue to exist but you won’t grow as much. PR companies have a greater affinity to provide services in the digital and the social space because they’re so conversation led. That’s where I think we saw the writing on the wall and we transformed, and it was not out of choice, it was out of survival.”

John launched Asda’a in 2000 as an independent agency, with WPP acquiring a majority stake in its parent company Menacom in 2008 and Asda’a thereby forming a partnership with Burson-Marsteller. It is placed second only to MEC within Menacom in terms of numbers. Last year its fee income was up by 10 per cent on the previous year, with more than $4 million of new business coming from the likes of Etisalat Group, the Mohammed Bin Rashid Foundation, RP Global, Abu Dhabi Financial Group, LinkedIn, Al Jazeera Media, the Dubai Chamber, FedEx, The Walt Disney Company and the Abu Dhabi General Secretariat of the Executive Council.

This year has also been good so far, with more than $3 million in new business in the first five months. The agency’s business also grew in Saudi Arabia during the first six months of the year, despite war in Yemen and the low price of oil.

“We’ve been doing this for the past 15 years, so it’s not as if the results have come because of an overnight event,” says John. “We have consistently grown over the last 15 years from a zero start to where we are today. We did a lot of new things and I think we are one PR brand that has created our own business – created our own space – and I believe to a great extent we defined how PR is practiced in the region.

“Now there is a lot of competition in the market and I personally feel good about it. Clearly this is a market where you can really look at double digit growth. Look at Europe, look at Asia, look at even the United States, the largest PR market in the world: double digit growth is a thing of the past there. This is where everybody wants to come, but some of them have come late to the party and will struggle to make a mark.

“But competition sharpens you and that’s why we’ve changed over the past year or year and a half. Our offering has expanded and our network offices – especially in Saudi Arabia, Qatar, Kuwait, Jordan, Lebanon and Egypt – have grown and strengthened.”

He adds: “The region is at a very historic stage, with the Syrian issue becoming bigger, the Isis problem and the potential Iran/US agreement. I don’t know where Iran/US is going, but if that happens the entire equation changes between strong traditional allies of the US here. Also, there is new leadership coming to the fore. There’s new leadership in Saudi Arabia, new leadership coming into shape in the UAE, a new emir in Qatar. All of these things will change how the region will transform moving forward. So there are both opportunities and risks in this.”

Will you remain apolitical?

“We have to clearly, but a lot of the contracts that we’re looking at today are from governments and some of that is political in nature. We have to be completely on top of the politics of the region because we have to provide advice on the changes, not only to government, but also multinational companies that operate in the region. But clearly as a business that operates in this region we are conscious of what we can and cannot do and we do what is correct for our business.

“With increased demand I think clients know what they want better and people understand the value of PR, they understand that a quality company with the right talent can do a great job, and if you don’t measure up then you’re out. You’re out of the market.” 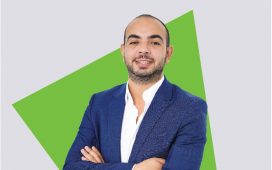 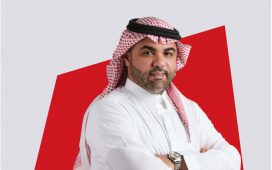 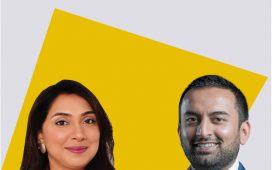 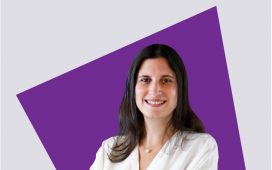 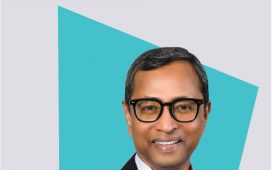