12 Predictions For The MENA Media Industry In 2022, by Augustus Media’s Richard Fitzgerald

With the development of Dubai, a media capital, post pandemic, Augustus Media CEO and Founder, Richard Fitzgerald shared 2022 predictions in line with the growing region and world of modern media. 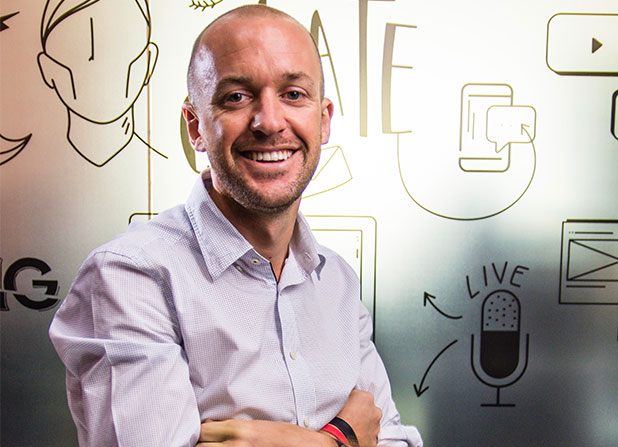 With the development of Dubai, a media capital, post-pandemic, Augustus Media CEO and Founder, Richard Fitzgerald shared 2022 predictions in line with the growing region and world of modern media.

Numbers aren’t known on what Shahid, Netflix, Amazon Prime are investing in Arabic content; however, to put it into perspective, Shahid has spent over $1 billion on content in the last decade.

Telfaz11 in Saudi Arabia has an 8 movie deal with Netflix and recently received another round of funding, so they will be well placed to produce more content. Regional production companies are now focusing on streaming platforms and social media even more. This is great for the consumer.

This space is exploding. The lines between the Metaverse and Crypto are blurring, crossing over social platforms, gaming companies and into every sector. For the case of media, we will see more project launches as NFT’s are linked to utilities; which include great access to events and more. Last year, Time launched a collection of historic magazine covers as NFT’s, selling between $55k and $138k. Decrypt, a crypto publisher launched their own reward tokens, giving points to their audience for engagement. The same publisher also launched a content studio for NFT’s, Decrypt Studios. There are some interesting projects out of Dubai up until now in the NFT space, a Dubai company bought the first-ever New York Times NFT and Lovin Dubai created an NFT of our first-ever article. Others will stay on the sidelines and believe that there is a lot of froth out there, expecting a pop.

Known as influencers in the region, the creator will have new lease of life. Facebook, Snapchat, Twitter, YouTube all have studios and product features to enable creators to publish and monetize content. Some of these funds were only available in the US, but more so they are being made available for the Arab region. For audio too, Spotify, Facebook, Apple are all investing significantly in this space. Platforms like Substack and Patreon grow in popularity, not as fast in this region, as an advertising model is preferred to fund media businesses, but that might shift gradually towards subscriptions.

This graph shows the influence Joe Rogan has had on media in the US. Saudi gamer YouTube channel was acquired by Webedia last year, we will see more of this from Instagrammers, YouTubers and Podcasters, turning their channel into nimble media companies.

One aspect that will fuel this trend, is Dubai’s ambition to be the media capital of the region. Some Saudi media companies moving to Riyadh as part of Program HQ, renewed innovation in the media sector out of Dubai is expected.

Not yet. It’s too early. While Crypto and NFT’s continue to rise in popularity, we are nowhere near mass consumer participation. There is a lot more to come in the creator economy, and the start of Web 3.0; however the regulation, digital infrastructure isn’t there yet for tokens to take off. Expect another volatile year on crypto trading prices and a lot of failed projects alongside the successes. What DMCC is doing in Dubai is great, as the City fast becomes a Crypto hub. However, this isn’t the year yet, the groundswell will continue like we were waiting for about 3 or 4 years for the year of mobile before Facebook went mobile-first in 2012 / 2013 (the iPhone launched in 2007), it will take a few more years until we are all crypto natives with mass penetration of wallets and smart contracts.

Not a massive prediction, as we know they are going global later this year. It would mean cutting ties with OSN where the Disney Plus content is already available. As Disney Plus is cited as the main global competition to Netflix, it would also bring a new player to watch in terms of subscriber numbers in the MENA region, alongside Amazon Prime, Shahid, Starzplay and Disney. The other US services are Paramount+ and HBO Max, and Peacock, some may venture to Europe but it wouldn’t be expected for them to launch here.

Up until now, the streaming wars have focused on the premium on-demand. Pay-TV control of sports rights has prevented a sports linear streaming service from taking off, however, DAZN and ESPN+ have had some success in other markets. Here, Shahid has lately started adding streaming sports, and Starzplay did for rugby, cricket and football in the second half of 2021. For non-sports content including; news, talk shows, documentaries or other non-scripted content, there are two approaches on how to linear stream. The current approach follows: for now, it has been either not to start, the smart tv penetration in the region as it is still below 10%, people still channel flicking and not app flicking, or we see how people go with an aggregator like Awaan. CNN+ is the first big linear streaming service to launch in Q1 2022, it’s unknown if this will be available here as well. Ashaarq until now hasn’t launched TV OS’s streaming apps, but this would be expected as Alarabiya already has (same offering as on cable tv), and others will follow with ‘owned’ apps, partnerships distribution strategy on OEM’s and MNO’s.

We haven’t seen much consolidation in streaming in MENA yet. This would be interesting as after raising rounds, initially $125m then a subsequent $25m in venture debt last year, there aren’t that many options left, especially when original content costs so much to compete, an exit of sorts is likely.

IRL (In Real Life) app is looking promising. Two and a half years old and has recently surpassed 18 million monthly active users. IRL is backed by Softbank, recently rated as a $1billion valuation, making it the only other media-like app after Clubhouse to reach unicorn status. It’s a chat app but also billed as Facebook Groups and Events for Gen Z, ie those who don’t use Facebook.

TikTok’s start continues to rise, in this region they have beefed up their headcount, hiring some of the top executives in the region. YouTube sees a big opportunity with Shorts among Arab youth, running Citywide outdoor campaign’s in Cairo and sponsoring the Abu Dhabi Vido Con event last November.

The Arab world is waiting for its podcast moment. Last year saw SRMG acquire Thamah in KSA. The market hasn’t been created yet, either at a consumer or commercial level. Spotify continues to set the pace globally, surpassing Apple for new shows hosted, and it would be expected for them to carry that strategy in this region. They could look at acquiring some of the podcast creators like Kerning Cultures, Finyal Media or Rising Giants Network, or go after an emerging platform like Podeo (Disclose I sit on the Podeo board as an investor). Audio will also expand into the home, expect Amazon to make a big push for their Echo devices, recently available in the market.

Another huge moment in 2021, was Anghami’s SPAC listing on the Nasdaq, expected to be complete in 2022. The share price/valuation hasn’t shifted much for VMAC (Vistas Media Acquisition Company) and all eyes will be watching whether there is a bounce or a drop on the $220m or so valuation of the company. The temperature for SPAC’s has cooled a lot for media companies, and how the market receives Anghami might be a reflection or that, optimistically it could also show a positive outlook of what investors think of media tech companies in the region. While monetization remains a challenge, the gap in valuation between Anghami and Spotify, coupled with the large population in the region, and this being the first media/tech stock available to a US public market investors for the Arab region, leads me to suspect the current share price of $10 will looking very cheap by the time 2023 comes around.

The single biggest media event in the world bar none is taking place in the Middle East for the first time in its almost 100 year history. A huge event on every level, and especially for media, it will be an opportunity for all media, either directly or indirectly. The event will bring the worlds media to Qatar, it will galvanize the Arab media documenting the tournament, it is a platform for local and national news outlets in the region, for the media for the Arab Nations participating and for those that are not, in addition, it will also bring with it increased advertising spend on all channels.