The Year Ahead 2017: Digital agencies 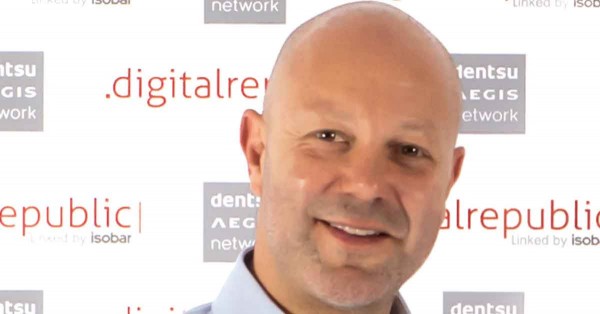 If I were to ask you to pick a number, there’s a good chance that you would pick seven. Whatever your culture or roots, the number seven is special. Many civilizations, over thousands of years, have perceived it to have a magic of sorts. Amongst numerous religious and historical texts, the number seven is cited hundreds more times than any other number in references such as the seven heavens; the seven seas; God resting on the seventh day; or the seventh son of the seventh son. A rainbow has seven visible colours; the western musical scale has seven notes; then there’s Ronaldo and CR7; and, of course, 007. You may be wondering why the preamble to my expectations for 2017 is about the number seven, well, it’s because I hope that the number seven in 2017 brings with it some of its perceived magic into the new year. To that end, I thought I’d portray my digital predictions for 2017 in a series of seven short expectations or hopes.

1. More truly integrated offerings with digital at the heart

Brands will increasingly consolidate and integrate their offerings and agencies when it comes to digital, and ad networks and agencies will continue to work to adapt with the end-client as the main priority. With the increased realisation that consumer-centricity, user experience and the need for brands to live seamlessly across multiple screens and contexts are all required to succeed in the digital economy, we will see more unified creative work crossing the plethora of consumer digital touch points. This will include real-world touch points through proximity marketing, augmented reality (AR) and mobile payment. The value of true 360-degree integrated digital offerings will increasingly become centre stage and we will hopefully see less fragmented campaigns.

The MENA region is fast maturing when it comes to e-commerce, and you can expect this growth to continue (it is predicted to hit $16bn in 2017) as government initiatives and major investments are made with the likes of souq.com, and the fast-growing m-wallet and fintech industries continue to mature. This is also
an opportunity for brands and agencies to leverage these platforms in creative ways to transform consumer engagement into real commercial transactions.

As the technology landscape and attention economy continue to remain crowded, brands will see the value of conversational one-to-one marketing as we move more toward the coveted ‘audience of one’ engagement model. This form of personalised marketing on a mass scale will gain momentum. Whether it be for customer service, e-payments or branding initiatives, chatbots will become more mainstream and we will all be engaging with one or more of these messaging robots posing as humans on behalf of brands. You may consider this the first real (potentially mainstream) application of brands engaging consumers with artificial intelligence (AI).

You may be thinking that video is ‘so 2016’, and you’d be right. But the difference in 2017 is that this will be high-quality, well produced, yet not over-budgeted online video content. Brands and agencies will get better at delivering that combination. This may be through better creative based on a multi-screen context, better use of content partners, or optimised production techniques. Furthermore, brands will increasingly consider taking the burden of the mundane (yet necessary) social media administration services out of their creative agencies, letting them focus on what they do best, creating great content.

You probably broadcast your experience on New Year’s Eve using some live video platform. If you didn’t, you certainly watched a friend’s live broadcast. This will happen more in 2017. With the relatively slow-but-sure uptake of Facebook Live, the success of Instagram Stories, Twitter introducing 360-degree live video, and, dare I say it, Snapchat coming of age, live video will feature more in our lives, and hence brands in the region will heed that call too.

Terms such as ‘small data’ and ‘big data’ will continue to be buzz words in conferences, but in 2017 we will start walking the talk and scratching deeper than the surface. Major ad networks and brands have been making significant investments in this area, and we are starting to see better data mining practice being adopted in the region. In 2017, programmatic will continue to grow, and expect enhanced data and audience management to improve performance and returns as we start to better understand all this data we are collecting.

With the need for brands to remain fresh and innovative (especially when addressing the region’s large millennial segment), they will need to offer more differentiation when it comes to the online content world. Expect to see more premium and specialised content providers gaining momentum (and surviving) through partnerships in 2017. Brands, agencies and publishers will increasingly invest, consolidate and partner with innovative content publishers, influencers and ad-tech start-ups, and will help them monetise their products and solutions to offer brands diversity over the incumbents including Facebook and Google. Furthermore, influencers will mature. More brands will engage with influencers, but brands will also be more demanding of them in 2017. Consequently, expect to a see the influencer marketing network maturing through something of a purge of these online micro-celebrities. Remaining will be only those influencers offering high-quality content, those who add true value and organic engagement and who are genuine advocates for the products they represent and promote.

Facebook and Google are actively taking a lead on tackling fake online news, and governments seem to be wanting to support this to avoid, for better or worse, the unforeseen consequences. Whichever side of the news you’re on, in the long run that can only be a good thing.

While most of us are tentatively tiptoeing into 2017, I feel an air of cautious optimism for the MENA region. I hope 2017, flanked by its notorious and mythical number seven, may just bring with it that little bit of magic we have all been waiting for.

Karim Khalifa is CEO and co-founder of Digital Republic, linked by Isobar