When print did not die

A surge in the production of high quality print publications in the Arab world indicates a positive future, believes Ibrahim Nehme, editor-in-chief of Beirut-based magazine The Outpost

“A year ago a friend of mine called me a nutcase when I excitedly divulged to him my plans to launch a print magazine. As I went on to explain to more people the idea of creating a regional publication that would channel a lot of its initial investment into high-quality print, I was met by grim reactions.  At the time, mass media’s verdict that print was dead had been solidified and the idea of embarking on a print venture seemed to be regarded as an act of sheer madness.

In the past few years, squads of ‘digital experts’ have raced to pronounce the death of magazines as the industry moved online. The evolution of social media and our instant adoption of it happened too fast. We got caught up in this massive shift and it was hard to keep track of what was really going on, what was changing, and how it was changing. It happened so soon that we didn’t have time to absorb the dynamics of this new online world, its implications on our day-to-day behaviour, and the ways in which it differs from – and complements – the physical world. We might have been prompted to make quick judgments based on superficial observations without having fully understood this new online game. In the process, we failed to recognise that print and online are completely different worlds, each serving a different human instinct – and need – and that each has different roles to play in a changing media industry.

From a different vantage point, the real world witnessed a surge in independent print titles. There was a renewed sense of optimism in the print industry despite daily news headlines predicting its demise. Independent publishers seemed to be adamant about injecting money into high-quality, well-made print products. More startling was the fact that these print magazines were being used as platforms to launch other brands. Monocle magazine, for example, has banked on its influential name to transform itself into an elaborate lifestyle brand encompassing radio, retail, food and beverage, and events; Vice has used its cheeky brand power to launch a creative agency; Wired magazine has built on its reputation to produce multi-media content and organise very expensive live conferences; lifestyle magazine Apartamento has ventured into cooking classes and supper clubs. In so doing these brands were helping in redefining the business model of the magazine industry and ushering in a new era for print. Between one tweet and the next, the conversation in the offline world was shifting from whether print will survive at all to how it will actually survive.

News outlets, however, are gradually moving their editorial operations online after realising that there is no life for news in print. Instant bursts of information can no longer have paper life because they are more positioned to be consumed in an instantaneous digital environment. Newsweek axed its print operations at the end of last year. Similarly, long standing print titles who took their readers for granted, succumbed to advert-isers’ demands, and refused to invest in original content are folding one after the other.

The rest of the print industry, on the other hand, has returned to doing what it does best: delivering timeless surprise packages to readers who want to take their time and enjoy meticulously-curated, beautifully designed and perfectly packaged content. Print is no longer being regarded as a throwaway media.

As the publishers of Delayed Gratification magazine put it: “We want to make something which is treasured, which ends its days making the bookshelf, coffee table or toilet just that little bit prettier and more civilized.”

This could not ring any truer than in the Arab world. Publishers in this part of the world seemed intent on insulting the intelligence of their readers. For the longest time, local newsstands have been home to lo-fi, glossy and celebrity-studded titles. Arab magazines have lacked imagination, complexity, guts and a point of view. It wasn’t to anyone’s surprise to see Arab readers resorting to international media to satisfy their needs for quality print.

More so, it wasn’t to anyone’s surprise to see more high-quality print publications launched in 2012 in the Arab world. These magazines are tapping into a largely forgotten market segment and filling a huge gap in the print magazine market. All signs indicate that 2013 will be the year of print’s renaissance in the Arab world: readers are demanding magazines that adhere to the highest qualities of print and publishers have realised that developing products that cater to these readers’ demands is their only survival option. For new publishers, it’s proving to be a perfect opportunity to be part of the industry’s resurrection.

Soon after the launch of The Outpost, the claim that I was embarking on a crazy endeavour a year earlier sounded almost irrelevant. Perhaps if we let the dust of this social media storm settle and take a bit of time to observe this evolutionary process and understand what has really happened, and what is really happening now, it will seem that headlines proclaiming ‘print is dead’ are, really, misconceived narratives.” 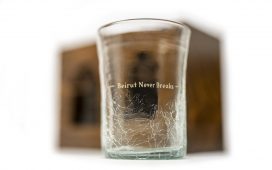 Gift And Save intends to save heritage buildings in Beirut 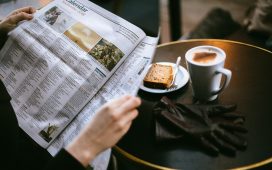 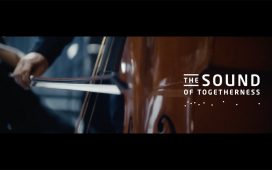 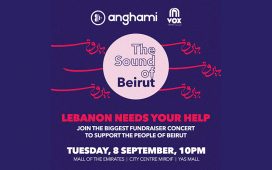 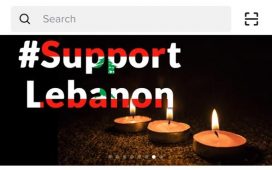 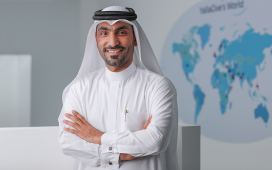