Twitter takes the ‘elevator pitch’ to the next level with #ElevatorTweets 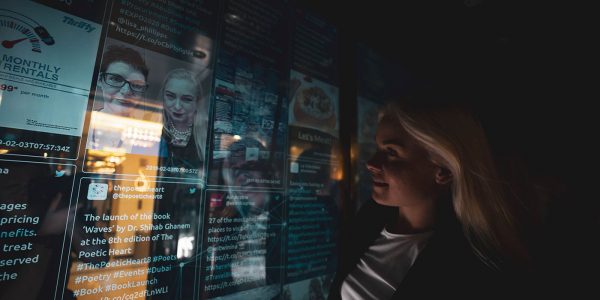 Twitter launched its new global business identity in MENA, #StartWithThem, through an innovative region-first activation. Demonstrating the power of Twitter’s receptive audiences, #ElevatorTweets turns part of an everyday work journey into an enriching, educative moment. Focusing on the core of Twitter’s differentiation, and its most valuable asset – audience. The concept was conceived to turn every ride into a gateway to curated, near-live conversations of what’s happening in Saudi Arabia, a key market for regional agencies and brands based in the UAE.

Taking place in Dubai Media City’s GBS Building, home to a number of advertising and media agencies including radio network ARN and Publicis Media’s agencies, #ElevatorTweets was launched on February 3, with potential expansion to include additional office buildings. It was put together by Geometry and Paris Tokyo.

Here’s how it works: As you enter the ‘activated’ elevator,  sensors placed on the elevator buttons will trigger signals to the temporarily-coated walls of screen mirrors, initiating the Tweets wall. After choosing your designated floor, the screens will begin to pull Tweets in relation to the floor’s office and interactive screens with rich media and video, will then appear. Every office floor will open the doors to a map of what’s happening in Saudi Arabia relevant to their business from auto and football to travel. For example, through a specific hashtag, employees of an automotive company will be shown everything they need to know about the industry and competition in Saudi Arabia, while an agency representing a travel operator will find the latest news about the industry in the market and so on.

Commenting on the initiative, Carla El Maalouli, Head of Business Marketing, MENA, Twitter, said: “The campaign aims to bring conversations and insights from Saudi Arabia to advertisers in the UAE. Twitter connects advertisers with the most valuable audiences when they’re most receptive and through #ElevatorTweets we’re encouraging marketers to keep consumers at the centre of their campaigns, and to therefore #StartWithThem.”

Several studies around users based in Saudi Arabia demonstrated that 91% of Twitter users based in the kingdom read other users’ opinions about products and services, while 88% say that Twitter is the right place for them to learn valuable things and 83% share other users’ opinions about brands on Twitter. Insights that are strengthened by the results of a 2018 study conducted in partnership with Kantar Media, for both Twitter users and non-users, which demonstrated that people in Saudi Arabia are the ‘first to try and buy new products’ (KSA – 63% for Twitter vs. 54% for non-users). Twitter is also the place where they engage, discuss (82%) and ask questions to brands directly on the platform.

“People on Twitter are not on the platform to scroll through the perfectly filtered lives of friends and family, they’re on Twitter to passionately engage, actively listen and openly connect. Our new global business identity #StartWithThem, which we’re launching through #ElevatorTweets in MENA, focuses on the people driving conversations and shaping the culture of Saudi Arabia, highlighting the strength of those conversations, demonstrating the power of Twitter through the push of a button,” said El Maalouli.