Tuning in or streaming out? By Ipsos’ Ziad Issa

Everything you need to know about TV vs VOD content. 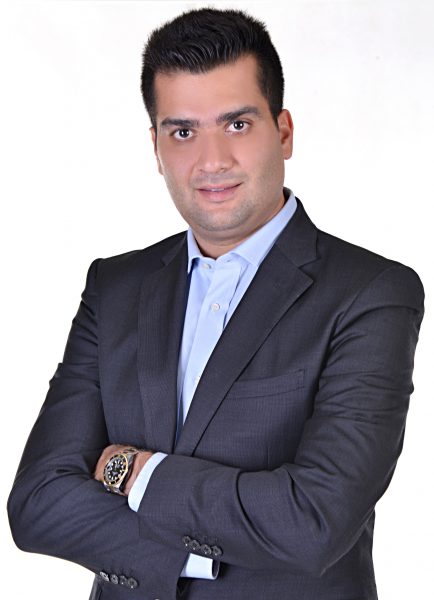 Over the last decade, the phrase ‘Death of TV’ grew to popularity as digital video consumption increased. This phrase was then amended to ‘Death of TV… as we know it’ indicating the resuscitation of TV through its digital platforms. Today, we’re once again back to talking about the death of TV due to the rise in VOD (video-on-demand) content. While there’s no doubt that VOD services – both, global and regional in MENA – have grown massively over the last few years, especially in 2020, it doesn’t necessarily mean that the growth has come at the expense – monetary or timely – of linear TV.

It’s no surprise that the time spent on social media and video sharing platforms increased as well; but, with massive chunks of free time, people sought to watch more long-form content like movies and TV shows that were easily available on streaming platforms.

When looking into the reasoning behind the increased consumption of streaming platforms since the lockdowns began, Ipsos found that 47 per cent of audiences in Saudi Arabia are more dependent on these platforms to access video content. This goes to show that OTT services have become an integral part of viewers’ lives, especially with SVOD (subscription video-on-demand) penetration in KSA representing 68 per cent of subscriptions post-lockdown, – an increase of +13 per cent from the pre-lockdown period (60 per cent).

A considerable percentage of viewers in Saudi Arabia have been allocating a big fraction of their day to view on-demand content with 3 out of 10 people consuming on-demand content during the night (9 PM to 12 AM), especially on their laptops (61 per cent) and smartphones (50 per cent).

Interestingly enough, Ipsos found that video content consumption on video sharing platforms such as YouTube is high and consistent during all parts of the day. While some streaming platforms saw a ‘churn’ (reduction in viewership as the lockdowns eased), they still saw an overall year-on-year growth with the majority of new subscribers staying on the service beyond the lockdowns.

The response of VOD players

The SVOD sector witnessed its fastest growth during 2020 globally. According to Omdia, more than 226 million new subscribers were added last year to the platforms it tracks as parts of its TV and online database.

As demand grew, streaming services were forced to increase supply and they responded promptly. Some responded by increasing their investment in original content. For instance, Netflix reportedly spent over $17bn on original content in 2020. Others increased their content library through licensing and partnerships.

There was also a sweep of media mergers and acquisitions, which were essential for some platforms to stay relevant in the industry. This has been showcased globally with some broadcasters (BBC and ITV) joining forces to create new streaming services such as the UK’s BritBox, while other new players such as Disney+ and Apple TV+ ramped up their operations, making it harder for existing services to maintain their success without reconsidering their business models.

Streaming services in the MENA region

Paying heed to the growing media consumption in the region, global platforms like Netflix and Amazon are expanding their services and investment. Amazon launched its Prime Video service to Saudi consumers earlier this year while Netflix signed a five-year partnership with Saudi studio Myrkott to produce local content. Both platforms are also working to ensure Arabic subtitles and/or dubbing for all content.

Regional players are not excluded from this narrative either! For example, while some platforms are dubious about allowing sporting events to be hosted on OTT platforms, the Dubai-based StarzPlay signed a deal with Abu Dhabi Media to live stream UFC content and events across the Middle East, which seems to be the best course of action to cater to a wider target audience. It also partnered with Discovery+ and Japanese anime providers TV Tokyo to add more diverse content to its library.

OSN took a big leap last year revamping its streaming app Wavo and re-branding it as OSN with a broader range of exclusive entertainment content and updated features for easy use. This reconstruction of the platform and fierce advertisements campaigns undoubtedly helped the brand elevate its positioning in the market.

It was also an interesting year for regional players like MBC’s Shahid VIP, as not only did this brand focus on creating originals that are culturally relevant and exclusive, but it also extended its offering beyond the MENA region in Q3 2020, making it the first dedicated Arabic streaming service in North America. This move will definitely garner the platform an influx of users from the millions of Arabic-speaking viewers living in the U.S. and Canada, as well as leverage its brand value over other competitors.

The impact on linear TV

The undeniable increase of overall media consumption in the last few months resulted in an increase in total media entertainment. Ipsos has noticed that online streaming is not compensating any lack of the linear TV viewing but enriching the general media consumption by additional hours of digital content. In fact, online streaming and viewing has added up to linear TV.

Despite the rise in digital content consumption and the growth of on-demand platforms, linear TV remains high in the GCC region, and more specifically in Saudi Arabia where the reach of linear TV (96.8 per cent in January 2021) has remained consistent with the viewership witnessed during 2020. Nonetheless, the time spent viewing this media channel has increased by 20 minutes compared to a year ago, representing a 7 per cent increase from January 2020.

It is worth noting that traditional-linear TV broadcasters have ramped up their digital efforts whether that’s through their social media channels or streaming services. This means that the rise of digital viewership is complementing their TV viewership rather than taking away from it.

People in the UAE and KSA are becoming more aware of the brands offering on-demand content year after year. In 2020, 92 per cent of internet users above the age of 15 in these two countries were able to name the brands offering on-demand content versus 84 per cent in 2019.  As people spend more and more time across various media channels, it is critical for brands, now more than ever before, to get an accurate sense of a day in the life of their audience with regards to media consumption. This can be especially tricky due to the volume of digital media channels and streaming providers.

From the time people wake up to the time they sleep, and sometimes even in the middle, they’re always tuned in. While this increases the opportunity for advertisers to get their message across, it also increases the chances of irking a potential consumer if the targeting is wrong.

It is no longer enough to rely on traditional measurement solutions. As audiences and technologies evolve, so should our understanding of them.

Ipsos realizes the significance of digital audience measurements in providing superior and more realistic data regarding viewers’ day-to-day consumption of media elements irrespective of the platform. In fact, Ipsos in MENA is enhancing the groundwork for OTT measurement solution. In a region that is undergoing an advanced transition to digital, supported by advanced tech-infrastructure, Ipsos is ready to accompany its media clients and partners, and to provide the market with the latest insights and trends.

Aligned with its global digital measurement offering, Ipsos is keen to provide innovative products and services covering digital, video and audio streaming. Additionally, Ipsos is continuously tracking and monitoring the performance and consumption of the different streaming platforms across the region through its yearly “OTT and Streaming Tracker”, covering four markets (KSA, UAE, Egypt), and Kuwait being added this year, making it the trusted partner of leading audio and video platforms, agencies, broadcasters and publishers.