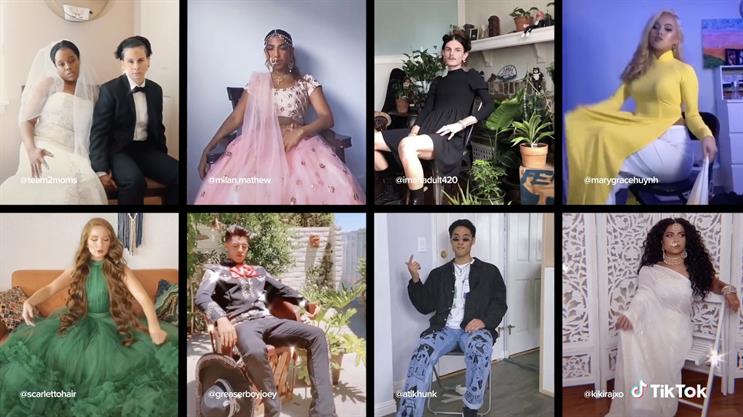 TikTok has launched its biggest ad campaign to date as 15 September – the deadline by which US president Donald Trump has demanded the company sell its operation there or face being shut down – draws closer.

“It starts on TikTok”, created by US agency Known, will run across TV, social media, digital and out-of-home. Following its launch in the US, it will roll out to the UK, Europe, Latin America and south-east Asia from September.

Loving all of you and the things you do.
Celebrating you. #ItStartsonTikTok pic.twitter.com/Ls6eg6e7cr

The campaign highlights the ability of TikTok content to move quickly from being a personal experience to generating a cultural moment that travels across countries, cultures and communities.

At the centre of the 30-second spot is Sing to Me by Walter Martin featuring Karen O and a mix of clips from famous creators. An extended 60-second version is set to run on digital platforms, while 15-second spots will highlight individual creator stories.

TikTok shared specifics on five categories from the platform that it is featuring in these films.

These are: “careers are born”, highlighting creators who have gone on to launch successful entertainment careers; “hobbies find a home” for communities to share their passions; “families come together”; “learning is reimagined” and “causes find supporters”.

TikTok said in a blog post: “On TikTok, what begins as a personal experience – laughing to yourself while watching videos, saving favorites to share with family, hitting record for the first time – cascades into inspiring, reverberating impact that touches hundreds of millions of lives all around the world.”

Meanwhile, enterprise software giant Oracle is the latest potential bidder reported to be interested in acquiring TikTok’s US business. Microsoft is regarded as the frontrunner to buy the Chinese-owned platform, while Twitter has also been linked with the deal. It remains to be seen which other markets besides the US will be included in any eventual sale.