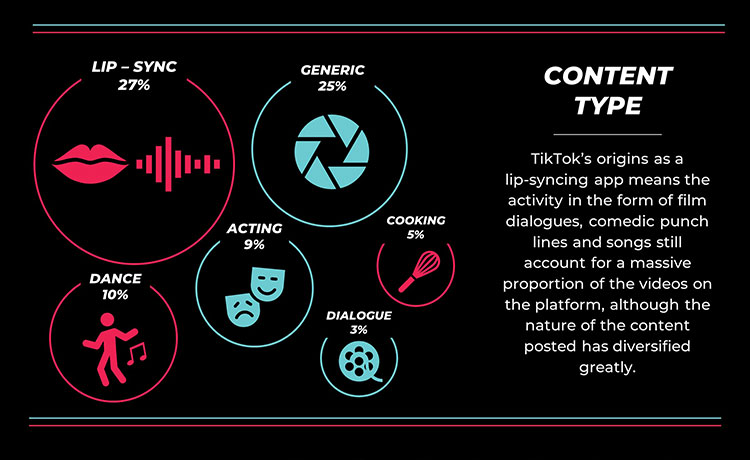 Short-form mobile video platform, TikTok, is seeing phenomal growth across the GCC, with the app ranking among the top downloads in regional Apple and Google Play Stores despite the controversy around the Chinese-owned platform in the United States and elsewhere.

The region’s top content creators are continuing to grow their follower base and generate fan engagement.

Latest figures from analytics and technology consultancy Anavizio – which has been tracking TikTok’s growth in the GCC throughout this year – shows the new influencers on the platform enjoying phenomenal fan growth, with a number of top content creators from Saudi Arabia and the United Arab Emirates increasing their fanbase by a million or more between February and August. This includes influencers such as UAE-based Sarahh Miladd (@sarahhmiladd) who has seen her fanbase surge from 4 million in February to 6.6 million as of mid-August with an average of 126,000 hearts and 2,000 comments per video.

Influencers in the other GCC countries, while perhaps not seeing the same follower growth numbers in absolute terms due to smaller fanbases, are nevertheless seeing incredible growth in percentage terms.

As seen from the table above, influencers have continued to increase their fanbase between July and August despite the increasing rhetoric from the US Administration about banning TikTok or the recent prosecution of five TikTokers in Egypt for indecency.

Of note is that the most popular TikTok influencers in the GCC have emerged on the platform itself rather than crossed over from more established social media channels such as Instagram.  This new breed of influencers emerging across the six GCC countries by and large appears to be younger than on other platforms and more in tune with TikTok’s Generation Z audience.

Beauty industry mogul Huda Kattan (@hudabeauty) is one of the few celebrities or influencers to have successfully crossed over, ranking among the top UAE-based TikTok influencers with 2.1 million followers (although this pales in comparison to her 47 million Instragram followers).

However, this is not for a lack of trying with many GCC celebrities and established influencers flocking to TikTok over the past year. It may therefore simply be a question to time before the better known personalities establish themselves on TikTok. Examples include Saudi Arabian TV personality Lojain Omran (@lojain_omran) with 9 million followers on Instagram compared to 66 thousand on TikTok or Emirati singer Ahlam Al Shamsi (@ahlamalshamsi) who has 12 million Instagram followers versus just under 140 thousand on TikTok.

At the same time, the more successful cross-over influencers who have gained a million or more followers on TikTok – such as Huda Kattan, Saudi fashion model Model Roz (@modelroz, 1.4 million TikTok followers) or Emirati internet couple Khalid & Salama (@khalidandsalama, 1.7 million followers on TikTok) – are in race against the new TikTok stars who remain a step ahead by continueing to rapidly grow their follower base.

However, one has to also bear in mind the format and lighthearted nature of content on TikTok. The new influencers on the platform are all highly creative content creators, putting out skits and routines around a range of topics such as fashion, beauty, comedy or dance. While these subjects, particularly fashion and beauty, align with the interests of popular influencers on other platforms, the key is to package the content in a way that appeals to the often younger audience on TikTok.

Creating the right content and presenting it in new and engaging ways also applies to brands as much as it does to celebrities and mainstream influencers. Brands in the GCC region have yet to take to TikTok in a big way, with product promotions making up just 1% out of a sample of 8,000 influencer posts analyzed by Anavizio.

TikTok as a whole is popular among Generation Z, whose members have strong notions about such things as brand purpose and may not necessarily engage with content that is blatantly promotional. Should brands therefore wish to capitalize on the TikTok growth trend they would need to tweak their existing influencer marketing strategy to suit the platform, focusing on who they want to reach and speaking their language.

At the same time, brands need to allow the influencers creative license to create content in their own unique styles which fans have come to love and expect. While this would need to be done within agreed parameters that protect a brands’ image and reputation, seeking too much control stifles creativity,  rendering influencer marketing ineffective and backfiring among the intended audience.  On no platform is this more important than TikTok where success is so tightly linked with creativity.

However, prior to taking the TikTok plunge, the bigger question for brands will be the fate of the platform in the United States. While Tiktok’s global problems have not yet had an impact on it’s usage and growth in the Middle East, it would be prudent for brands to take a wait a see approach over the next few months. If, for instance, American companies are banned from dealing with TikTok, as the recent White House executive order suggests may happen, then the app will presumably be removed from the Apple and Google apps stores. Such a development would obviously have a worldwide impact irrespective of a government’s stance on the matter. Nevertheless, that shouldn’t stop brands who would otherwise be willing to enter the TikTok fray from starting to think creatively about how to engage on the platform once the time is right.

The research is based on a sample of 8,000 videos posted by the most popular TikTok users – based on follower numbers – in each of the six GCC countries between January 15 and August 15, 2020.

The research report can be downloaded here.