MIS Gulf’s CEO, Marwan Kai examines the role of TV news in documenting the massive changes going on around the world. 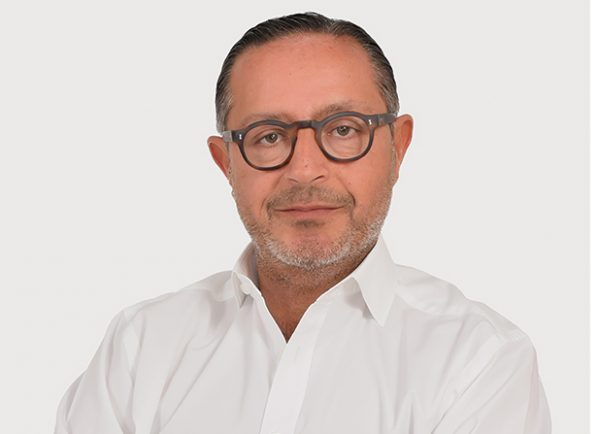 In my lifetime the world has been through various resets that have had a global cultural and geopolitical impact. These include the fall of the Berlin Wall, 9/11 and the financial crash of the late 2000s. Now, in 2022, we are on the cusp of another reset.

The pandemic had already altered the world in ways previously unimagined, and now a war in Ukraine with potentially far-reaching consequences adds to the realisation that we are at a departure point from ‘what went before’. This relates to a wide range of areas – from changing cultural norms, new methods of communication and accelerated use of technology through the pandemic, through to humanitarian concerns, a redrawing of geopolitics and changing dynamics around energy supply and usage, food security, supply chains and much more due to what is happening in Ukraine.

As with everything in life, there must be light as well as shade. In times of chaos, people look to brightness for inspiration. What gives me hope right now is that the Middle East can be the nexus for positive change that will come with a reset. Just look at what is being achieved across the region right now and you’ll see that the energy and forward movement are palpable.

The UAE has just held a historic World Expo that exceeded all expectations, hosting more than 32,000 events and with more than 20 million visits during its six months; Qatar is putting the finishing touches to being the stage for the region’s most high-profile sporting spectacle with the FIFA World Cup; Egypt is making great strides in economic progress and meeting sustainable development goals; Saudi Arabia’s youth continue to be a source of inspiration and progress. The list could go on.

People around the world are seeking information and insight into both the drivers for the great reset as well as the solutions and progress being made to rise to the challenge of the new era. The answer to disseminating this knowledge at a global level lies with the news brands that people know and trust.

In last year’s Campaign Middle East TV issue, I wrote about the way that TV news has changed (the way it is now produced, distributed and consumed is way beyond how it was originally conceived) and yet how it has stayed the same (it continues to be built on the same values of facts and credibility). CNN – a company dear to my heart, and that I have had the honour to work with for two decades – exemplifies this progress as it continues to deliver essential news and information, while at the same time innovating in the way it reaches audiences. The last year has seen innovation across all platforms, including: an increased audio slate; the expansion of CNN’s newsletter offering (including one coming soon about the Middle East); an increased focus on female empowerment and Arab youth in the digital output in CNN Arabic’s 20th anniversary year; the launch of subscription services in both the US and the UK; and even the availability of digital collectables, or ‘Moments’, from CNN’s archives, minted as NFTs using blockchain technology.

It is through the power of TV news and its extended reach across digital platforms that audiences will engage with the seismic shifts happening right now. This hunger for information, the trusted nature of the news brand and the vast audience reach combine to have a great impact. Consequently, we know that when a story or a campaign runs on CNN it has a capacity to reach the more than 800 million people who consume content on CNN directly itself, but that story also goes far beyond through a ripple effect. This effect manifests itself through CNN storytelling driving real-life and online social conversations, setting the agenda for other media as well as shaping opinions and causing action to be taken by political leaders, people of influence, business executives and everyday global citizens.

As media fragmentation continues, there are very few global media brands that can claim such access, reputation and reach to deliver on this promise. But the enduring power of TV news to shine a light on an important story, elevate it to global status and generate true interest amongst a worldwide audience remains unique. This pertains to the news agenda, of course, but must also be seized upon by brands and public-sector bodies across the Middle East as part of their communication strategies if they truly want to be part of the global conversation.

Our region has often been misunderstood, misrepresented and mischaracterised by other parts of the world. Only by being bold in the way we communicate our successes – from the Dubai Expo to the Qatar FIFA World Cup – can nations, people and businesses from here in the Middle East capitalise on the role we will play in this new era that the world is entering.