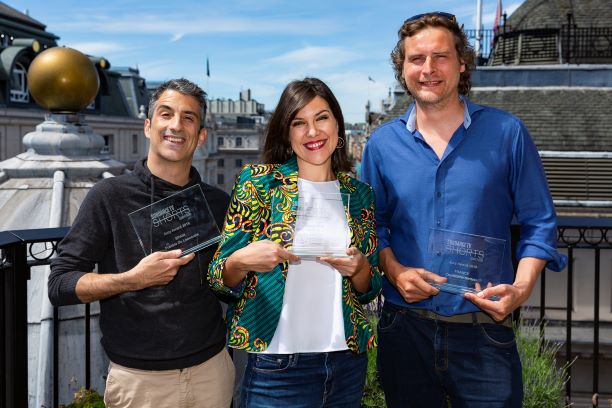 SundanceTV has announced its first SundanceTV Shorts competition in the Middle East and North Africa region, following last year’s successful South Africa edition. This year’s winning entrant and three runners-up will have their films broadcast on SundanceTV later in the year. The channel’s regional affiliate, beIN, will serve as official partner, and cultural partner DFI will support the competition by connecting established and aspiring filmmakers with SundanceTV’s competition.

“The SundanceTV Shorts competition embodies the true spirit of the channel itself,” said Harold Gronenthal, Executive Vice President, Programming and Marketing for AMC Networks International.  “Providing a platform for independent storytelling, it shines a spotlight on new and emerging talent.”

The Jury Prize for the 2020 SundanceTV Shorts Competition will be judged on a number of criteria, including creativity, entertainment value, original storytelling and production values. The winners will be announced in November, and their films will be broadcast on SundanceTV on beIN channel 75 in MENA, later in the year. The jury will be led by Gronenthal and additional jurors, whose names along with competition prizes will be announced shortly.

Submissions to the 2020 SundanceTV Shorts competition can be made from 4th August to 18th October at https://www.bein.net/en/sundancetvshorts/. Entries can be submitted by the producer or director, who must provide proof of residence in the MENA. Films should be no longer than 15 minutes and must be delivered with English subtitles if English is not the spoken language. SundanceTV Shorts competition is open for all who have a story to share, irrespective of whether the short film has been produced with sophisticated equipment or with a mobile phone. Entries must meet SundanceTV’s official rules and technical requirements, available on the website.