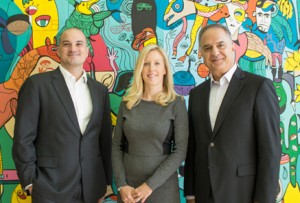 Leo Burnett and Publicis group of companies have announced the launch of social and mobile agency Holler in Dubai. London-headquartered Holler was founded in 2001, and acquired by Leo Burnett in 2011.

Raja Trad, CEO, Leo Burnett and Publicis group of companies, MENA, told Campaign Middle East, “Holler will support all units under the Publicis umbrella. Social has always been a part of our offering. The big challenge for Holler will be to enhance the existing offering. The Holler team will work as an integrated team partnering with brand teams in Leo Burnett and Publicis (group).”

Digital currently accounts for 27 per cent of the revenue for Leo Burnett MENA and Publicis Middle East, revealed Trad, adding that the number is ‘definitely growing’.

The group launched LB Digital in 2000 in the Middle East, and acquired Flip Media in 2012. The latter’s CEO Yousef Tuqan, now chief innovation officer, Leo Burnett Group MENA, stated that the launch of Holler was ‘part of the evolution’.

While the group already serves several clients as the social media agency on record, Holler’s ‘wealth of digital knowledge and cutting-edge tools’ would add to client campaigns in the region, he added.

Tuqan said, “Increasingly, clients are asking for digital integration and specialisation. Our effort has been to expose the whole agency to digital and social. Besides which, there are experts with specialised skillsets and best practices strengthening the offering.”

The specialist Holler’s Dubai office has a team of five currently – a number that will grow in future, according to Trad. It will be headed by Ema Linaker, regional director. Linaker was founding regional director, [email protected] MENA, in her last assignment. She moved to Leo Burnett September 2014.

“The desire of some of the clients is starting to match the savvy consumers. With the growth and base of social media in the region, I am very excited by the opportunity. Holler is about smart, responsive campaigns for a connected generation,” she surmised.

Holler will work with teams at the 12 Leo Burnett offices in MENA, and four of Publicis Middle East.