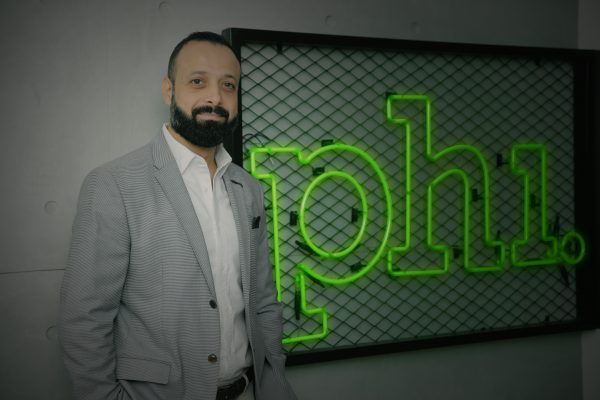 Saudi-based creative agency Phi has announced the appointment of Riebal Hmaydan as its chief executive officer. Established in 2007, part of Naif Alrajhi Investment group, Phi is among the first established local creative agencies in the Kingdom of Saudi Arabia and the first to launch government-to-consumers awareness campaigns, having its headquarters in Riyadh and affiliate offices in Cairo and Dubai.

Hmaydan has a professional portfolio that spans over two decades, working across communication disciplines and constantly driving growth and innovation in a fast-paced industry from his positions at Ogilvy & Mather, Leo Burnett, Rotana Media Group, Creative Closets, and other creative organizations.

With a strong focus on leadership, operations management, and business development,Hmaydan has been playing an integral role at the Riyadh-based PHI since 2017, serving as its managing director for five years, during which he led strategic growth, improved profit margins, built strong partnerships with key clients, and expanded the agency’s services to become a fully-fledged creative house.

According to Phi, Hmaydan is a strong advocate of compassionate leadership and managed to transform the agency into a human-centric agency focusing on its creative assets, its people. He is always determined to add value to every project he takes on, and his approach aims to help brands build strong emotional as well as intellectual relationships with their audiences, subsequently achieving sales targets.

Hmaydan is a holder of a BBA in Entrepreneurship from the American University of Beirut, in addition to certificates in digital marketing, innovation, leadership and business management from a variety of institutes, including Columbia University in the City of New York, HEC Paris, the London School of Business and Finance LSBF and, most recently, Unconditional Men.

On his appointment, Hmaydan said: “I’m proud to be given the opportunity to grow phi creative agency, to be behind driving the next chapter. Building on the achievements of phi, we are aiming to expand our services to include the latest in tech, experiential and innovation with an aggressive expansion plan locally, in the GCC and North Africa.