The problem with keeping mum

Agencies may have more women than men in junior roles, but the industry needs to talk about why that changes closer to the top 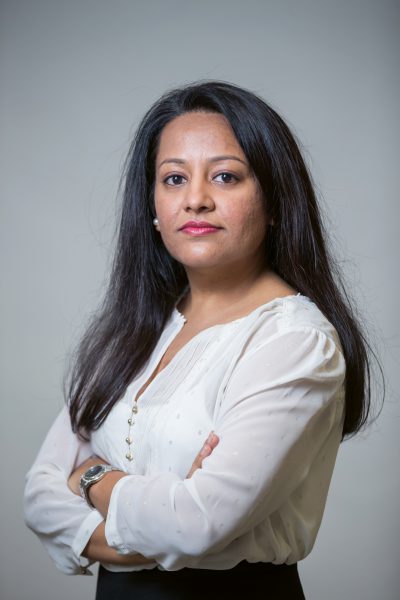 The series Mad Men was a powerhouse of creativity and very often its work-culture depiction is compared to ground reality. But how far, or close, is it from our present reality in the Middle East? We constantly hear the need for gender diversity and its advantages in all aspects of business, and how corporations need to do more to promote women in the workplace. That said, from 1960, women and agencies have come a long way; now on average women occupy more than 50 per cent of junior roles and this number is constantly getting larger.

Young women in the Middle East are ambitious and hard working. They know what they want and they will go after it. Where most families still want their sons to be doctors or engineers or take over family businesses, women are exploring new professions. Women are also increasingly outperforming their male counterparts in most aspects of business.

While managing talent at WPP agencies, I observed that managers and leaders increasingly rely on women employees to manage client expectations and increase billings. This results in women being nominated for more training and to work on big-budget clients. Women are also put at the forefront as they are expected to have a better understanding of female consumers as decision makers. I have also had scenarios where we had to find male candidates because the teams were all women and we had to balance gender diversity by hiring men. In one specific instance, we wanted to find motorheads to manage an automotive client and the majority of the shortlisted candidates were women.

However, as per the 2018 survey by IPA, there are less than 30.9 per cent of women in C-suite roles in advertising, much the same as when the industry was first surveyed in 2016 and women held 30.3 per cent of those positions. The situation is getting worse one step below, where the female representation among departmental heads fell from 41.8 per cent in 2016 to 38.2 per cent in the latest survey. In the extended arena, globally just 6.4 per cent of Fortune 500 companies are led by a female CEO.

As per the general trend when women reach their thirties, their priorities are split between their young families and work commitments. Women still play the role of primary care-givers in most families, and hence their focus and efforts need to be diverted to both aspects, which results in a higher burnout. In industries such as ours where high pressure, long hours and unrealistic deadlines are the norm, women constantly feel guilty about not being able to give 100 per cent of their attention to their families. This industry also holds high importance to face time spent at work. Women increasingly feel neglected and isolated if they are unable to be part of late-night team outings, client functions or even pulling an all-nighter for an urgent submission, in order to take care of a sick child. Every leader – man or woman – is expected to put in long hours and be present at the hour of need, no matter what. But if the leader also happens to be a single mum, it becomes increasingly difficult to manage. Another area of concern is maternity leave, where women’s growth stalls for at least two years if they take time off.

Another problem is promoting within. Agencies pride themselves on grooming and promoting talent internally. That is a great agency culture, so how does that become a problem? If a woman decides to take a career break for a few years from a senior role to focus on her young kids, she finds it very difficult to re-enter the advertising job market as most senior roles are filled internally. Furthermore, she also loses out by being
out of touch with the ever-changing trends
and technology.

Just as globally, even in the Middle East agencies are becoming more supportive and are giving the flexibility that new mums need. However, the problem also lies in the fact that most decision makers in top management are men and their understanding of the subject and options is limited.

So while agencies are trying to make the floor more inclusive, what can women do to cultivate a best-case scenario in the future for themselves? Plan ahead. Whilst starting out, women need to be coached to invest in their network. They also need to be taught how to develop a strong brand for themselves, so in case of the unlikely scenario where organisations cannot do much to help with the work-life balance, women are able to craft a niche area of expertise for themselves. However, this can’t be done overnight; rather we need to train our young girls to think strategically and independently from their first day in the job.