The Middle East’s leading entertainment business is on the receiving end of huge spike in viewership across both their streaming and linear TV platforms, driven by new and exclusive content from Disney and HBO 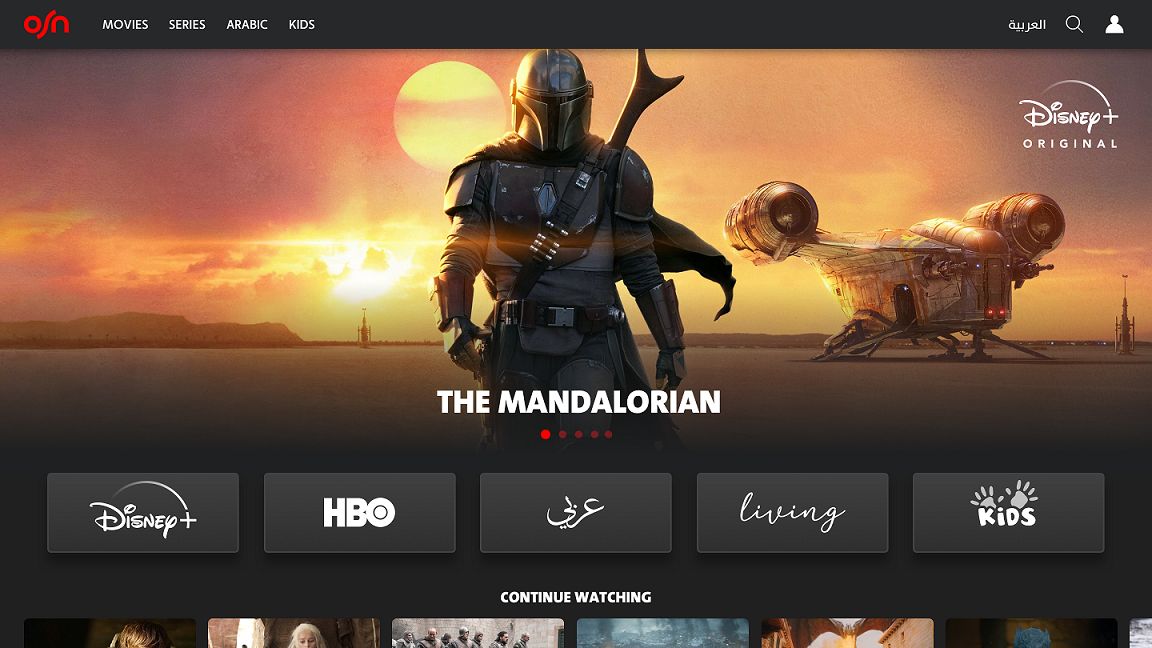 OSN released valuable insights into customer viewing habits over the last 6 weeks including the performance of their newly added Disney+ Originals  content that features on OSN Streaming.

Recent figures of viewership on the newly rebranded OSN Streaming service show a 900% rise in consumption of content since March 1st 2020.

“We are thrilled that people are spending more time streaming our content, and the real win for us is to see our users recommending our series and movies to their friends. . We have seen 1700% increase in downloads of our mobile apps since the start of March with no signs of it slowing down. We have invested a great deal of time and effort into ensuring we provide the best programming to our customers and it very rewarding to see our Disney, Marvel and HBO content driving these new subscriptions” explains Sonia Lekhal, Chief Marketing Officer for OSN.

While OSN Streaming has seen consumption rise significantly across all genres, family programming categories such as kids, animation and adventure have seen a 22x increase in viewing. Much of this increase can be attributed back to the addition of Disney+ Originals content earlier this month: over 75% of the top family movies being watched are now Disney.

It’s not just kids enjoying the new Disney+ Originals, as of today Disney content makes up over 30% of the total content being viewed on the platform, thanks in part to the exclusive launch of brand new original content such as The Mandalorian.

“While increases in prime time hours are there, we also are seeing some interesting new peaks emerging along with this increase in viewing time, for example in the last 6 weeks we have seen a 100% rise in viewing between the hours of 3am-6am,” continues Lekhal.

OSN’s streaming library boasts thousands of hours of universally acclaimed movies and series featuring some of the world’s most binge-watched content such as ‘Game of Thrones’, ‘Westworld’, ‘Grey’s Anatomy’, ‘Killing Eve’ and now Disney+ Originals content such as ‘The Mandalorian’. OSN’s content is especially curated for Arabic audiences and includes the hugely popular Pan-Arab Drama ‘Ma Fiyyi’ and Turkish Rom-Com ‘Alhob Warta’.