Main succeeds John Seifert, who announced plan to step down in April 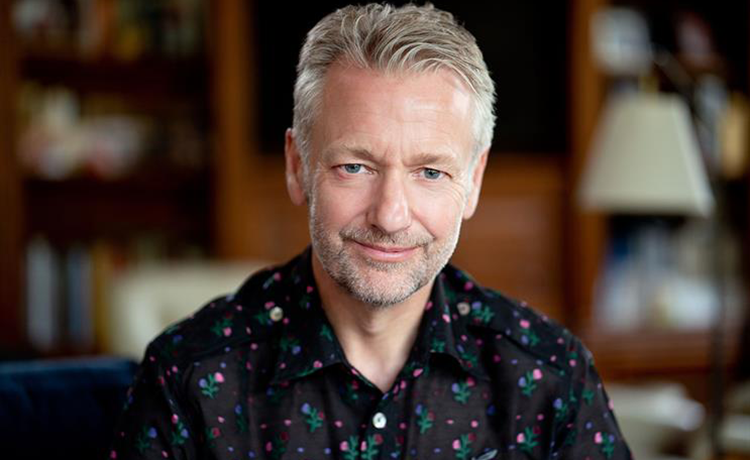 Ogilvy has appointed Andy Main, global head of Deloitte Digital and a principal at Deloitte Consulting, as its next chief executive.

He replaces John Seifert, who has worked at the WPP network since 1979 – a decade before it was bought by Sir Martin Sorrell’s then relatively young holding company – and has been CEO since 2016.

Main will join Ogilvy in July to begin a leadership transition. Seifert told staff in an email in April that he intended to retire – although did not give an exact timeframe, saying that he expected to hand over at some point in 2021.

A Scot who attended the University of Edinburgh, Main joins Ogilvy after 21 years at consultancy giant Deloitte, with the last six spent running its agency operation Deloitte Digital from Denver, Colorado.

Under Main’s leadership, Deloitte Digital made the first significant move by consultancies into creative services, going on to snap up the likes of Acne and Heat. Deloitte and its rivals, especially Accenture, are now major players in the global ad industry.

WPP’s ability to hire an outsider of Main’s stature will be a tonic for the company, which has seen its fortunes slump since 2017 and replaced Sorrell as chief executive in 2018.

Main is based in the US and uses the Twitter handle @scotinco to reflect the fact he is a Scot in Colorado.

He knows WPP and was invited to speak in his Deloitte Digital capacity at a private WPP strategy day in September 2017 – the final strategy day hosted by Sorrell as chief executive.

Main addressed about 50 senior Ogilvy executives by video earlier today, ahead of the public announcement of his appointment, and an insider said they were “excited” about the new CEO.

His agenda is likely to be “modernising Ogilvy, with creativity at its core and a strong dose of technology”, this person predicted. “The immediate worry is his creative credentials, but when you look at what he has said previously and the acquisitions he’s made – principally Heat – he does believe in creativity.”

Main is “one of our industry’s most admired leaders”, Read added: “He has demonstrated the effectiveness of blending creative, technology and consulting services. His belief in the power of creativity to transform businesses and the importance of people and culture in organisations aligns closely with our vision for WPP and our agencies.”

Read also paid tribute to the “tremendous leadership” of Seifert.

“Andy’s personal and professional experiences could not be more relevant for the ongoing transformation of Ogilvy and WPP at a moment of extraordinary change and opportunity in our industry,” Seifert added.

Main said: “Ogilvy is a name synonymous with creative and strategic excellence, and I am honoured to become the company’s next CEO. We have a great opportunity to help clients deliver sustainable growth by using Ogilvy’s creative genius to transform not only brands but entire businesses.

“We must also be a company with a clear culture of belonging, where talented people from under-represented groups are championed and supported throughout their careers, and given the chance to reach the very highest levels of the organisation.”

Main also made reference to the recent Black Lives Matter movement, vowing: “Ogilvy will play its full part in implementing WPP’s clear and unequivocal commitment to anti-racism – with the recognition that we will be judged not by our words, but our actions.”