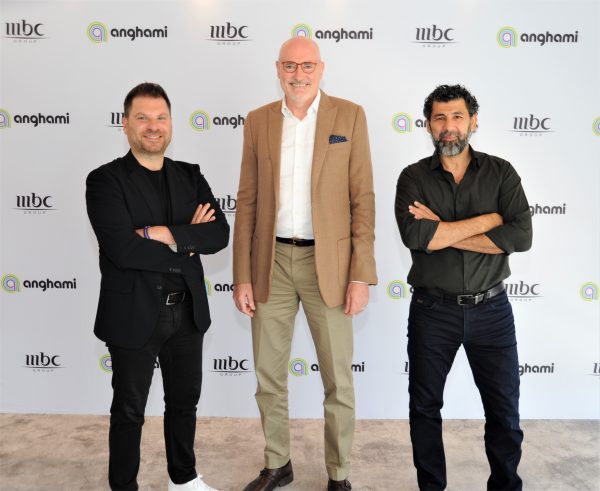 MBC Group, the largest media company in the Middle East and North Africa (MENA), has set a new dimension for the marketing collaboration with regional music and entertainment streaming platform, Anghami and renewed its marketing agreement.

This strategic partnership will feature Anghami across MBC Group’s programming in the region, to give the platform access to airtime across various popular and key-market segment entertainment shows such as The Voice and Arab Idol, as well as MBC’s TV channels, radio stations, its content streaming platform Shahid – the world’s leading Arabic streaming platform – and all major social channels.

Commenting on the new phase of the long-term partnership with Anghami, Fadel Zahreddine, group director of Emerging Media at MBC Group said: “After nearly a decade of a successful partnership, we continue to create new opportunities for rising music talent, and we continue to inspire upcoming musicians by encouraging platforms like Anghami to give them the creative space to publish their premium music content.”

Underpinning Anghami’s commitment to growing its global reach and cementing its foothold in the MENA region, the partnership marks an expanded deal between both parties to bridge the gap between digital and traditional entertainment.

“This strategic announcement clearly demonstrates among industry titan’s such as MBC Group the continued and growing confidence in Anghami and in our ability to provide an unparalleled experience to our users. Together with MBC Group, we are excited to strengthen our position as the leading music and entertainment streaming platform and will continue to leverage the power of our strategic partnerships to widen our reach in the Kingdom of Saudi Arabia and beyond,” said Eddy Maroun, co-Founder and CEO of Anghami.