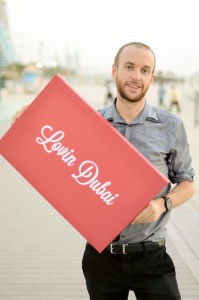 The free tabloid closed at the end of December after struggling to find a viable business model in a climate of reduced print advertising spend.

A representative of Augustus told Campaign that the transaction was for “a substantial amount of money,” and involved the purchase of the social media audience from Al Sidra Media, the local owners of 7Days, with approval from Daily Mail Group, the title’s international owners. “It isn’t a purchase of 7Days’ brand; it’s purely an acquisition of the social media audience,” said the spokesman. The merger will allow Lovin Dubai to treble its traffic.

Fans have been merged across from 7Days’ Facebook and Instagram accounts by Facebook, and duplicates have been removed, along with all 7Days’ history. Now Lovin Dubai has 747,000 Facebook fans. Before the transfer it had 122,000.

Richard Fitzgerald (pictured), editor of Lovin Dubai and founder of Augustus, said: “Social media plays a crucial role in how media is consumed today. We are delighted to take on the profiles of 7Days UAE both regarding assuming a broad audience that now has a gap in their daily newsfeed and accepting the responsibilities that go along with it. It is an honour and a privilege to be able to continue the legacy of 7Days in a small way.”

Mark Rix, 7Days’ CEO, said: “Over the last few years we have built a large and highly engaged audience across our social media platforms due to the high quality and unique nature of 7Days’ content. We believe Lovin Dubai will continue to inform and entertain you in the same spirit and we hope you enjoy being part of their community.”

Lovin Dubai has also hired 7Days’ former features writer Caitlyn Davey as deputy editor. “This hire will ensure that some of the reporting style of 7Days is continued,” said the spokesman.