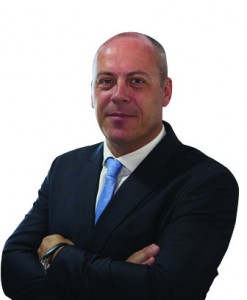 The author ponders over what everyone will watch on the fantastic new products being launched.

Happy New Year everyone, and what a year it promises to be!

Reports out of CES 2015 in Las Vegas suggest that thinner, faster and more connected is still the driving force behind new technologies.

It’s ironic that what we used to call televisions, but are now more immersive home visual displays, were the main talking point even though the more traditional appointment to view broadcasting of big shows seem to have been confined to the past and replaced with real time, anytime, anywhere viewing.

The land grab that was smaller more powerful mobile handsets and tablets has a counterbalance of bigger static systems with curved new displays that are thinner but more powerful than ever.

The old economies of scale and mass broadcast allowed studios to invest huge amounts in blockbuster series confident that advertising dollars would ultimately pay the bill. If that model is dead – or at least breathing hard – what will everyone watch on these fantastic new products?

In other developments there was a resurgence of audio products and the simplifying of wearable tech at the same time as Oculus started to demonstrate a truly unique experience for gamers that might well be commonly available in a matter of a few years.

No wonder then that Rob Norman, chief digital officer for GroupM worldwide was able to suggest that the days are numbered for the old media distribution models.

The impact for advertisers will be enormous. Agencies will need to find new ways of showing clients how to reach their customers in an effective and efficient way and optimise the connections between people and devices.

We will all also need to find ways of truly integrating everything we do in real time without skill set or geographical boundaries.

(The author is Nick Barron, CEO, MediaCom MENA. This article appears in the issue of Campaign Middle East dated 25 January 2015.)