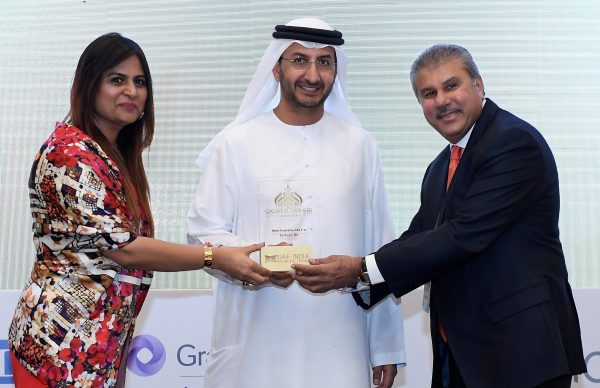 The fourth edition of the annual UAE-India Economic Forum organized by UMS Conferences was held on Wednesday, October 24, 2018 with the aim of strengthening bilateral trade links. The event focused on benefits of the increased collaboration in investment, trade, infrastructure, ports, banking, finance, and tourism between the UAE and India. Mr. Ali Asgar Mir, Managing Director of IAS Media – representatives of International Media in the MENA region and Ikon Group, was awarded with “Media Personality of the Year” for his contributions to the Media sector in the MENA Region for over 3 decades.

He is one of the most well-known and respected names in advertising, media and marketing in the MENA region as well as a highly successful professional, Mr. Ali Mir has been described as the ‘Media Mogul’ in Saifur Rahman’s book “The Visionaries,” which traces extraordinary stories of the economic miracles of entrepreneurs. On receiving the award, Mr. Ali Mir said he is greatly honored and expressed his gratitude to the forum for recognizing his efforts over the past three decades.