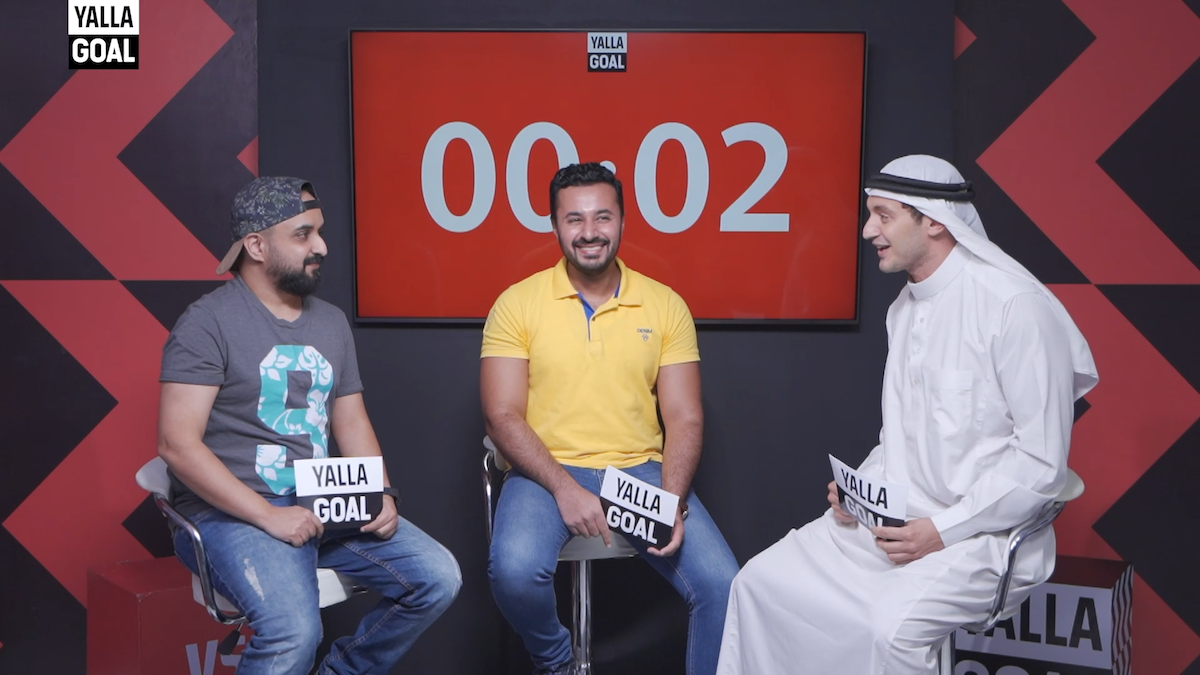 Football’s popularity in MENA has never been stronger with an estimated 1.2bn fans in the region, whether it’s through local competitions and players or through stars who play their football around the world, such as Mohamed Salah and Riyad Mahrez. Goal, which is part of Footballco, the world’s largest football content and media business, has been serving this passionate audience for more than a decade, whether it’s through its local websites, social accounts or mobile apps.

Recently, Goal launched the latest series of Yalla Goal – a regular studio-based show for young Arab football fans. Ahmet Yavuz, Chief Editor for Goal in MENA explains: “When we launched Yalla Goal with Twitter back in 2018 the world was a different place. With strong production values and focused on the 2018 World Cup, we went on to create a series for the 2018-19 season and the 2019 AFC Asian Cup. Since then two important things changed: first, Goal became part of Footballco, which in turn received significant investment from US-based private equity shop TPG. The second was that the global pandemic, which affected every area of football, including publishing. Bringing Yalla Goal back we noticed that fans’ expectations for video production values were lower. They’d got used to seeing interviews on Zoom and content shot using front-facing phone cameras.”

“We could have continued this trend but instead, we recognised that fans, while used to stripped back video content, were tired of it and we knew our high production values could help Yalla Goal continue to stand out. This was made easier as the added investment in Goal allowed us to increase production budgets.”

While both globally, and through editions in MENA, Goal has a vast network of journalists, the team in MENA turned to established social media personalities and presenters, such as Bandar Halawani, Youssef Othman, Bassam Abdallah, Jalal Al Zahrani, Amir Abdelhalim to host the show.

“The Goal editorial team contributes to Yalla Goal editorially and are responsible for production,” Yavuz explains, “but we recognised that to engage with young Arab fans we needed to work with personalities this fanbase identity with and who are skilled in front of a camera, although they have to know about football too.”

Yalla Goal mixes content from the hosts and the fans, with heated debates between the hosts being popular as well as input from fans on social media.

Yavuz says: “Young Arab football fans are passionate and we reflect this in Yalla Goal, both in segments with our hosts and from engagement by our viewers. But it’s not forced and that’s important, it reflects the type of debate fans see in the stadiums and the streets.”

While fans in the region are often fans of global football, Yalla Goal makes sure to cover the local angles too.

Yavuz says: “We notice that deeper engagement we get with segments in the shows covering football from Gulf countries.

We’re fortunate to have such strong competition here at the moment, with the Saudi Pro league proving very popular with our fans.”

As well as publishing the full show on YouTube, each show is edited in both vertical and horizontal formats, as well as highlights package and two social clips.

Yavuz says: “Between YouTube and clips on GOAL social channels, we’re seeing each show generating between 200,000 and 300,000 views.”

To engage this audience Goal ensures that its fans can’t help but find out about the latest show. If it’s not through Goal’s extensive social following, fans hear about it through the Goal newsletter (with 270,000 subscribers) and of course the hosts.

Yavuz says: “The hosts are a strong point of difference for Yalla Goal and key to its marketing. But we recognise that it can’t rely on amplification by on-screen talents.

“It needs to, and does, exist as its own brand rather than being a show associated with one or two presenters.”

Looking ahead, Goal is planning for another season of Yalla Goal as well as specials for both the January transfer window and the 2022 World Cup in Qatar.

Yavuz says: “the 2022 World Cup is a huge opportunity for us to take what we’ve learned from Yalla Goal since Russia 2018 and to make it a focal point for fans in the region who will be fascinated by a World Cup in their region and the chance to see both local and global stars competing on the biggest stage of all.”