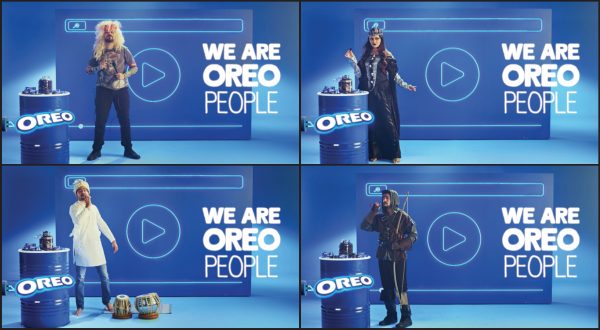 The MENA region is home to people from all over the world. We look different, speak different, like different things. So how did Oreo show that their cookie is everyone’s cookie? By getting personal.

Rather than glossing over people’s differences with a one size fits all approach, Horizon FCB in partnership with Spark Foundry and produced by Fuelcontent, tackled it head on, while highlighting
one very important thing: people’s mutual love for Oreo.

Since the whole of the GCC was their audience, they took the platform to multiple channels, used data to target multiple interests, and created content suitable for multiple contexts.

Here’s how it played out: The platform “We Are Oreo People” was launched on YouTube with a catchy jingle. The video showed a contrasting, yet locally familiar group sharing in the joy of eating an Oreo.

Then, they identified the most searched for topics on YouTube with the help of Google. Using YouTube’s Vogon technology, bespoke pre-rolls were created for 10 of the most popular search categories such as Music, TV Shows and Sports. But here’s the Oreo Twist (no Lick or Dunk included): Unlike other brands that tailor the targeted message to suit the consumer’s taste, they intentionally mismatched their pre-rolls.

For example, if you clicked on a “Football highlights” video, you’d see an ad featuring a Bollywood dancer. If you searched for pop music, a Tabla Player popped up, etc. After a moment’s confusion, the campaign revealed that even though you or the character in the ad were completely different, you both had one thing in common: your love for Oreo.

They also tapped into Anghami, and adapted the Oreo People jingle to create audio ads that spotlighted people’s unique music tastes.The Oreo People campaign wasn’t only a success for the brand, it was a success for the whole biscuits and cake category. It achieved a total of 31.4M impressions in just 6 weeks. Oreo’s VRT skyrocketed to 49% VS an average of 25% in previous ads. There was also a 22% uplift in Vogon ad recall compared to 11% of generic ads.

A social media campaign that transcends social boundaries.  By not restricting themselves to one execution style, medium, or topic, Horizon FCB was able to cast a wide net and reel in real results. But most importantly, they proved to the region that despite our differences, we’re all Oreo people. 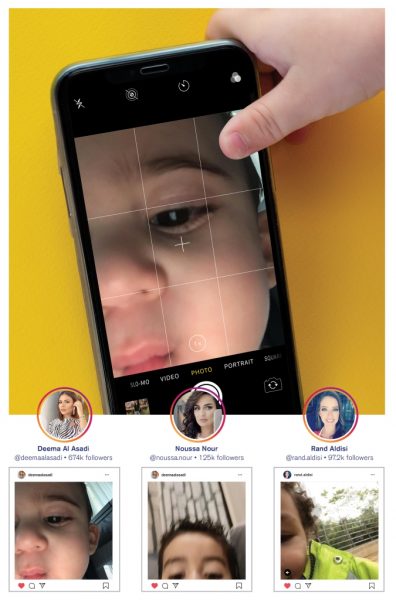 Bebelac needed a disruptive engagement idea on social media that linked strongly to Bebelac functional benefits of Physical, Brain & Social Development. The idea had to tackle a unique truth about today’s tech-savvy toddlers.

Bebelac’s target audience spends a lot of time on social media, especially to get parental and nutritional advice, so Horizon FCB knew their idea had to break through the saturated clutter and get people intrigued.

A digital campaign that tapped into a unique truth that all parents know – toddlers today steal their phones, and know how to use them.

We partnered with three of the region’s most influential mommy influencers (Deema Al Asadi, Rand Aldisi, Noussa Nour) people that moms were already turning to for guidance, and created a campaign with real thumb-stopping power. The mommies were tasked to post content that made it seem like their toddlers had stolen their phones and were posting themselves. This included blurry posts, sloppy camerawork and gibberish captions, all from the toddlers’ point of view.

More than 300,000 views in the first three hours, the creative and media teams realized they’d struck social media gold, and so did the mommy influencers with a 500% increase in their typical engagement rate.

The revealer videos were then posted from all three moms at the same time, revealing the idea behind the campaign and brand’s role in the brain development of toddlers today.

By finding a new way to post partner content through influencers, Horizon FCB found a new way for Bebelac Junior to speak to their audience.