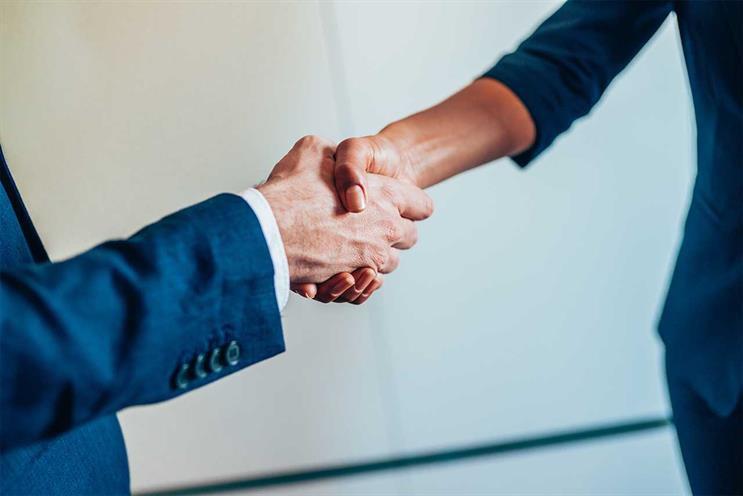 There was a 19 per cent drop in mergers and acquisitions transactions worldwide in 2020 in marketing, digital media, traditional media and martech, according to advisory group Ciesco.

Ciesco reported 1,091 M&A transactions in 2020, with a total value of $55.9bn, a 50 per cent decline over the previous year. This data corroborates a Campaign Asia-Pacific feature on the state of M&A in the marcoms industry.

Digital media, traditional media and martech were the most popular sectors for deal-making, collectively representing more than half of all deal volume in 2020. As companies preserved cash during a pandemic year, big-ticket deals of more than $1bn took a back seat, with only 13 such transactions in 2020 compared with 28 in 2019, Ciesco reported.

The report found that holding networks went into cash preservation mode last year, with only 15 deals completed in the year – a 42 per cent decline from 2019’s total of 26 transactions. This number is a sharp decline from the 52 deals struck in 2018 and far removed from the 96 inked in 2016. Dentsu was the most acquisitive network in 2020, followed by WPP.

Global holding networks spent much of 2020 restructuring their operations in the face of declining revenues and took the opportunity to divest underperforming legacy assets. Stripped of these assets, Ciesco sees an opportunity for M&A to strengthen data, tech and e-commerce capabilities in 2021. 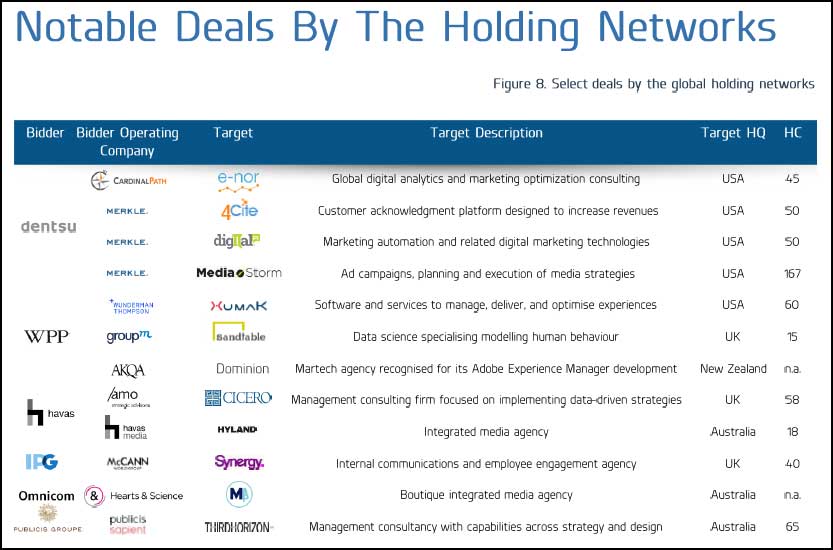 “The total number of deals in APAC was 75, a 39 per cent rise on the previous year,” Chris Sahota, chief executive of Ciesco, told Campaign Asia-Pacific. “China, Australia and India accounted, respectively, for 18, 17 and 16 deals. Hong Kong and Singapore accounted for five; together, these five regions account for 90 per cent of total deal volume in APAC.”

In terms of geographies, the US and UK remain the most active markets, with 500 and 143 deals respectively, followed by France, Canada, Germany and the Netherlands. These markets accounted for more than three-quarters of all M&A deal flow. However, while western Europe saw a small decline in the pace of deal-making, Canada fell more sharply, the report noted.

As companies and networks carefully plot their M&A strategy in a volatile market, they are focusing on specific niches for inorganic growth. “The report demonstrates the attractiveness of data- and technology-driven business models to financial investors,” Sahota added. “Through last year’s turbulence, businesses are learning to adapt and future-proof their operations.” 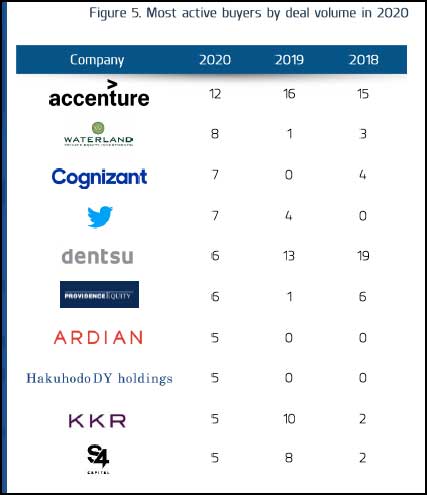 One segment that is seeing growing interest, according to Ciesco, is mid-market marketing services networks and companies. “Data, platforms and digital experiences, advanced analytics and speed are now the global foundation for modern marketing,” the report noted. “This has led advertisers to rethink their operating models, approach to tech and role within the marketing value chain.”

As these changes in thinking have rolled out, smaller agencies such as Japan’s Hakuhodo have used this as an opportunity to strike some deals. Hakuhodo made five majority deals and one minority deal in 2020, according to the report, including its first transaction in India, Adglobal 360. Other companies including Bauer Media, The Stagwell Group, Carlyle-backed Dept and Next 15 were also busy making deals.

The private-equity market showed the greatest buoyancy. PE deals in tech, digital, media and marketing represented 37 per cent of all M&A activity in 2020. This was down from 42 per cent in 2019, but notably higher than the 13 per cent in 2017. Consultancies, tech companies and holding companies contributed to a diverse buyer universe, joining PE among the top 10 acquirers.

Ecommerce is predicted to drive retail this year and special-purpose acquisition companies, which totalled $80bn in fundraising last year, are forecast to drive fundraising in 2021.

A version of this story first appeared on Campaign Asia-Pacific