HomeFeaturedFive ads I wish I’d made, and one I did – by Shyam Sunder
FeaturedNewsOpinion
Campaign Staff

Five ads I wish I’d made, and one I did – by Shyam Sunder

Shyam Sunder is a marketing consultant who until last year headed up the marketing department for Landmark Group’s Centrepoint. Centrepoint’s ads won many awards in the region and internationally. 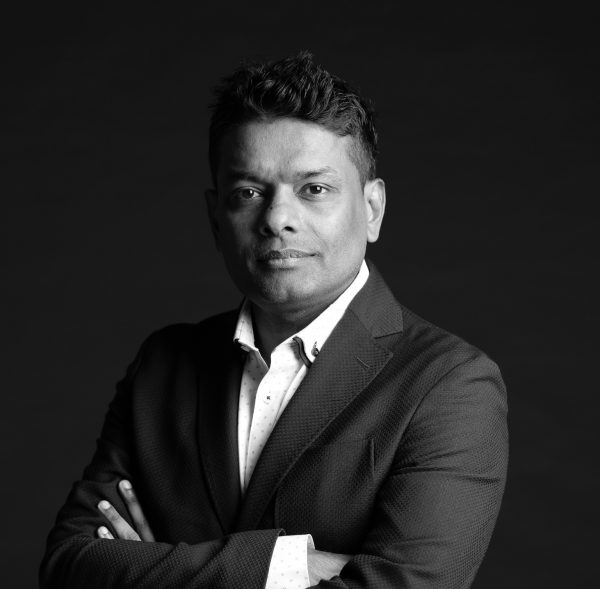 Theme: The Sound of Music!

Great storytelling is always the right mix of great story to begin along with all elements of great crafting. Be it the movies, or theatre or a concert or advertising – one key factor which accentuates dramatic performances or visuals or script is SOUND. We often take that for granted or simply do not notice as its subliminal but imagine the Godfather or a Schindler’s List or The Dark Knight at the movies or Phantom of the Opera or a Lion King at Broadway or any of the Cirque de Soleil shows at Vegas or a John Lewis, a Nike or an Apple advert – without its soundtrack. It’s the soul of the story right?

Here is my five personal favorites where the right choice of music made them the greatest advertisements and successful marketing case studies of all time! And the one made by me for the last brand I help build.

Of all the great Christmas adverts created by this great store, this has to be the best! The one which set the standard. The one made us cry and smile. The most loved. And which turned around the fortunes of the company with a record-breaking Christmas. Crafted to perfection, the story of fulfilling dreams was highlighted by John Lenon’s ‘Real Love’ cover by Tom Odel.

One of the best creative agencies from Sweden known for their ground-breaking work, conceived this Epic stunt for a category which is largely in the B2B space. To think big was the key. To take the risk was the clincher. How else would you get people to talk about Trucks? While the production costed millions, not a single dollar was spent on media. With 73 million views on YouTube it brilliantly reinforced a great brand’s purpose of providing safety. And introduced one of the greatest musical talents of our times –  Enya to the world. Gives me goosebumps every time I turn up the volume!

Closer home, how can someone forget this memorable communication which launched Hutch in India (today, Vodafone) with this beautiful story of a boy and man’s best friend. Conceptualized by Ogilvy & Mather and shot in pristine rich green Goa, it was truly path-breaking avoiding the norm of showing people with mobiles and tech claims. The highlights was the Pug (named Cheeka from UK owned by an Indian couple in Mumbai earned Rs 150,000!) and the song ‘You & I’ an original composed jingle. Some more trivia – post campaign the price of Pugs went from Rs 10,000 to Rs 60,000! Take a look at this beauty!

The weird idea of a Gorilla drumming in an empty studio to Phil Collins’s 1981 hit ‘In the air tonight’ came to an Argentinian Director Juan Cabral who was at the agency Fallon UK when the client approached with the brief – Eating Cadburys chocolate makes you feel good. In the words of Cabral ‘ A brand needs to go to the heart and not to the brain. Gorilla does that – in those 90 seconds. The film went viral, was the most loved ad of the year, won every possible award and jumped the sales of the chocolate by 10%. So much for a brave client and an equally brave agency to match!

They make some of the funniest and outrageous adverts but none can match The Switch, a trend-setter. With its speak-easy vibe and in-camera trickery, it puts the viewer in mind of a steam-punk Bugsy Malone. And with Stink’s Martin Krejci behind the camera and a stonking sound track, it’s a whole lot of fun. According to TBWA\NEBOKO the brief was – The magic of a perfect Heineken is in a perfect serve. Take a look at how the agency interpreted that visually with the song sung by Clairy Brown. Brilliant stuff!

The one we did

Fashion advertising is quite the same everywhere and during my stint at Centrepoint, the biggest fashion retailer in the region, my team and our agency partners attempted to break conventions be it our communications for a new season, or for a cause or for a Sale. This one featured was for the brand, to tell a story so powerful and relevant in the region, extolling the the purpose of – Confidence from Fashion. With a supporting management, a great team at Truffle Films, the great Director – Martin Stiller and master craftsman Fadi Yaish, the result was 84 seconds of pure emotion enacted by an invisible  boy brilliantly camouflaged until he finds the confidence, broke all social media engagement records and helped the brand being regarded  as one of the most admired and loved retailers in the region and beyond. The story of getting the rights to the contemporary classic tune ‘Let her go’ from Passenger is a long tale. Time for some tissue!