Five ads I wish I’d made, and one I did – by Ramzi Moutran 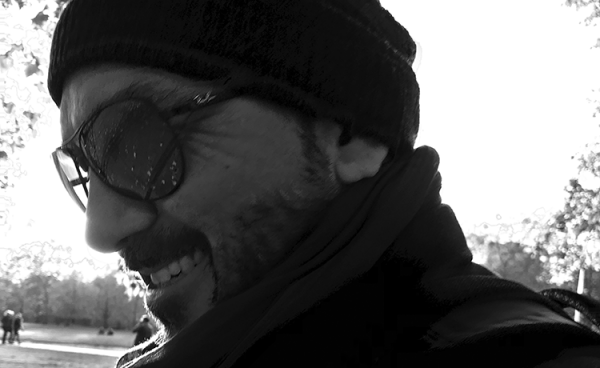 They say there are only seven stories in the world. I believe the same goes for communication. But if seven stories can inspire the billions of stories we have written, how many breathtaking ideas should we be able to come up with?

This is my list of classic ads that either created or defined a genre of communication that went on to be copied, mimicked or inspire the hundreds that followed.

Hamilton cigars ‘Photo Booth – Happiness is a Cigar Called Hamlet’ – Agency: Collett Dickenson Pearce – Year: 1987 (i think..)
One of my all-time favourites. The genre of advertising that created a ‘hero’ character in a funny or mocking way to represent the brands’ personality. This can be traced all the way through to modern day advertising including the Old Spice advert.

VW ‘The Fun Theory’ – Agency: DDB Stockholm – Year: 2009
The genre of real-life stunts and activations for the purpose of sharing online to go ‘viral’. Also one of the first ideas I know with behavioural change at its heart.

Dove ‘Dove Sketches’ – Agency: Ogilvy Brazil – Year:  2013
The genre of real-life, real-people stories through branded content. This style of advertising has become enormous, globally, and made an incredible impact on the industry.

Mark Ecko – Stillfree.com Agency: Droga 5 – Year: 2006
Playing with pop culture this genre is all about gorilla advertising using PR stunts to create an opportunity. Hacking the media to become your media. This style of advertising doesn’t relate to the brand immediately, the connection is made later on. Amazing.

This is @ramzimoutran’s list of classic ads that either created or defined a genre of communication that went on to be copied, mimicked or inspire the hundreds that followed.

Tourism Queensland ‘The Best Job in the World’ Year: 2009 Agency: Cummins
The non-ad ad, zig while you zag style of advertising, attracting interest while growing brand awareness. Also a big part of hacking the media as well. Quite possibly one my favourites because it doesn’t feel like an ad.

VODAFONE ‘Fakka’ Year: 2013 Agency: JWT Cairo
Flipping culture to create brand awareness through in-store activation and promotion by replacing small change and ‘chickletts’ for micro phone credit. Another one of my all-time favourites.

The one I did with the most amazing team

UN Women ‘The Auto Complete Truth’ Year: 2014 Agency: Memac Ogilvy Dubai
The idea of hacking culture and tech, taking things viral, creating content people can be a part of and interact with. Content that is designed to be shareable, that people want to be a part of, that can be validated by themselves, creating dialogue while doing good.