Agencies and tech providers are building a more sophisticated understanding of consumer attention, but they face cultural and infrastructure challenges in convincing advertisers to convert to a new currency. 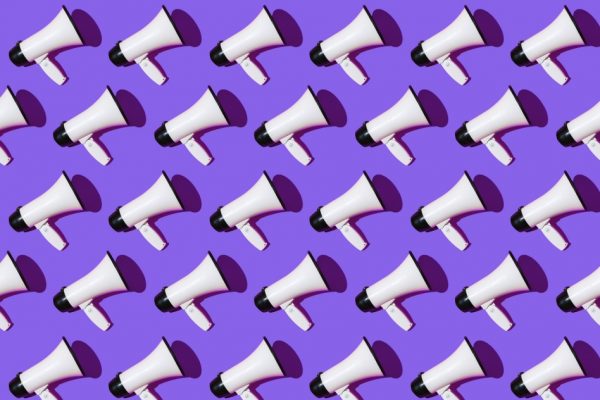 Attention metrics are becoming more sophisticated as agencies and ad tech vendors build tools and insights to prove their effectiveness, but barriers like cost and interoperability are preventing advertisers from adopting them as a common currency.

The advertising industry’s measurement system is undergoing upheaval to align with modern consumption habits, taking into account how consumers hop between online and linear environments and face incessant distractions.

If ads are playing but no one is watching them because they have left the room, are talking to friends or are using a second screen, advertisers want to know. But getting that answer is complex.

One metric that gained traction several years ago is viewability, which measures an impression based on a minimum number of pixels in view on a user’s screen. But critics argue viewability is a “simplistic approach to a complex behavioral issue,” according to Karen-Nelson Field, the founder of attention measurement firm Amplified Intelligence.

“There is a land grab in this rush to change measurement, but bad metrics bring confusion and hesitancy for change,” Nelson-Field told Campaign US.

Believing that at the heart of a good currency is good data, Nelson-Field has spent the past year conducting tests, in partnership with media agency OMD and a range of tech platforms, to understand what drives attention and how that varies between platforms, age groups, ad formats, ad lengths and creative approaches.

The ambition is to educate advertisers on the need to invest in a functional, enduring currency that leads to more nuanced measurement.

“Attention is this fantastic reinjection of rigor into the craft of what we do,” said Chrissie Hanson, CEO of OMD USA.

While marketers might be tempted to capture as much consumer attention as possible, a little bit can often go a long way, according to one of the studies conducted by Amplified Intelligence and OMD.

Shorter ads that are tailor-made for social media feeds are more effective and efficient than longer ad units, for instance. The study measured active and passive attention across Twitter, TikTok, Facebook and Instagram.

“If you’ve got a longer ad in an online forum, it doesn’t give you any more attention; it gives you wastage,” said Nelson-Field. “TV is the place where you can put longer ads on and it drives more attention.”

These findings were corroborated by a second study conducted across seven Yahoo domains which found that 15-second videos capture nearly three times as much attention (3.3 seconds) versus 30-second videos (1.2 seconds).

Advertisers should be “fair and ethical” with how much attention they need, said Hanson.

“We’re not in the business of attention harvesting, we’re in the business of delivering the experiences that give you the results that you require,” she said. “We need to figure out how much time you need to shift perception, and that is it.”

Advertising a refreshing beverage might only require two seconds of attention, for example, while explaining a new service or property would require more time.

“Now we can be a little bit more prescriptive around saying, actually, you only need three or four seconds, and then we can give time back to the human so that we’re not constantly smashing at them for their attention,” added Nelson-Field.

Platforms command varying degrees of attention. Twitter performed best on total attention, which includes passive and active, while TikTok had the strongest active attention, one study found. Attention for Facebook ads increased substantially once the volume was turned on.

The older you are, the more attention you pay

Attention levels increase significantly with age. In the Yahoo study, the 55+ demographic reported 1.5x higher active and passive attention levels than young people aged 18-24, as seen in the chart below. This is unsurprising, given that young people have grown up in a predominantly short-video, fast-scroll social media environment.

In slower-scroll, immersive environments, users respond best to the ‘interscroller’ ad format, which expands into a full-screen ad when scrolled past. These perform better than banner ads. 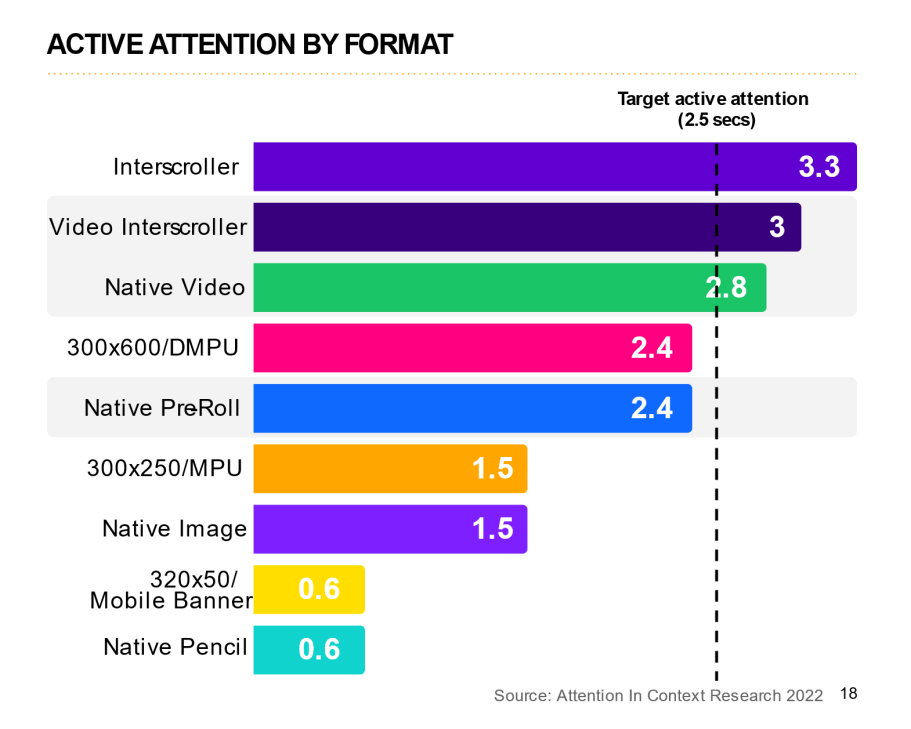 From a tertiary to principal metric

With a deeper understanding of how factors like age and time impact attention, Amplified Intelligence and OMD are now focused on building ad products that increase the application of attention metrics.

“The next iteration is using what we’ve learned to be planning and buying against campaign objectives relative to brand size. Once that is stable, I think attention will become a principal metric,” said Nelson-Field.

OMD has 25 clients in seven markets that use attention metrics, most of which employ it as a tertiary or secondary KPI.

Convincing procurement teams of the value of paying more for new metrics is tricky.

“Procurement’s brief is all about getting the lowest cost CPM, but that doesn’t drive quality. We need to educate procurement stakeholders on the value of paying more for quality,” said Nelson-Field.

For this reason, Hanson expects it will take some time before attention becomes widely adopted as a primary metric.

“Getting different stakeholders to come on board with this is what will take time. It’s not enough for attention to live at a brand manager level. CMOs need to understand how to wield this as a lever for growth and procurement needs to be there as well,” said Hanson.

She believes shifting internal culture is “the biggest challenge” in moving attention into a mainstream metric.

Another barrier is interoperability, according to Matt Prohaska, CEO and principal of marketing consulting practice Prohaska Consulting.

“Curiosity in attention is growing, and there are certainly some tech providers that have unique, proven formulas to be able to measure against it,” said Prohaska. “But the challenge is always the apples and oranges of combining that in with other services and understanding what it actually means for the brand.”

A version of this was first seen on Campaign UK.