Anghami announced an exclusive partnership that will see the legendary Arab singer’s entire Nay Label audio and video catalogue and future releases available only on Anghami.

Amr Diab, the most-streamed Arab singer across the world, is Anghami’s #1 artist, with close to 1 billion streams. This strategic move, which aims to further differentiate Anghami’s vast selection of music and podcasts, will now allow fans to enjoy Amr Diab’s extensive collection of own-label hits as well as future albums and music videos, exclusively on Anghami, at no charge.

The announcement comes just weeks after Anghami’s historic listing on the US Nasdaq Stock Market, in which Anghami became the first Arab tech company to become a publicly-traded company. With the acquisition of Nay’s existing repertoire, as well as all of Amr Diab’s upcoming releases, Anghami will strengthen its position as the ultimate destination for lovers of the megastar’s unique composing style and melodic voice – attributes that have taken him to the top of the charts and made him one of the only Arab artists to reach international fame, with his hits performed and loved all around the world. The deal marks the start of a long and strategic partnership between both parties. 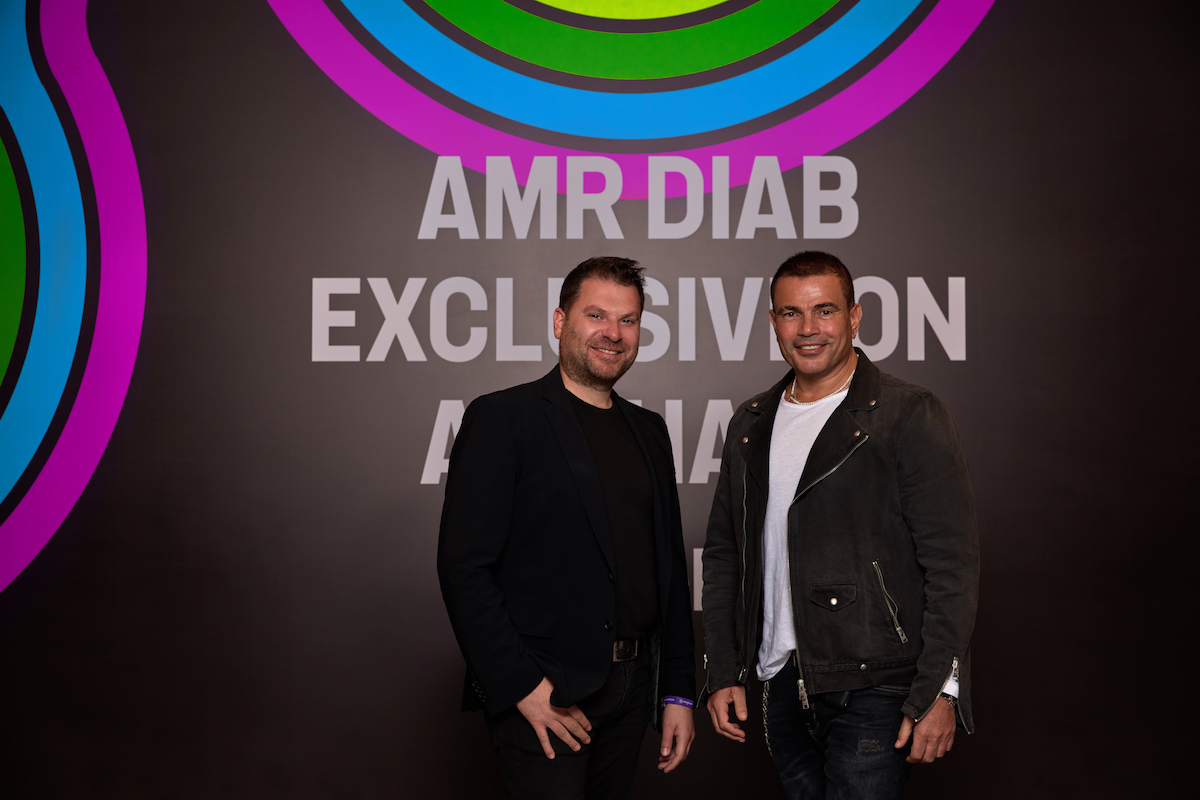 “I am very excited about this new venture, which will allow me to better connect with my fans and reach new music lovers around the world. I chose Anghami because it’s a local platform that has made it internationally and is proudly showcasing Arab culture to the world. I share Anghami’s vision in developing strong local talent and making their voice heard globally. This partnership doesn’t stop here – it is the beginning of a much bigger strategic collaboration with Anghami; together we will make some noise!” said Amr Diab.

“Anghami provides its users with an extensive ecosystem of music, videos, podcasts, events and more – it also empowers creators to curate and share their voice with the world. We feel both privileged and honored to partner up with the one and only global Arab megastar Amr Diab and  reward fans with his wealth of own label and future music, now available exclusively on Anghami. We are committed to providing the best and unique experience to our users and to supporting the local creator community to unlock its full potential, allowing Arabic content to reach the world,” said Eddy Maroun, co-founder and chief executiveofficer of Anghami. “We will continue to invest in original and exclusive content,” he added.

“We want to provide our users around the world with the best content, and, in addition to offering all international music and podcasts, we are committed to leading on Arabic content and taking it to the global stage. Signing a multi-year exclusive license agreement with the top Arabic star is only the beginning of our commitment. Amr Diab’s audio and video content will not be accessible on any other streaming platform, and will be made available only for Anghami users for free,” said Mary Ghobrial, Anghami’s chief strategy and operations officer.

Amr Diab has achieved wide acclaim by creating a unique style that has been termed ‘Mediterranean music’ due to its blend of Western and Egyptian rhythms. As a result, he has become extremely popular throughout the Mediterranean as well as the MENA region. Acknowledged as the first Arab and Middle Eastern artist to start producing high-quality music videos, Diab became the first Egyptian and Middle Eastern performer to have a number one hit on the Billboard World Albums Charts.

To listen to Amr Diab’s extensive Nay Label audio and video catalogue and all upcoming releases for free, download the Anghami app now.