Ad[Value] Tech: Why Purpose is everything 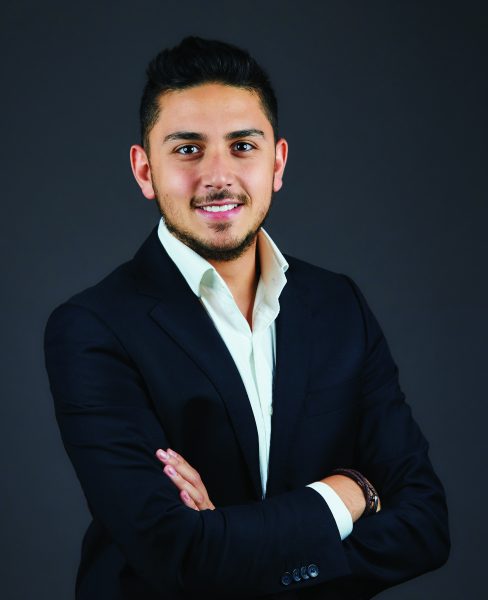 How do you measure value in today’s ever-changing landscape? In truth, everyone will have a different take on this, based on their own bottom line or business objectives. But as budgets continue to tighten and ad tech moves further out of the shadows and into the limelight, this is a question that will keep coming up.

And rightly so. In times of disruption, organisations tend to revert to safety mode, optimising within their limits, negating risk with very small investments and cutting back on key hires in order to break even. Seems almost counterproductive, doesn’t it? Caution is always advisable, but so too is stepping out of your comfort zone to go beyond your traditional service and product offering, adding additional value at a time when others are standing still.

As such, we’ve seen ad tech move from a buzzword to something that can underscore real value if implemented properly. The hype has always been there, but delivering on promised potential can be a stumbling block if understanding is limited and we’re constantly having to fight fires on behalf of those who should know better.

That being said, last year we made real headway in improving client education, setting the record straight on certain mistruths and highlighting why programmatic isn’t the enemy but an essential component for digital strategies to succeed. This was thrown into sharper focus on an industry and regulatory level too, with GDPR coming into play in 2018, followed swiftly by CCPA (California Consumer Privacy Act) arriving on January 1, 2020.Happy New Year, indeed.

It’s clear to me that this is only the beginning; further crackdowns are inevitable, as user consent moves from ‘nice to have’ to ‘essential’ on all platforms. We’ve talked about an open and transparent ecosystem for years. As regulators move in to close digital loopholes and protect user privacy, ad tech’s proposition and purpose will need to become clearer.

Consider the ‘cookiepocolypse’ narrative we’ve seen dominate for the past 12 months. News this month that Google has finally given a timeline for phasing out support for third-party cookies on its Chrome web browser has been met with a mixture of dread and, perhaps to a small extent, relief. No more uncertainty as to when the death knell will fall; Google has said the process will take two years, as it caves to user pressure and looks to follow Apple’s ITP (Intelligent Tracking Protection) lead.

This shouldn’t come as a surprise to anyone who has been watching the ecosystem evolve over the years. The rise in cookie blockers and changes to how browsers operate have shown that users want greater control and the big guys – Apple, Google and Mozilla – have responded in kind. Yet, amidst all this uncertainty, there is now an opportunity for publishers to step in and actively own their data.  Audience data that has been directly collected in the past now needs to be nurtured to understand behaviours for better segmentation and targeting. The key is finding partners (tech vendors, etc.) who can help consolidate and organise this first-party data to help enable a greater level of autonomy.

As the ecosystem begins to open up beyond the walled gardens, it’s the smaller, more independent ad tech vendors that will be capable of bringing more valuable solutions to the table. Don’t get me wrong, the duopoly dominance of Facebook and Google is unlikely to lessen anytime soon, though it may become a triopoly in the next decade if Amazon has its way. But ultimately we should encourage open competition that gives greater freedom and flexibility for brands, agencies and consumers alike.

Of course, when it comes to reaching the consumer of today, that’s the easy part – we have multiple tools at our disposal, but engaging, delighting and retaining people beyond an initial interaction? Well, that’s another story altogether. There’s a fine line we need to walk here, but this year we’ll see greater emphasis placed on data usage, rather than data collection alone, with storytelling maturing through new and immersive formats.

Essentially we’ll see engagement and entertainment intersect, allowing for campaign objectives to be established early on, with the use of DMPs becoming more central to the initial conversation, rather than inserted as an afterthought. Measuring effectiveness through CPE (cost-per-engagement) will also see greater adoption, so expect more experience platforms (DXPs) to emerge as a result, to further enhance the consumer experience.

Where there needs to be caution, however, is in trying to do everything at once in a bid to compete with the bigger players. There’s a tendency to adopt multiple technologies without much consideration for long-term viability and value, but as we start to focus more on ‘purpose’ and ‘functionality’ as a whole, there will be a shift in how we view technology altogether; the enabler, yes,  but not the only factor to our success.

Algorithms may make us aware, but it’s human insight that fills in the blanks and ensures the context and relevance of each campaign. As such, the talent in ad tech is becoming a bigger part of the overall digital success story, as we utilise these new and emerging skill sets to optimise at a higher, more efficient and effective level. On the face of it, my question about value earlier is easy to dismiss as purely ‘cost-based’, but of course things are never that simple. To me, value and purpose are  inherently linked, just as personal victories are measured by our own outlook and ambition as much as financial figures and targets.

Nothing today is ever just black and white; we are living in permanent greyscale. We’ve moved away from the complex industry jargon that has defined us in the past, and instead we’re going back to basics, leveraging the right framework to add value for marketers that will keep pace with this constantly shifting terrain. Continued evolution is a given, but what will come to define us in future is the measures we take now. We just need to be prepared to make the change.