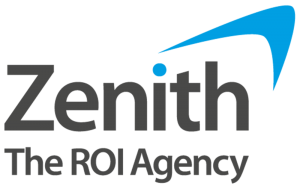 Zenith Middle East, part of Publicis Media, has restructured its management team across the region.

Gabriel Karam will take on a new role as head of digital, Middle East. Previously heading the agency’s digital scope in Kuwait and KSA, Gabriel will now focus on the accelerated digital transformation of the agency, talent and clients.

Hadi El Assi is promoted to general manager, UAE. His most recent role was as business managing director, UAE. He will oversee the entire client portfolio and business in the country.

Ali Basma is promoted to general manager, Egypt, moving from his previous role as business managing director, Egypt. He will continue growing Zenith’s offering to reinforce its position in the Egyptian market.

Ibrahim Kalash takes on a new role as general manager, Kuwait, having previously held the role of business managing director, Kuwait. His remit will be to develop the Zenith Kuwait structure to further grow the business.

“I believe we are in a great position with our current structure to reap the benefits of the new Publicis Media proposition, and I have faith that Kinga, Gabriel, Hadi, Ali and Ibrahim will successfully drive our agency’s transformation into the future,”said  El Zein.