The year ahead for advertising, by TBWA’s Jennifer Fischer

TBWA’s Jennifer Fischer predicts how past predictions can help predict the unpredictable. 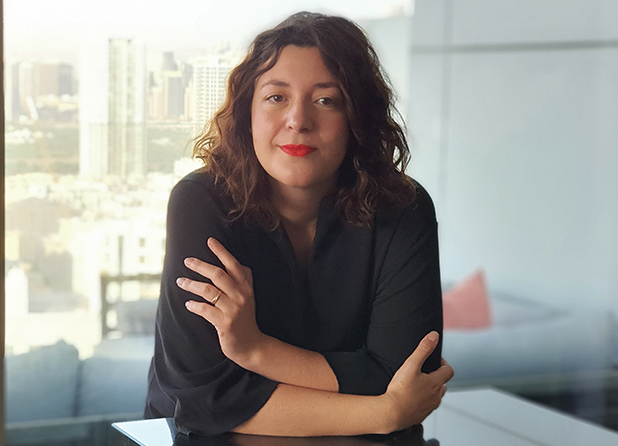 It was a simple enough brief: Can you write 1,400 words predicting the future of advertising? And so here I am, wondering how to write something that is somewhat useful for anyone likely to read this article (knowing that if you are reading Campaign magazine you have heard all about “The metaverse is coming”, “AI and NFTs are changing media” and “TikTok has surpassed Google”). So while it might be a simple brief, it’s not an easy one (I guess it’s payback for all the times I told a creative director that the brief was really simple).

So I will show you just how bad we are at predicting the future and why this actually matters to us all working in the creative industry. And at the end, I’ll even throw in a couple of things that will actually matter in 2022 so you don’t feel completely scammed.

A cornucopia  of failed predictions

I’m sure part of this stems from our love for drama, but there is something more profound going on with future predictions.

For instance, in 1954, a Georgetown-IBM team predicted that language translation programmes would be perfected in three to five years, while in 1970, Life magazine printed that “in three to eight years, we will have a machine with the general intelligence of an average human being”. In 1997, Wired magazine picked the year 2020 as the time when “humans arrive on Mars” and in the late 2010s, this was the prediction in every Keynote: “50 per cent of all searches will be voice searches by 2020”. And you might all remember how, very recently, Zuckerberg predicted that the metaverse will be mainstream in five to 10 years.

The truth of it all is the limitations of AI are starting to sink in and progress is slowing, robots are devouring jobs much slower than expected, voice is still mostly used for commands like “set a 20-minute timer” and less for search, we are far away from putting a human on Mars (we are actually heading back to the moon) and the New York Times announced a month before Facebook was renamed Meta that “VR is not a hit; that’s OK”.

So why are we all collectively so bad at predicting the future? There are two factors that we consistently leave out when we project ourselves forward.

The first one is the long nose of technology (the only link to Pinocchio is that by ignoring it we deceive ourselves).

The idea is simple: huge technological innovations take decades of development and research, made up of miniature successes and a lot of failures – this is the ‘long nose’. According to computer scientist Bill Buxton, “Any technology that is going to have a significant impact in the next five years is already at least 15 years old.”

The trick, of course, is this: we now live in a hyperconnected world and so we get to watch it all live. We get naively caught up in the hype of the news cycle as though it is a late-night shopping channel.

We are emotionally invested into how fast everything seems to be changing, but bridging the hype chasm and reaching a stage of traction for innovation actually takes a while (we see this at CES 2022 this year, where more innovations are actually just starting to deliver on promises made a decade ago).

The second factor that we need to account for when predicting the future is that we are humans. Too often we dismiss this. At best, we think about the infamous innovation adoption curve, which categorises people from early adopters to laggards, and we just assume that this curve will anyway happen eventually.

What we don’t account for is the irrationality of the human mind. People are not machines. What makes us tick is not always logical. We often project a world where technology comes in as a saviour, but what if humans don’t want that specific future? If you are doubting our capacity to doubt and question, just remember how much the Covid-19 vaccine and mask mandates have divided the world (wherever you fit in this debate, you probably view the other side as deeply irrational).

So here we are. On one hand, technological change is slower than we think; and on the other, people aren’t puppets who will dance to any tune. Where does this leave us?

A funny story for a pizza party

In the 1500s, tomatoes were introduced in Europe. For 200 years, they were not eaten; instead, they were used as garden ornaments. Yes, you heard me. They are red and pretty and looked good in gardens. Still, tomatoes are delicious, so why wouldn’t people eat them? Simple: people thought they were poisonous. It was even called “the poison apple” and, as result, while famines were taking place across Europe, the tomatoes sat in gardens looking pretty and untouched.

It took a deep change in the cultural narrative for tomatoes to make it in our plates. This included everything from building trust across botanical experts and even farmers, creating a social trend with aristocrats, having recipes widely available in periodicals, the popularisation of the Neapolitan pizza and even launching product innovations like the canned soup produced by Joseph Campbell.

Does this sound familiar? This is essentially what an advertising agency does. And the reason why agencies are not going to die any time soon.

Creative agencies are storytellers and story shapers – just like movie directors, designers, screenwriters, fashion labels or content creators (and very often we collaborate with these same storytellers). Agencies have the finger on the pulse of culture, they understand people and what makes them tick and how to influence them.

Media and technology matter but they are only a means to an end, a canvas, a tool to tell the stories. And the more this canvas becomes complex, the more brands need an orchestrator, a partner that can design rich and meaningful experiences across the entire brand ecosystem. And our responsibility is to use every opportunity to experiment, to go beyond the gimmick and make something useful, delightful and meaningful for our brands and their audiences.

And this is essentially what the year ahead (and more) will be about for ad agencies.

A few places to play in this year

So, as I reach the end of my words quota, here are three ‘predictions’ for this year, looking at some of the places where creative agencies should be playing to be developing their stories meaningfully in 2022.

1. Better than gaming: Roblox is the coolest thing since sliced bread for Gen Z (if you have kids above seven years old, they are probably on it – especially as it was recently unblocked in the region). It is more than gaming, as the games are built by the community itself and a big part of the appeal is actually watching people playing Roblox with funny commentary to boot. This platform is also one of the most tangible and immediate starts on the promised metaverse future.

2. Untethered audio: From podcasts to audiobooks, to ASMR and ‘screen-free’ experiences – it’s all about audio. This is a must-play space for brands as people try to watch less and less on their tiny addictive mobile screen.

3. From NFTs to XR: Yes, you should create non-fungible tokens for your brands and cool AR/VR experiences… but this year let’s all as an industry collectively rely less on the tech alone to make it worth it. 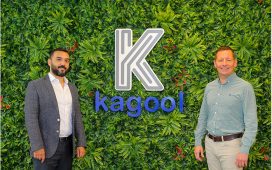