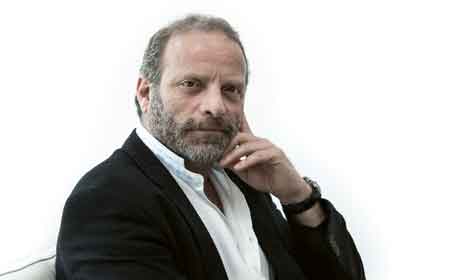 Of all the terms in the advertising lexicon, few are as denigrating as “below-the-line”. To work below the line, back when the expression was practically invented by Procter & Gamble accountants, was to operate in the shadowy zone that lay at the foothills of television, radio, outdoor and print. More than a metaphorical one in the sand – or in the books, as it were – that line was the industry’s equivalent of Trump’s Wall: a towering, forbidding superstructure that separated the gentry from the great unwashed and prevented the latter from marauding into spaces where they were not welcome.

Below-the-line agencies’ employees, beavering as they were at brochures, danglers and hand-dirtying direct marketing utensils, were the second class citizens whose livelihoods often depended on the number of sales leads generated and coupons returned, while their counterparts sat in ventilated offices, drank copiously and pocketed their 17.65 per cents, ad infinitum, for work done mostly over expenses-paid lunches that dragged into the night.

Oh what a pain karma can be. Today, what used to
be above-the-line palaces are nothing but relics of a bygone era – decrepit buildings eyed by voracious real estate moguls for the vintage value they represent. Meanwhile, across the remnants of that wall, high in their bright designer offices, the modern-day equivalent of BTL staff leap from one shiny startup to another, collecting kudos and selling their newfound respectability to the highest bidder.

For this is how things have turned out. Indeed, it is the biggest effect that the digital revolution – the term has never been so appropriate – has had on the industry: to flip the ATL-BTL divide on its head. In fact, it has done it so ferociously that both terms are now obsolete.

In the trading versus marketing competition, where the imperatives of sales often clash with the necessity of brand-building, the long term – the erstwhile domain of the ATL crew – is now languishing behind, brushed aside by BTL on steroids. BTL’s strength, namely the ability to identify prospects and address them directly, has had so many booster shots in the past few years that you could call it Lance Armstrong. The sale, with immediacy, super availability and disposability is the new ATL, fueled by disturbingly powerful consumer profiling and analytics. And therein lies the rub: directness can easily lead to invasiveness and, karma being the aforementioned animal, the backlash against intrusive marketing is bound to happen when consumers see the new below-the-line as worryingly below the belt.