Power Essay – Innophobia: the fear of failing through innovation by Javier Bravo 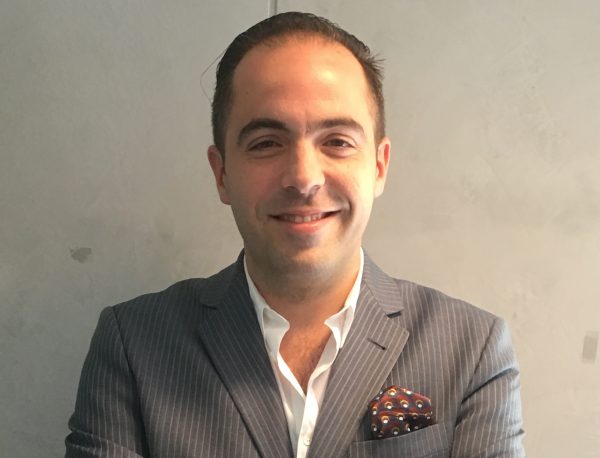 It has been more than 12 years since that defining meeting with one of the leading investment banks where the market strategy for the next five years was about to be unveiled. The entire executive board was waiting for the head of marketing to present the strategy for the coming years. He was a family man with a lot to lose, and I can still smell his fear in the room, the fear of failure.

It was the beginning of my corporate career in digital media and I was asking myself basic questions such as: Are companies providing a framework to fail, test and evolve to advance businesses further? The answer was simply no.

More than a decade later, we still see the majority of businesses without a framework to test and fail, which is affecting their power to evolve and become “apex innovators” through “pretotyping” innovation. These are great terms coined by Alberto Savoia, a professor at Stanford University and ex-Google engineer, to define companies that have climbed to the top of their markets through relentless innovation.

After a session with Alberto at Google headquarters in Palo Alto, I realised the importance of creating an ecosystem for innovation within a framework of soft failure, where marketers and agencies can try different approaches before products and marketing strategies come to real life.

Through an agency pretotyping model, brands can automatically benefit from a safe start-up mentality framework where some of their potential global products can be marketed regionally within focus groups before major investments are made. This approach can potentially be extended to media and technology, where agencies pretotype media channels and beta technology products across multiple partners before those are incorporated by clients into their brand marketing strategies.

Financially, brands can also benefit from this pretotyping ecosystem as it can significantly reduce their exposure to mass failure and, most importantly, the financial cost of testing a product, a media channel or a marketing approach that has never been tested before.

As examined in the Nielsen report “Three common causes of innovation failure”, every year brands keep launching hundreds of new products across multiple markets with the hope that some of them become trendy or “the one new product”. Nielsen is carefully tracking all these product launches market-by-market and their report shows a failure rate of about 80 per cent of new product launches.

Based on these statistics, and with a MENA economic outlook mainly depending on external factors, having a fail-soft framework is essential for brands in the region to test and market their products within an ecosystem that reduces the risk of failure.

Pretotyping can be thought of as an overarching business framework that can set up the difference between best versus bad practice when it comes to marketing strategies and product launches. Some marketers do not want to take the risk of investing heavily in innovation, due to the risk attached to it and the lack of knowledge about new technologies. However, is that a business ethical approach? Can the fear of an individual or a group of individuals restrict the levels of innovation of an entire organisation? There is not a straight answer here, however brands and companies should rethink why that fear exist within their organisations and how individual entrepreneurial decisions should be rewarded to collectively achieve business objectives.

Revisiting the concept of business ethics, most people in the corporate media world have some idea of what things constitute doing the ‘right thing’ and what constitutes doing the ‘wrong thing’. For example, some marketers would agree that it is morally right not to take the risk of trying a new media channel or technology stack because it would reduce their ROI, and therefore the company’s growth in the short term. And some others will think that is morally wrong to be passive towards innovation and put medium- and long-term growth at risk, causing a potential failure of an entire organisation.

There are many examples of how a potential sequence of short-term individual decisions led into lack of innovation and therefore the fall of technology giants such Nokia and Motorola, amongst others. Nobody can tell whether it was fear of making big innovation decisions or the relentless innovation from apex innovators such as Google or Apple that caused the failure of those companies. However, small, brave pretotype decisions made by individuals could have avoided those big failures.

Coming back to the beginning of the article, three years after that meeting, the investment firm went into administration. As a result, the entire workforce lost their jobs and many families were affected by the decisions made during that meeting. The fear of taking the risk, lack of knowledge, the need of a more aggressive marketing approach and the overall lack of company innovation led into that fate. I still think that a soft-fail marketing framework, together with a non-fear-to-risk environment, would have avoided the failure of one of the leading investment banks at that time.

The question is: is it morally right to fail due to fear of innovation?