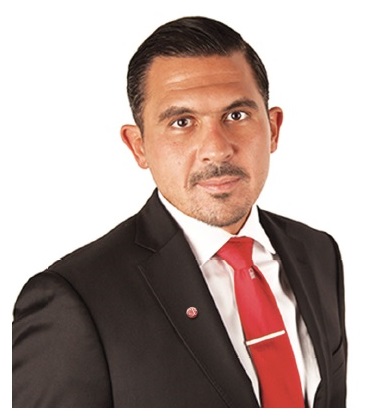 The YouTube generation
Let me start with a fact. Today, YouTube is the second-largest search engine in the world, processing more than 3 billion searches a month. Three hundred hours of video are uploaded every minute and 5 billion videos are watched on a monthly basis. By 2025, a predicted 50 per cent of people under the age of 32 will have switched from watching paid television to YouTube.
These facts are significant because of the impact of Gen C, otherwise known as the YouTube generation. As Omar Jenblat, President of BusySeed, asked in Forbes earlier this year, “Is your business prepared for Generation C?”

What defines Gen C?
Unlike previous classifications, Gen C is not necessarily defined by a birth year or a decade.
Though the first mention of Gen C can be traced back to 2004, 2010 marked Nielsen and Booz Allen Consulting’s attempt to use the term as a way to define millennials. In 2012, Gen C became its own entity. According to Brian Solis, a digital analyst, speaker and author, Gen C is, essentially, a group of individuals, irrespective of age, who use an abundance of technology during their daily routine. This is what makes Gen C so fascinating.Gen C is not defined by a set of fixed non-changeables, such as age, or socio-economic class, but by dynamic, fluid habits. As Think with Google states, “Gen C is a powerful new force in consumer culture. It’s a term we use to describe people who care deeply about creation, curation, connection and community. It’s not an age group; it’s an attitude and mindset.”
The YouTube generation is one that is connected, and while 80 per cent of millennials belong to Gen C, not all Gen C-ers are millennials.
As PR professionals, it is important to be aware of the four Cs that define Gen C and that have helped shape some of the most important recent new-age PR trends.

In effect – the four Cs and a fifth
Creation, curation, connection and community – do these words sound familiar to you? They are the tenets of any decent PR campaign. An agency creates content for a brand or a product, media partners curate that content into a message, various channels connect the consumer to the message, and the community shapes its outcome. With that said, I would like to add a fifth C to the list: control. It differentiates the approach to, and by, Gen C, and new-age PR practitioners today must be prepared to hand over at least some content control to their audiences.
This is a generation that is native to technology, with DIY being its mantra. As communicators, we must not stop at just disseminating; we should also encourage seeding. Is that not what makes influencers today’s most demanded media channel?
While members of Gen C are tethered to their mobile and online devices, the more control they are granted, the more information they are willing to provide. By amplifying an individual’s digital experience, smart marketers are therefore making potential transactions as tangible as possible for users and consumers; targeted communication can offer the right message for the right individual in real time.
Time is also an important facet of control. Although this may sound ominous, given the speed at which social media snowballs today, we should be prepared to be flexible enough to let our clients’ customers create micro dialogues within a subset, yet nimble enough to moderate any campfires that may be on the verge of becoming wildfires; thought leadership for Gen C stems from this philosophy. Just go on to Twitter or Instagram and follow @hhshkmohd or @faz3 – their feeds reveal how quickly they’ve done away with barriers of protocol to embrace the channels and content that Gen C is drawn to.

Where to next?
Businesses should be mindful to adopt a new approach as Gen C continues to thrive. According to another Forbes-Google statistic, “62 per cent of Gen C consumersGoogle interviewed expect brands to deliver a consistent experience during every interaction.” The ultimate goal for us, then, is not to wait for an audience to establish an interest, but, through the initiation of the best narratives, influence an audience before they are aware of it and let them do the talking for us.
Perhaps, in conclusion, the simplest way forward to craft narratives for Gen C would be to introduce a sixth ‘C’, something all PR greats have emphasised: consistency.