Team Red Dot’s head of creative, Kartik Aiyar looks at the different uses of sonic branding, and why it should be ringing in the ears of every marketer. 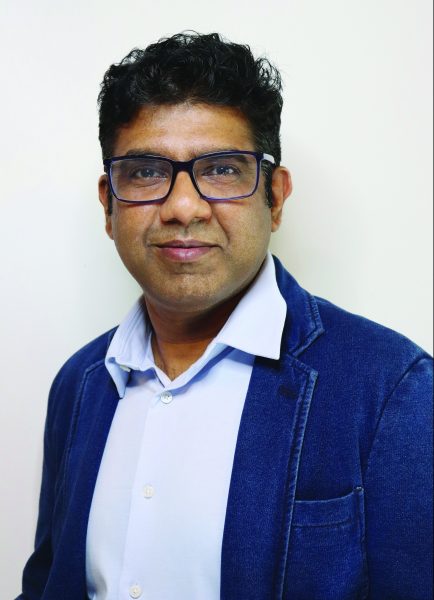 Growing up in India during the 80s and 90s, one could identify the production company behind every Bollywood movie through the short ident in the beginning simply from its sound. In my case, this sound pretty much dictated my decision whether to watch a particular movie because I knew exactly what to expect. Little did I know that it was my first brush with what is known today as ‘sonic branding’.

For the uninitiated, the same way that a company is recognised by its visual logo, a ‘sonic’ logo creates an immediate awareness of brand identity purely through audio. Sonic branding is a great way to utilise a human being’s memory of sound to reinforce a brand or message.

Over the last 18 years, I’ve been fortunate to witness the evolution of sonic branding in communication. During the early 2000s, it was all about creating jingles for big brands like Cadbury, Britannia, and Titan watches. The 30-second jingle had a critical role to play not just to help sell a slice-of-life film script to a client but also to ensure the popularity of the commercial. The stickiness and hummability of an ad jingle were key, and the sonic note at the end was usually a derivative of this jingle.

However, as advertising evolved and became more conversation-based, the reliance on jingles started decreasing. Foley sounds were used to represent the ambience, while the sonic tune was restricted to the end of a commercial when the logo was revealed.

Today, as the sheer number of mediums has increased, the role of a creative agency partner includes conceptualising not only a film commercial but also the entire breadth of the brand’s touchpoints. Thus, the need to create sonic branding that works across different intervals along this journey has become imperative.

The last few years have seen a significant uptake in the number of brands opening up to the possibilities of sonic branding. One of the main reasons for that is the changing landscape of media consumption. Earlier, if a brand had the budget, TV would be the go-to medium to achieve reach. But today, with millennials and Gen Z consuming shorter content on their phone screen, the 30-second piece of music has become too long – leading to the importance of a much shorter sonic identity.

The mandate of creating sonic branding includes creating a whole new gamut of sonic experiences. This includes UI/UX sonic design, creating ambient sound inside brand experiential spaces, and creating navigational on-app sonic alerts and notifications. All of these engage with the customer and enhance their experience.

Today, some companies deploy a whole system to create a sonic identity that requires the coming together of brand strategy, the science of sound, and the art of music. The creation of sonic branding necessitates taking the entire catalogue of the company’s sounds – from the promotional to the functional – and offering a systemic approach to how they want to be perceived.

Since music has the power to evoke different moods in people, the first step is to understand the brand’s personality. The next step is to find the right audio fit to create a unique musical expression that matches the brand’s DNA.

Here are a few classifications of different archetypes of sonic branding:

The most well-known examples have to do with technology and payments, like ‘Intel Inside’. Most recently, this also includes the Mastercard sonic brand identity, where the melody would play whenever consumers used their cards in physical, digital, and voice environments.

Netflix and Amazon Prime’s sound mnemonics for their original content are the first ones that come to mind. These sounds evoke a strong sense of the curated content that reassures the consumer of the content’s quality.

The “I’m Lovin It” sonic from McDonald’s is a good example that illustrates the ‘It’s time to have fun’ aspect by bringing people together around food.

When looking at the numbers, marketers have realised that a number of significant transactions are happening behind the screen. Hence, they are willingly investing in a sonic identity that is just as instantly identifiable by their consumers as their logo and visual design. A sonic identity is not just a massive opportunity but also an effortless addition to craft a unique statement and make emotional connections with consumers.