Memac Ogilvy Dubai wins a Wood Pencil in D&AD awards. The MENA region had a total of eight shortlists from the United Arab Emirates and Egypt. 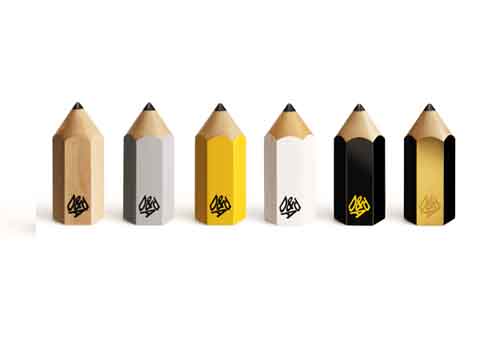 Memac Ogilvy Dubai has won a Wood Pencil in D&AD awards with ‘Buy With Your Time’ for Al Futtaim IKEA. The MENA region had a total of eight shortlists from the United Arab Emirates and Egypt.

This year D&AD saw that despite an unprecedented year for the creative industries, the standard of work submitted reached the same exceptional level. As such, they awarded 3 Black Pencils, the shows top award, reserved only for groundbreaking work. The recipients were:

Women animators from across the world aiming to open up the many narratives and break taboos around the experiences of people with wombs.

A collaboration with Mastercard to support the rights of transgender and nonbinary people to use their chosen names on credit cards.

Turning plywood boards used to barricade storefronts during the Black Lives Matter protests into polling booths, empowering Black Americans to use their right to vote.

This year’s President’s Award, reserved for true industry heroes, was awarded to Kim Gehrig, Director at Somesuch, for her outstanding contribution to creativity.

Naresh Ramchandani, D&AD President, commented: “For me, creative excellence is work that acts both for the brief and for the world, putting social purpose at the heart of commercial success, and showing us that great creativity lifts everybody up. Kim Gehrig’s work lifts so many people up – women trying to get fitter in the case of This Girl Can, men who stand against toxic masculinity with We Believe, and people unafraid to speak up about periods with Viva La Vulva. Kim is not just an ‘issues director’, because when she addresses issues, they’re not issues at all – they’re national and international provocations and celebrations that touch the hearts of everyone who cares and many more who didn’t know they did. For this reason I believe she couldn’t be more deserving of this year’s President’s Award.”

Companies of the Year

The top-ranking advertising winners of the year are:

The top-ranking design winners of the year are:

The top-ranking production winners of the year are:

The top-ranking clients of the year are:

Donal Keenan, Awards Director at D&AD commented: “D&AD Black Pencils are an incredibly special and rare industry accolade. I am delighted that this year we have three projects that are driving real behavioral change, from helping empower communities, to increasing freedoms and smashing taboos. The discussion in all three Black Pencil juries was insightful and rigorous this year. D&AD would like to say thank you again to all our fantastic judges in making these Black Pencil choices.”

Alongside the Craft, Next, Advertising and Side Hustle categories, D&AD announced the Pencil winners for this year’s Collaborative category at the ceremony. These awards celebrate long-lasting relationships between clients and their design, advertising and/or production companies that have led to the creation of noteworthy work in recent years. The first for advertising agency was awarded to Brazil’s AlmapBBDO for their continued work with Alpargatas and the second for design agency was awarded to UK based Superunion for their work alongside The London Symphony Orchestra.

The Side Hustle category reflects the increasing number of creatives applying their skills and personal passions to side projects, something that has become even more apparent during the pandemic. From creating new businesses to developing initiatives to address social and environmental issues, this category aims to spotlight world-class creativity beyond people’s day jobs.

The Next categories award emerging creatives, designers, directors, illustrators and photographers to recognise the next generation of creative talent. The awards seek to recognise their work and showcase their ideas to creative influencers, mentors and agencies.

Dara Lynch, CCO at D&AD commented: “While the pandemic has kept our peers physically distant from each other, the power of creative excellence has remained as strong as ever. We hope the first of our two virtual ceremonies has provided an opportunity for the industry to come together to view, be inspired by and celebrate the immense talent across the creative community. We have taken many of the learnings from last year’s digital awards and implemented them this year to create an experience that holds true to the value of our awards and celebrates every single pencil winner as they truly deserve to be. We are looking forward to our second ceremony to once again reveal more outstanding work as well as the winners of our highly coveted Black Pencils, the President’s Award and Companies of the Year.”

D&AD this year continues to platform the most exceptional work from the past 12 months, following the same rigorous judging process that holds creativity to the highest standards. Famously tough to win, there are no quotas for D&AD Awards, meaning that the number of awarded entries fluctuates each year. In some years, no Black Pencils – the highest creative accolade – are awarded. The highest ever awarded in one year currently stands at eight.

Winning work will not only receive an esteemed D&AD Pencil, it will also be featured in the digital D&AD Annual and online archive – a definitive guide for creatives all around the world.

The total number of Pencils awarded for the D&AD Awards 2021 by level are as follows:

The Pencil winning works and all shortlisted entries are showcased on the D&AD Website. 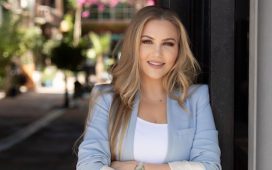