Is the age of flashing one’s cash over? After extensive research, the world’s leading luxury brand has discovered that, in some respects at least, it probably is. And as Acorn Stategy's senior copywriter, Kevin Hackett, explains, this is something anyone, at any level in the luxury industry should sit up and take notice of. 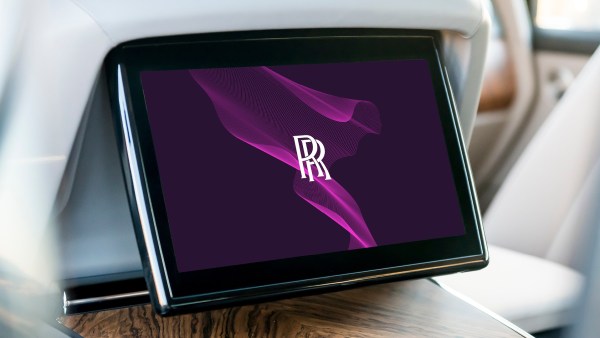 Is there a more accurate byword for ultimate luxury than Rolls-Royce? Possibly not. The name might be attached to aircraft jet engines and other huge engineering projects all around the planet but, for most people, it means simply the best motorcar in the world. As a status symbol on wheels it has no peer.

The announcement and subsequent unveiling of an all-new Rolls-Royce model is a rarity in itself and, on 1 September this year, the silky wraps were taken off the new Ghost, which will replace the incumbent that has been in production since 2009 and is easily the company’s most successful model. This new Ghost is, Rolls-Royce says, entirely new with only the umbrellas ensconced within the doors being carried over from the outgoing model.

In fact such is the importance of this new car for the company that its CEO, Torsten Müller-Ötvös, recently took the highly unusual step of addressing the matter in an open letter, in which he explained how its development took shape. And anyone in the luxury business – cars, jewellery, real estate or anything else – should take note because, when the world’s leading luxury brand changes direction even slightly, it’s a sign of wholesale change that’s likely to impact every level of the business. This is a company that talks to its customers, asks them what they really want and listens before deciding on any course of action.

“To create a product that would resonate with our Ghost clients for the next 10 years,” wrote Müller-Ötvös, “meant that we had to listen very carefully to their demands and desires. And we did so. They told us that they very much enjoyed Ghost’s versatility and breadth of character. It is a car they enjoyed driving themselves – or to be driven in, should the occasion call for a chauffeur. They also appreciated the car’s pared-back simplicity, or as they put it, “a slightly smaller, less ostentatious means to own a Rolls-Royce”.

So far, so corporate, but it gets more interesting in the next paragraph where he says these clients had clearly expressed a desire for things to be toned down a bit – for this ultimate symbol of wealth and success to be a bit less ‘obvious’. There are few things on the road more obvious than a modern Rolls-Royce, so this must have struck a nerve.

“This demand,” he went on, “resonated with findings of our Luxury Intelligence Unit and designers at the Home of Rolls-Royce in Goodwood, West Sussex who, for some years had been tracking an emerging contemporary movement within a particular layer of luxury consumers, which included our Ghost clients, and which we called ‘Post Opulence’. We found that these clients are showing a marked tendency towards luxury objects that celebrate reduction and restraint – that don’t shout, but rather, whisper. They are seeking design purity by rejecting obvious and unnecessary embellishments and overt complication.”

Ghost clients have, from the very beginning, been of a younger demographic than the mighty Phantom flagship, and the spending power of this age group is formidable, too important to ignore. And for them, it seems, less is more. ‘Post Opulence’ might seem like it came from the same pen as ‘Conscious Uncoupling’ or any other contrived saying you care to think of but this is Rolls-Royce and the company’s commitment to consumer research is legendary. As Bob Dylan famously once wrote, The Times They Are A-Changin’, and the definition of opulence is likely to change with ’em. Müller-Ötvös says later in his letter that the company he steers remains “alert for any signs of a recalibration of need within layers of the global luxury marketplace.”

Bearing in mind that the development programme for the new Ghost commenced more than five years ago, we can safely say this desire for less ostentatious luxury isn’t a fall-out from the global health emergency we’re still at the mercy of. But if wealthy younger people were feeling like opulence needed to be turned down a notch beforehand, the coronavirus pandemic will surely make the desire even stronger. Faced with such crises, even the ‘one percenters’ reassess priorities and, for many, material possessions become less important. It’s somehow unseemly to flaunt one’s wealth when there’s so much uncertainty, distress and anxiety around.

There is every reason, therefore, to expect a shift in tastes and buying habits in the luxury sector. There will, naturally, always be a desire on the part of the rich to possess the finest things money can buy – and why not? – but future ‘big ticket’ purchases are likely to be less ‘in your face’. From the timepiece on your wrist, to the house you build or the restaurants you frequent and, of course, the car you drive, there’s going to be less showboating, more subtlety. All of which means anyone in the marketing industry needs to get into a similar mindset.

When it comes to marketing luxury brands in our part of the world, there is absolutely no point in dismissing this newly discovered desire for less flash and there’s a very good reason for that: the UAE is an incredibly important market for Rolls-Royce and the dealerships in Abu Dhabi and Dubai have, for years, been among the most successful globally. Which means we can accurately surmise that a proportion of those ‘post opulent’ Ghost clients who’d requested this change will have been based right here.

Make no mistake, the UAE remains home to an enormous amount of personal and family wealth and the new Ghost will undoubtedly be a significant success here. But watch closely how Rolls-Royce markets it and prepare to follow suit, applying the same mechanics to whatever campaigns we’re pitching to luxury brand clients. The desire for supremely well designed, crafted and engineered commodities will undoubtedly remain but it appears that, perhaps long overdue, less finally will be more.