GETTING TV RIGHT DURING RAMADAN! 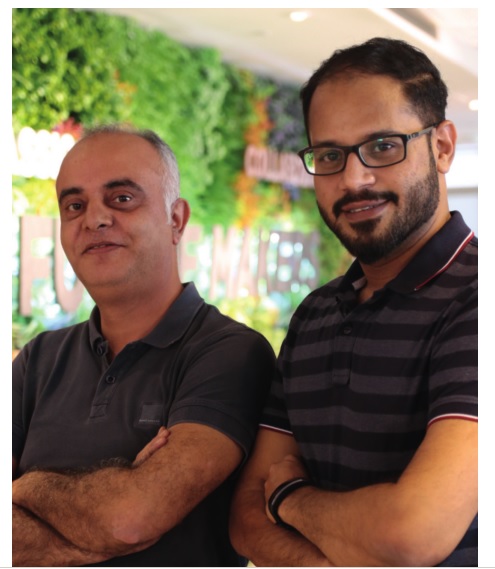 The changing media landscape leading to fragmentation of screens, broken attention and message overload has had a profound effect on TV viewing. The average ratings in KSA and UAE have dropped by around 22% and 14% respectively over the last five years. The effect is more pronounced against women aged 20-44, with ratings dropping by 27% in KSA as compared to the same time period. This is a worrying trend since these are the key decision makers for most of the big-spending FMCG brands.

The impact is yearlong yet there is one period where TV viewing is a part of the culture and viewers show high receptivity towards advertising messages. This period is the holy month of Ramadan. A month-long TV viewing binge that reaches large audiences across the region. Audience attentiveness during this period means it is a great way of building saliency and memory structures.

For effective use of media during the months of Ramadan here are 7 key principles that a brand should consider during planning:

1. Take the strategic call to thrive in clutter

Average daily clutter is 15% higher than the average of other months. However, for channels airing special Ramadan content the clutter level doubles. This period also sees a three-fold increase in the clutter for local channels.  Resultantly, during Ramadan brands need to invest higher to overcome these two challenges. This would be counterproductive as more frequency means more clutter and so on. Brands looking to have a presence during Ramadan need to carry out an analysis of the cost to benefit to decide whether to have a campaign during Ramadan or not.

2. Optimise across genre to leverage on viewership

During Ramadan Arabic general entertainment stations air tentpole Ramadan programming that leads to a larger share of eyeballs and hence viewership increases by around 40% in KSA and almost doubles in UAE. This comes at the expense of movie and news channels whose ratings drop by 80% and 60% vs normal months. This also nullifies the overall impact and hence the viewership remains balanced.

This demonstrates that unlike other months, during Ramadan people consume more local programming. Brands should look to develop messages which are tailor-made for this occasion instead of adapting international creatives.

4. Work on your storytelling

It has been observed with higher viewer engagement with ads, Ramadan is an ideal season for messages becoming viral. Emotive commercials with social messages work very well. Some of the most famous commercials in the region have aired during Ramadan. A quick look at some of the brand commercials of the likes of Coca-cola, Vodafone, Almarai and Zain gives an idea of this evocative virality. Some of these commercials have over 25 million views on YouTube. A classic case of Ramadan association is Vimto.  The brand has created a special place for itself in Ramadan, so much so that people would associate the arrival of Ramadan through Vimto advertising. Like TV channels, brands should look to create special Ramadan messaging to take advantage of viewer engagement and cut through the clutter.

The other startling observation during Ramadan TV advertising has been soaring airtime prices. With all brands wanting to have a share of the TV airtime pie, higher TV costs can be negated by looking at reach across TV and online video. At Wavemaker, our live panel data across Saudi and UAE helps us to gauge the incremental reach across TV and online video and optimize our investments to avoid waste. Dayparting is another efficient way of reaching audiences by seeding content on online video platforms during the non-TV-heavy dayparts. Create a content bucket where the ad will be seeded. This should include content on TV and online video channels. The goal should be to seed our message across different content genres and platforms to widen the net.

For brands who do not have the luxury of creating special Ramadan communication, leveraging on spot positioning can be an option during high-viewership, high-clutter environments. This will come at a premium, but it is worth considering clutter.

Majority of the viewership happens post-Iftaar and extends late into the night. During Ramadan, evening and primetime bands register a 5-6% increase in viewership corresponding to a drop-in morning (-4%) and afternoon time bands (-8%). Unlike other months, during Ramadan, late night is a more viable option vs morning & afternoon daypart.

Ramadan also gives advertisers an opportunity to continuously optimize your TV plan to build on viewership behavior. Daily series still command 35% of total programming aired but has dropped by 20% over the past three years. Total hours of Syrian series have dropped by 70% and this has led to an increase in Khaleeji and Egyptian series. Viewership of daily series remains consistent throughout the Ramadan and is not subject to major fluctuation as compared to other genres. First-week viewership data is very crucial as it is a good indicator for the future viewership trends and can set up the pace to optimize campaigns better by shifting weights to more efficient time bands and content.

Predictions2020: Year ahead for Adtech by MMP’s Ayman Haydar

Expo 2020 Dubai: Welcome to the Future

Predictions2020: Year ahead for Adtech by MMP’s Ayman Haydar