FP7 steals the show at the Effies 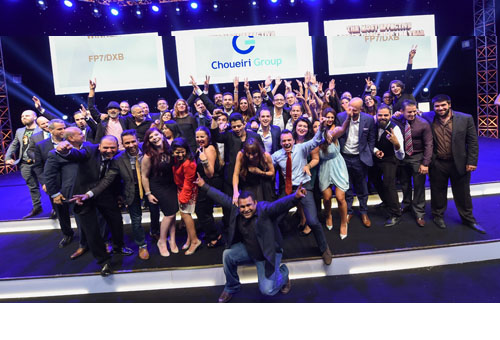 FP7 has continued its winning streak at the Effie MENA Awards by bagging both the network and agency of the year titles for the third year running.

The network landed 22 awards in total including 10 golds for the Dubai office, which walked away with the agency of the year accolade.

The grand prix went to OMD Egypt and Impact BBDO Cairo for their ‘Sting Launch Campaign’ for PepsiCo. The campaign also won gold in the best youth marketing category.

Alongside the grand prix, OMD’s offices in the United Arab Emirates, Egypt and Algeria collectively won a further nine prizes including three golds and two silvers. OMD UAE collected six of these, resulting in the office being named the most effective media agency.

The Coca-Cola Company scooped the award for most effective marketing team of the year.

“It’s incredibly humbling to say the least to win this award three years running,” said Sasan Saeidi, managing director at FP7 UAE. “And we have seen the competition and standards go higher year on year; which means that every year more effort and dedication is needed to raise the bar even more. All I can say is that winning this honour takes a lot of effort and more so a passionate agency behind the scenes that is relentless.”

He added: “We won in a lot of the categories and we had an incredibly high percentage of shortlists. The categories were judged very thoroughly this year and this was evident in the quality of the work that won by all agencies – a lot of nice storytelling and content that went across platforms. Of course all of them showing return on investment and creativity with purpose.”

Alexandre Hawari, co-chief executive of award organisers Mediaquest Corp, said: “The high standard of entries combined with the rigorous and stringent evaluation procedures mean that it was a very tough competition indeed this year. We would like to congratulate all of the winners as well as the runners up– the competition, with so many entrants this year, truly was tough.”