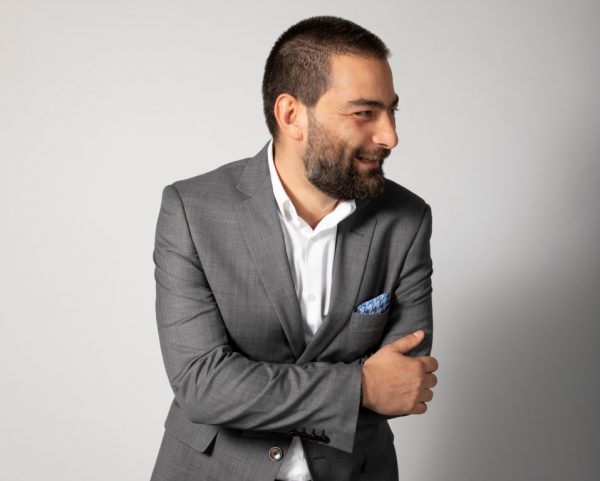 What is being human? That’s a question our ancestors have attempted to answer since the cognitive dawn of humankind; a question that has repeatedly tried to distinguish us from the other species, more often than not on the basis of the values we inherit and our capacity for emotion. In today’s world, at the high noon of the technological revolution, being human holds a very different connotation.

Today, we find scientists, scholars, and society dissecting with great scrutiny what does and does not constitute humanity. It’s not the first time humanity has come under the microscope in the face of technology – Orwell’s 1984 dreamed of a future controlled by technology more than 30 years before the invention of the first smartphone – but it may be the first time human beings have the tools at our disposal to use technology to so significantly alter the course of humankind.

In fact, in our ever-evolving digital world, the social impacts of the technological revolution are already apparent; technology is effectively conditioning us from an early age, creating a culture where we rely on it to practise nearly everything in our everyday lives. It can be said that no aspect of our lives stands unaffected, from the way we look to the way we talk to the way we think to the way we optimise our lives. Now this may sound positive; it may seem to paint an image of a utopian world where technology is helping us evolve as humans. But, for me, this is a mirage.

Fake, fake, artificial. From lips to intelligence, we are losing touch with reality every day. Bit by bit, byte by byte.

The world as we know it is now artificial, addiction turning into dependence, and dependence turning into governance that, in turn, continues to diminish the role of human beings. Are we using technology as a tool with which to build up our aspirations, or as an alternative, replacing our very nature? That’s the real struggle.

I am no technophobe; technology certainly can be a powerful and positive force when it is harnessed with care, when it serves to improve our everyday lives, security, and comfort. After all, who wouldn’t want better medical equipment and care, a safer way to travel, a healthier environment, a more practical and efficient day-to-day life? What I surely don’t want is to live in a world that is beyond our capacity to understand or control; a world where, in the event of a system failure, we wouldn’t survive for five minutes more.

There is and should be a limit to how far we can go, even if the potential is limitless. The point here is to not cross the line drawn by our original destiny.

The benefits we have gained from the digital revolution, from breakthroughs in knowledge to communication, have been invaluable. However, at the same time, the threat has been ever-growing. As the relationship between technology and society continues to evolve, the potential for technology to control and influence the minds of people becomes increasingly clear. The real danger is not in the significant reach of technology, but in its ability to misinform. That is what arms it to control opinions and warp perceptions – and that goes from selling a product to influencing any kind of discourse. The more we are connected online, the more we seem to be disconnected from reality.

These social implications, perhaps, are less dangerous than those of bioengineering technologies that disturb our guiding principles. The ability to modify genes, for instance, challenges the very foundation of life and threatens to change the DNA of who we are as human beings.

Do we have the maturity to embrace all this innovation? Do we have the ability to keep up with the rate of technological development? Are we capable of adapting while adopting? And will we be able to evolve our moral codes and laws in an abstract world that is changing every microsecond? Will we lose sight of the values that previously defined our humanity?

Computers started talking to computers back in 1936-1938, when the first programmable computer was created. The history of robots, in fact, has its origins in the ancient world. It’s only in the Industrial Revolution that it evolved, which led to the integration between complex mechanics, and electricity.

Yesterday’s technology used to serve humanity. Today’s is no different, until we start taking it too far – which is something humans through history seem to have a knack for. Where is the limit? Should we draw the line? I say hell, yes.

Does humanity really need a robot that looks and socialises like an attractive woman? Do we really need a news anchor that is a machine? In what way does it benefit us to replace Beethoven, or even Justin Bieber, with a music-composing, lyric-writing computer that competes in China’s charts? We could eventually run the world with only robots and machines, perhaps even far past the extinction of their human counterparts. But at what cost?

It is inevitable that we will come to compete with our own inventions (how many jobs have been erased by this already?). This will be a fight that we are sure to lose, because what we call “artificial” today will become real tomorrow, and our intelligent stupidity – the product of our greedy attempts to be too smart – will get the best of us and our fragile humanity, in this Icarian tale.

Speaking of humans, aren’t we the perfect machines? The most beautifully complex combination of neural networks and chemical reactions? Trillions of cells, interacting just so to allow us to walk, eat, think, hurt, react, question – is this not a machine? Yes, with one major distinction; feelings, connected to (indistinguishable from) rational thinking; real, not fake. And that’s exactly what we need to protect. Feelings. Inspiration. Creativity.

And herein lies all the difference.

Computers don’t make mistakes. They are programmed, hardwired, not to let feelings influence the binary decisions they make. We do. Imagine for a moment a world free of mistakes. Mechanical. Free of sentiment. Our nature doesn’t allow us to. In fact, our humanity hangs in the balance between positive and negative, wrong and right; To tip that delicate balance would defy it.

Am I advocating we happily walk ourselves back to the dark ages? Absolutely not. Simply that we enable a more controlled technological revolution. Technology has the power; the power to improve our lives, to change our narrative, to be far more destructive than the weapons we keep out of the hands of the people; yet it is free to everyone. It is advancing at a rate unparalleled in the collective memory of humankind, and we are not equipped to keep up. It should be contained, regulated and supervised, lest it become the ultimate weapon of human destruction.

Perhaps, this is the last essay I write myself, before my artificially intelligent CEO does it on my behalf. Meanwhile, I will enjoy being human.