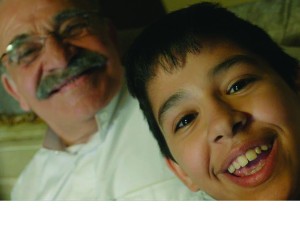 Impact BBDO Dubai and Leo Burnett Dubai were joint runners up, followed by FP7 Dubai. A global campaign from the region, over 20 per cent revenue growth and a Titanium Lion aided Memac Ogilvy’s title defence.

The agency opened Coca-Cola’s Ramadan by asking audiences to open up, speak of the unspoken issues hidden under the table, breaking away from the norm of happy families in TV commercials of the season.

And for the same brand, the agency came up with ‘Social Media Guard’ earlier in the year. For Coca-Cola, this was quite unlike the feel-good ‘open up’ scripts it authors. And refreshing.

The irreverent Mentos too played its part in the agency’s reel for 2014. Memac Ogilvy ensured that the brand stayed fresh with a TVC and social media campaign.

‘Pay for water what you think it’s worth’ was the message in Arwa’s ‘Price of water’ integrated campaign. A case of a brand standing up for a worthy cause, while the agency ensured the right expression to make the sincere appeal stand out.

The agency launched what is billed as Al Jazeera’s largest marketing campaign to date. The news brand made a positioning statement ‘Hear the Human Story’ with telling impact. The human stories told ranged from Spain to Philippines, spoke of hope and courage, and were rendered positive and inspirational.

The Auto-Complete Truth, first launched in 2013, continued into 2014, according to the agency, and picked up momentum further on social media early this year. Despite discounting for the fact that the campaign was launched last year, the agency topped the ‘Work’ scores. Meanwhile, Memac Ogilvy’s Rescue Radio campaign continues to save domestic workers in Lebanon.

The agency claimed revenue growth of 21 per cent in a tough year. This was a result of organic growth and new business acquisitions.

In the year, Memac Ogilvy Group announced the launch of Ogilvy CommonHealth – billed as a division dedicated to bridging the gap between governments, pharmaceuticals, healthcare professionals and the general public. At launch, the rationale behind the launch was made evident. With government spending on healthcare being a stated commitment across the region, there is a real and relevant need for the unit. It also launched Ogilvy Sports Marketing in 2014. The agency launched Lean & Mean, an in-house production unit with audio-visual capabilities.

Dubai was selected, along with London, to be a hub for defining Geometry Global’s new strategic outlook, spearheading the initiative across the globe.

The Cannes Titanium Lion for UN Women (Auto-Complete Truth), the region’s first, sits atop the pile of metals for the agency in 2014. Among hordes of international awards were three Gold Cannes Lions, a Grand Prize and a First Prize at New York Festivals, and two Golds each at The One Show and Clio. All of them added up to making Memac Ogilvy Dubai the fourth most awarded office globally in the Ogilvy Network of 532 offices. Closer home, it won, among others, nine Golds at the Dubai Lynx, and one at the MENA Effie.

The last two segments (Talent and Culture Initiatives, Industry Contribution and CSR) were areas where the agency could have increased  its margin over the competition on the score sheet. Nevertheless, there was enough to ensure enough points were accumulated here too, to take Memac Ogilvy to the top of the table.

The agency claims a 10.3 per cent growth in headcount over 2013. It sent staff to 21 training programmes during 2014, both locally and internationally. In all, 27 per cent of staff attended these programmes. Monthly strategy and [email protected] webinars added to the list of activities.

The Sprite Cricket Stars designed by Memac Ogilvy  to give back to labourers who helped build the UAE completed its third edition this year. The agency continued its exchange programme with the Miami Ad School, and hosted 46 local interns over the course of the year. It published a book ‘A Storm of Minds’ written by Geometry Global planning director Roy Armale.

Agency ECD Ramzi Moutran sits on the AUD Advisory Board and planning director Evan Kearney sits on the Zayed University Advisory Board, working with the universities to improve their media and communications programmes. The agency continues with its live brief module with communications students at AUD, which counts towards their final grade. Ramzi Moutran was also invited to serve as a judge at the London International Awards.