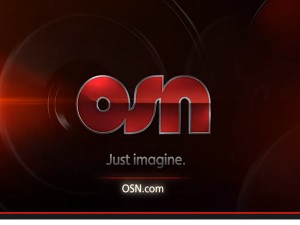 Impact BBDO, Leo Burnett and TBWA\Raad in the fray for regional creative duties.

Pay TV and entertainment distribution platform OSN is currently holding a pitch for its regional creative duties. The agencies in the fray are Impact BBDO, Leo Burnett and TBWA\Raad.

The pitch comes ahead of the ICC Cricket World Cup and the Oscars in February 2015. OSN has rights in the region for both global events.

Speaking with Campaign Middle East, Hamad Malik, chief marketing officer, OSN, said, “We were working with multiple agencies on a loose relationship until now. JWT Cairo had worked on some projects, we did some with Impact BBDO Dubai, and some with Grey New York. We wanted to bring it under one agency partner and should be announcing the chosen agency in early January.”

OSN has also called for a digital and social agency pitch. From six agencies that were invited to pitch, OSN says discussions will take place with two or three in early January, with the chosen agency coming on board effective 1 February 2015.

The incumbent on the digital account is Tribe. OSN spends 11 to 12 per cent of its media budget on digital and social channels, according to Malik.

The media duties remain with Starcom MediaVest Group, while PR continues to be handled by ASDA’A Burson-Marsteller.