Can technologists be creative leaders? 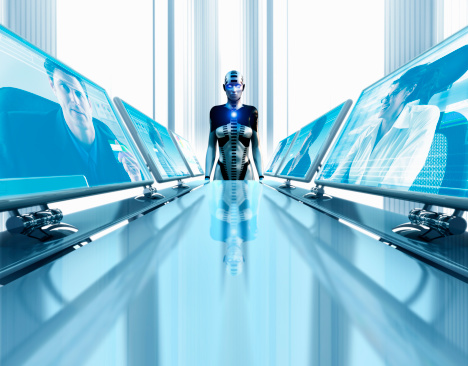 Whether they are a fad or an important development within the lifespan of agencies, creative technologists appear to be here to stay

The world gets dafter and dafter. Perhaps. Agencies are putting tech and digital alongside craft skills to meet the challenge of a changing communication landscape. This is borne out by an Accenture report that said “marketing is so inextricably linked to technology that, by 2017, chief marketing officers are projected to spend more on IT and analytics than chief information officers”.

More and more advertising will be delivered via technological means and this point is not lost on Sir Martin Sorrell, the boss of WPP, who has acknowledged how chief technology officers often lead conversations with agencies.

Indeed, many agencies have chief technology officers, including those within the Middle East, but the marriage of tech and creative roles is relatively new. In November last year, for example, Grey London appointed Perry Nightingale as its first ever executive creative technologist. To some it was ridiculous, to others an inspired move. Is there method in what some might interpret as madness?

“What we have done isn’t radical,” said Nils Leonard, chairman and chief creative officer of Grey London at the time. “It’s simply a recognition that we were off the pace. The entertainment and media industries have put technology at the heart of their businesses and we want it at the heart of our culture. This is about us being match-fit for the future. What is more, our clients share our belief that the world is changing fast.

“Perry Nightingale is no weird tinkerer but is there to give our clients a competitive advantage, so he is no expensive luxury. Agencies that believe this, and are interested only in award-winning TV work, will find their days are numbered.”

Yet Leigh Thomas, chief executive of Dare, argues that there is a danger of removing technology from strategy if placed within the creative process.

“As technology comes together with marketing, creative agencies must learn to use it if they are to deliver brand messages in the most fulsome way. However, there is a slight danger that, in introducing technology into the creative process, you don’t embed it in the strategy. It isn’t just about creating a whizzy website but the total customer experience. You can end up with a very fragmented approach if you aren’t careful. Clients in general, and marketing directors in particular, are putting much more emphasis on the customer experience. Agencies that don’t acknowledge that the landscape is different will find their growth slowing.”

What is a creative technologist?

“Despite the obvious parallels between creative directors and technical directors, we often hear horror stories about these two entities locking horns,” says Matt Meckes, technical director at Cohaesus. “Creatives are stereotyped as focusing on the visual with little regard to development time, or any technical limitations. Equally, the technical team is often billed as unimaginative.

“The role of creative technologist has been conceived of to bridge the gap between the two departments, marrying the visual aesthetic with what is technically viable. Having someone with a foot in each camp is hugely valuable. Yet in practice, striking the right balance between technical knowledge and a creative approach can be difficult.

“Sadly, in my experience, so-called creative technologists are often developers that are added on to creative teams as an afterthought. They are there to provide a tech-focused staffer who is appointed to add their voice to the creative team and explain to them which of their ideas might actually work.”

What should a creative technologist actually do?

“The journey to becoming a creative technologist remains a path less trodden, although specialised degrees are becoming more common,” says Meckes. “Yet I believe there’s no substitute when it comes to providing in-depth, hands-on training within an agency environment.

“It’s particularly important to have a base level of technical expertise. Without the investment in the latest technical know-how and exposure to ever-evolving technology, the embedded creative technologist can soon find him or herself isolated and struggling to keep up with their industry peers. They are often underfunded and unappreciated, perhaps even derided as mere techies. I’ve walked in to some global creative agencies only to find an entire floor devoted to the reception area while the head of technology has a three-year-old PC and is having to write a document outlining the business case for an upgrade.”

“Once the technical support is in place, it’s important not to neglect the creativity. Good technologists should understand the field so well that they can and will always make that leap of the imagination to express creativity,” adds Meckes.

“It’s about imagining something more, something different, more engaging or exciting or appealing – always looking beyond the boundaries of current knowledge for new possibilities. In doing so, creative technologists can actively approach stakeholders with more than just a mood board. They can go armed with prototypes early on in the process that really bring the vision to life.

“Equally, they can make valuable suggestions based on what works and what doesn’t. Have we tried using virtual reality? What about a gamification angle? How quickly could we pull that together? These are all questions that the creative technologist will know the answer to.

“We live in incredibly exciting times. With creativity and technology intertwined and inseparable in the world of film, video, virtual reality, games and advertising, all bets are off and all barriers dissolved.

Perhaps when we Google ‘creative technologist’ this time next year, we’ll see a little less fence-sitting.”