Calling the tune, in conversation with Barry Kirsch

Barry Kirsch is arguably Dubai’s best known music man. After 50 years in the business he tells Austyn Allison what brought him to where he is today. 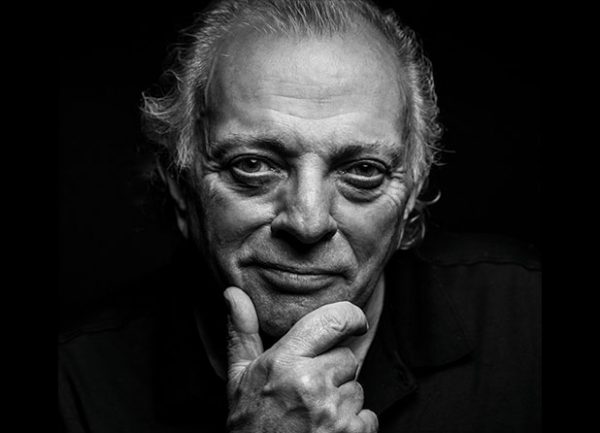 Barry Kirsch is celebrating 50 years in the industry. In the region he is perhaps best known for his company BKP, which he founded as Barry Kirsch Productions in the late 1990s. BKP is a Dubai-based hub for music, podcasts and other audio, including licensing, live musicians and, well, all things aural.

But Kirsch’s story before he came to the region took him from mainland Europe through some of the most exciting times to live in London, then Hollywood and beyond. Campaign caught up with him recently to map the path that brought him to Dubai.

“I had an interesting life with what was happening in London,” he says. “I’d been through the absolute best possible era you could possibly have lived through: music in the 70s, advertising in the 80s.” Throw in Hollywood in the 90s and Dubai in the 2000s and it’s fair to say that Kirsch has a knack of being in the right place at the right time.

Music has been in his blood since he was born. He grew up in Belgium in the 50s and 60s, with a father who worked for EMI, and spent his childhood surrounded by music and musicians.

He learned to play the piano that stood in his house, but by the time he had moved to early 1970s London in his 20s, it was largely the guitar he used for gigging.

“I thought about going to music college, but to be honest with you I just wanted to play rock and roll and write, and that’s exactly what I did,” says Kirsch. And his musical aspirations led him from the stage to the studio.

“Being in a studio has always been, for me, a very special experience,” he says. While playing live offers an adrenaline rush, recording is more intellectual. “When you hit that final mix, you know it’s good,” he says. That knowledge of when you’ve nailed it doesn’t come straight away but is born of “experience and a certain amount of empathy and a certain amount of honesty”.

Aged 22, Kirsch and his writing partner Julian Smith (they had been introduced by a mutual friend who knew they were both destined for careers in music) were signed as songwriters by legendary British jazz producer Denis Preston. Calling themselves Julian Kirsch, they wrote songs for bands including the Bay City Rollers.

Even recently, in 2021, one song – LA Loves You, recorded by 70s rock group Glassband – was picked up playing in the background of a Tom Cruise film. Kirsch found out when he was contacted to find out where to send the royalties. 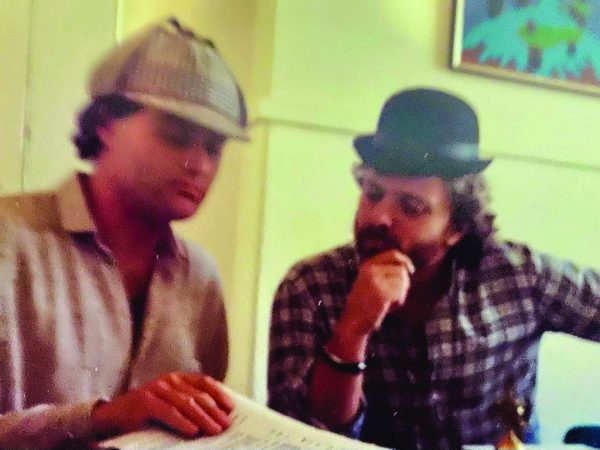 For five years with Preston, says Kirsch, “we had a jolly good time and wrote a few songs and got paid quite a lot of money”.

Then, at a party in Soho, he ran into Sue Manning, an agent for composers in advertising. She offered to represent him if he was prepared to write jingles for her. He agreed, wrote his first melody for the Milk Marketing Board, and now he was in advertising.

Although not much more came from Manning, Kirsch had “sort of got bitten by the bug”.

However, he wasn’t the only jingle writer to realise that the business was both fun and lucrative. “It was very difficult to break in,” he says. “These guys were super protective because they were making fantastic money.”

By now, Kirsch was one-third of Candle Music, along with fellow songwriter Charlie Spencer and manager Tony Satchell. If the front door to adland was barred to upstarts like Candle, they had to find another way in.

Realising it was hard to get meetings with agency heads, Candle went through ad agency secretaries and receptionists. Their offer: let us use a meeting room during your office’s lunch break, and we will give you a show. Literally.

Creatives planning to eat their sandwiches in the office found themselves invited to the board room where a Punch and Judy stage was set on the table. As the diminutive curtain rose, they were greeted by Kirsch and Spencer (pictured, left) playing the parts of famous fictional detectives Sherlock Holmes and Dr. Watson, hot on the trail of two jingle writers who had stolen someone’s copyright.

The duo performed their act an “unbelievable” 150 times around the agencies of Soho.

“Some people found that absolutely hilarious and side-splitting, and other people just didn’t get it at all,” says Kirsch. Candle Music began picking up work from those creatives who laughed at their humour, and the door was open.

In the late 1980s a man named Leslie Oakes, from a GCC-based agency, FP7, came to Kirsch and said he was on a post-production job for a Middle East client. Someone had told him Kirsch might be able to supply an Arabic voice-over artist. This wasn’t something Kirsch specialised in – yet – but he made some calls and found the talent.

Thanks to his relationship with FP7 and its founder, Akram Miknas, and in a snowball effect from saying yes to Oakes, Kirsch became the go-to guy in London for Arabic work. It wasn’t long before he was commissioned by the agency of ambitious, up-and-coming UAE airline Emirates. He wrote a jingle for the carrier, which became so recognisable that for years Kirsch was haunted by clients asking for “something like Emirates”.

In the basement of FP7’s London offices, Kirsch set up a base. He planned to kit out a whole studio there, but the casino next door bought the building and both FP7 and Kirsch were booted out.

A move to South Africa was in the works when he got a call from Hollywood director Ken Russell. Kirsch had been pitching soundtrack proposals to producers and directors known to have current projects, and Russell was the first to bite.

Kirsch flew to LA to work on the soundtrack for 1991’s Prisoner of Honor, about the Dreyfus affair and starring Richard Dreyfuss (no relation).

After the film wrapped, he returned to London, where he was by now becoming an expert on Arabic music. While late 80s electronica was morphing into 90s dance, and synthesisers were the instrument of choice, Oriental music benefits from being played live.

Computers were taking the place of session musicians, and as anxiety gripped London in the run-up to the millennium, the Swinging 60s had mutated over the course of Kirsch’s career to date into the Nasty 90s.

In 1998 he was on one of his now regular trips to Dubai, partly for a holiday and a break from the UK. His mother had passed away, weakening his ties to Britain, and he was looking for a new start.

Free zones such as Jebel Ali port were beginning to spring up, and Dubai seemed like a city of opportunity and optimism. He moved to the UAE and borrowed a studio from his friend, Marwan Rahbani, the filmmaker who still runs Rahbani Productions. A year later, freelance visas became available and he struck out on his own, registering as only the second tenant of a nascent Dubai Media City.

As Barry Kirsch the freelancer became Barry Kirsch Productions and then BKP, his business has grown and shrunk and grown again. Although some partnerships have come and gone, Kirsch was joined by Polly Gotseva in 2000 and Matt Faddy the following year, and both are still with BKP Group.

BKP has opened and closed offices in Lebanon and Abu Dhabi, and has had to move its Dubai base several times. Each move has been expensive. “Moving an office is one thing,” says Kirsch. “But with sound studios, if you have to move it’s a couple of million dirhams’ worth of investment.” BKP was based in Production Village in Al Quoz, then in a villa in Umm Suqeim, and most recently in Business Central Towers. This latest set-up was a “massively expensive” investment, with 4,500 square feet of high-tech studio space. Last October, mid-pandemic, BKP downsized its offices, but Kirsh says he’s already looking at expanding again at the end of this year.

“The other thing we did that was not very good timing was we opened in Saudi,” says Kirsch. That opening was in January 2020, right before Covid-19 hit, and the facilities there have been largely dormant throughout the coronavirus crisis. Kirsch says that although it’s “probably the biggest risk I’ve ever taken”, he’s watching Saudi “with a lot of interest”. He enthuses about “the energy coming out of the young people, and this feeling of unbelievable enthusiasm” in the kingdom.

In 2007, BKP moved into video post-production. “Then we tried a number of different formulas to move into production,” says Kirsch. “I think we found the right formula now, finally.” It “took a couple of joint ventures”, he says, but now going-it alone seems to be working for the agency. BKP is generating social content and producing a lot of podcasts, as well as other audio work.

Kirsch has a healthy scepticism for both digitally composed songs (“many people start writing songs by just pulling up a drum loop and putting a few chords on it to see what happens; there’s nothing wrong with that but it’s a different approach from finding a magical melody”) and inexpensive library music (“the disadvantage, of course, is that you don’t have exclusivity”). He contrasts the disposable results of these approaches with the tune BKP produced for Dubai telco Du (yes, that tune, the one you’re humming in your head right now), which he says has become “of huge value to the brand as part of its advertising armoury”.

He says that the reason these things are often on his mind is because he thinks a lot about where his company and the music business are going. He has never stopped experimenting and looking at ways to grow not only BKP but his own repertoire.

He refuses to rule out moving into cinema, says he wrote a musical about flying carpets over lockdown, and puts the interview with Campaign on hold to ponder aloud whether the pandemic could be chronicled using a collection of social media memes. That’s an art form no one has tried before.

Barry Kirsch has seen music in the 70s, advertising in the 80s, Hollywood in the 90s and Dubai’s growth in the 2000s and 2010s. Who knows what the soundtrack will be to his next decade in the business.