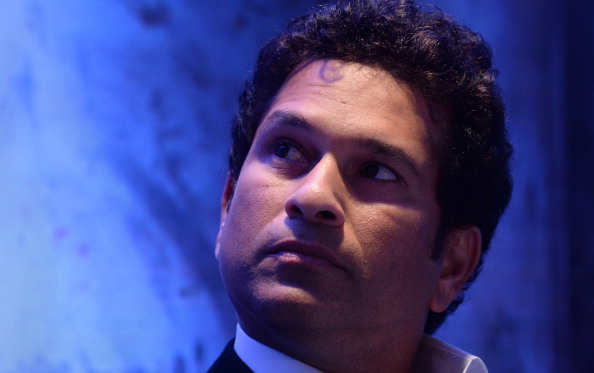 In the second in a series on people who inspired and influenced adland’s great and good, Tahaab Rais discusses a five foot five-inch man who made a nation believe that impossible was nothing

As divisive as it may have been, I love the 2013 movie Man of Steel. In it, Pa Kent tells Clarke (aka Superman): “They will race behind you. They will stumble. They will fall. But in time, they will join you in the sun. In time, you will help them accomplish wonders.”

Sachin Tendulkar is unequivocally the Superman of cricket, particularly of Indian cricket. During the 1990s and early 2000s, via his batting and sometimes his bowling exploits, he inspired a stumbling and fumbling (yet, hopeful) third-world nation to realise that it could punch above its weight; that it could take on ‘big boys’ around the world and win against them. He helped them see that they too could shine on a global stage. To share an analogy, he is as iconic to the country and the people as John Steinbeck said the Model T Ford was to America in Cannery Row.

And as one of those wide-eyed billions watching Tendulkar on television (some 785 times), in person (four times) and on YouTube (every other day of my life), he is that one transcendent figure who has captured my imagination more than anyone else. Watching him win (every time he succeeded) and watching him break hearts (every time he was beaten by the opposition), he has had a moral and psychological impact on me.

Here’s why I love him.

The biggest fan of his game

As I watched him for over 20 years of my life, I watched not just a cricketer but a person grow. But one thing didn’t change. He approached every game and challenge with a child-like enthusiasm; like a child would approach a birthday present – feeling blessed and thankful for it, with zeal and dynamism. He did this for 24 years.

He once said: “Every time I have achieved something special on the field and raised my bat to the crowds, it was for my father who passed away.” He continued to live in the same building as his mother did, despite his millions that allowed him the luxuries of massive villas. Why? Because she didn’t want to leave the home she had built with her husband. And he wanted her to be able to reach him anytime she needed him – in person.

Enduring pressure with
dignity and restraint

As the icon of a nation that was hungry for success, Tendulkar faced more pressure than any sportsman in history. I remember how I used to put everything aside when he came out to bat in any big game. I used to be anxious and jittery in the nights leading up to the game. I wasn’t the only one. I was one among millions. I cannot even begin to fathom the amount of pressure he faced, knowing that he had to live up to the expectations of so many people while simultaneously facing bowling attacks from the best in the world. Yet, he always remained as calm as the Dubai sea.

In his eyes, the game
was always bigger than him

“I believe we have been the lucky ones to be chosen by the Almighty to serve this wonderful sport,” he said in his retirement speech. While a lot changed around him, his respect for the game didn’t. With the pedestal that billions put him on, he could’ve looked down on the game and the people, and could’ve thought he was its biggest star. Instead, he took joy in serving the game, always putting the game and its traditions first. His lesson is one for those obsessed with stardom and its trappings.

The pursuit of extraordinary

It is not easy to list the achievements of the Master Blaster in a few pages. People have released books and blogs to keep every record of his achievements. But his start was as meagre and slow as the nation he represented. He started his career with two ducks (scores of zero), it took him more games to hit a first hundred (a milestone score) than most cricketers, and until 1994 he had a meagre average of 30 (he ended with an average of above 50). Not only is he the only man in world cricket to proudly pass the 30,000 run mark, but he also has the most ‘man of the match’ awards ever, including World Cups.

In a country prone to deep regional prejudice and cultural divides, Sachin Tendulkar had a uniquely universal appeal. All of five foot five inches, he carried the hopes and dreams of a billion people. He epitomised winning on and off the field. The chant of ‘Sachin! Sachin!’ by Indians and even non-Indians the world over, acknowledged the fact that greatness was never fully pre-destined; it had to be earned.

For now, I shall remain content with earning the great man’s signature, which he was kind enough to imprint on my cricket bat; one that I haven’t used ever since. And don’t intend to.

Tahaab Rais is regional head of planning at
FP7/MENA