A global message from Campaign: We are for creativity

'Campaign for creativity' is a shared commitment by our journalists around the world to champion creativity and hold the ad industry to account. 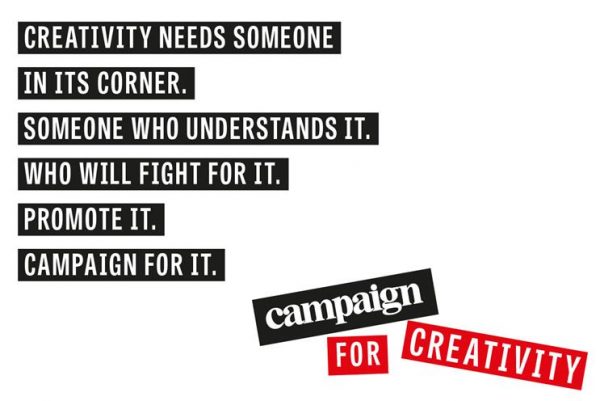 “Creativity needs someone in its corner. Someone who understands it. Who will fight for it. Promote it. Campaign for it.”

That is the message of “Campaign for creativity”, a new campaign from all of the editions of Campaign around the world.

Our journalists have championed the power of advertising, communications, media, marketing and – most importantly – creativity since the magazine launched in the UK in 1968.

Since then, Campaign has expanded to become an unrivalled, international network of websites in eight key markets around the world: Asia, China, India, Japan, the Middle East, Turkey, the UK and the US.

Each of those editions has its own unique character but we are united by a shared commitment to champion creativity and hold the ad industry to account – locally and globally.

That is why we have come together to launch “Campaign for creativity”.

We believe  in the magical power of creativity to inspire people, build brands, drive innovation and transform lives – but we also know it is precious and fragile. Distraction, fear, time, money, discrimination, hierarchy… the enemies of creativity are growing stronger. Which is why we are more certain than ever about Campaign’s global purpose and our mission. We are for creativity.

We are launching “Campaign for creativity” with a three-part editorial series about the key issues affecting the global advertising industry – profit vs purpose, the talent pipeline and the dominance of technology.

The “Campaign for creativity” branding is running online and at Cannes Lions, where Campaign is distributing a special print issue (with six different covers, below) and hosting its celebrated beach party as the festival returns as an in-person event for the first time since the pandemic.

This is just the start as Campaign will be announcing a series of global and local initiatives over the next 12 months as part of “Campaign for creativity”.

We are for creativity.

Find out more at campaignlive.co.uk/global 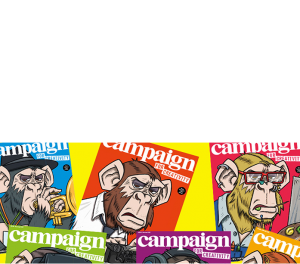