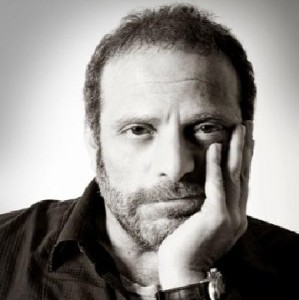 It’s a lovely word, that of “company”. The original meaning may have been lost over time, but it remains, at heart, something to aspire to and cherish, nurture and grow. In its Latin roots, the word referred to a body of friends – soldiers mostly – who share their bread. As such, it exudes a warm feeling of togetherness in the face of adversity, not to mention the kind of complicité that comes with values and eventually traditions.

For a company, in the modern sense, these values and traditions translate into what is generally described as “the culture”. Whether it is one of excellence or barefaced mediocrity, every company acquires – yes, acquires – a cultural label which, unfortunately for those who think they can dictate it, is a result of conduct, not instructions handed down via HR.

This is why the companies that talk the most about culture are usually the ones that suck at it. Those are usually the ones that are utterly fi nance-driven but want to camouflage it with a “cool” veneer, and tend to think that it is all down to a foosball table and a massage room, both of which will vanish the moment the rent goes up. Theirs is, in fact, the kind of culture you’re more likely to find in a Petri dish at a lab specialising in degenerative bacteria.

The key for a deep corporate culture, instead, lies in fostering the kind of camaraderie that is conducive to realising company objectives. Take the pursuit of excellence as a culture, for instance. It may be a valiant endeavor, but unless it comes with a tangible environment that encourages it and, most importantly, the kind of recruitment and HR policies that would make Darwin blush, it will remain nothing but words on the CEO statement and a recipe for immense frustration.

The “company”, per se, precedes the culture. It is as stupid as that. It is the collective and who it is made of – and also the character of the one who brought them together – that determines the label the enterprise will be known for. Ask Ali Baba. Ultimately, however, the best corporate culture has human sentiment at its core. Be it courage, kindness, solidarity or simply innovation and self-improvement, cultures with an emotional tinge at their heart are the ones that will thrive. Sadly, with physical proximity dramatically diminished today, and the notion that WFH and online meetings are the future of work, this kind of culture is under threat: there’s not going to be much sharing of bread in a Zoom meeting.