When it comes to influencers, do brands need to stop thinking like big budget blockbusters and more like indie filmmakers?

Stars are being born every day in the social media age. Instagram, Vine, YouTube, Snapchat – you name it. They all now have their own content creators, comedians and posers.

Most use tools that are available to anyone to create imagery and video. What makes them standout is not so much how polished their content is, but rather the entertainment value they deliver. People such as Dubai-based Huda Kattan, the queen of beauty, with her 11.2 million Instagram followers, and Saudi Arabia’s Darin Al Bayed, the host of YouTube show Anawheya. There are others, of course, including Kuwaiti fashion blogger Ascia Akf, Joelle Mardinian and Tala Samman, and the Vine stars Sherif Fayed, Mohanad Al Hattab, Saif Shawaf and Anwar Jibawi.

With 2.4 million Instagram followers, Al Bayed is something of a comic legend and a content creator in her own right, with her 10 or 15-second Instagram videos an amusing look at Egyptian movie dialogue and miming to songs. Her facial expressions alone are enough to produce laughter. She is one of an increasing number of social media ‘influencers’ who have caught the attention of brands and moved from the peripheries of the social sphere to the mainstream. Already she has worked with advertisers attracted to visual storytelling, youth, and a desire to penetrate the Saudi market.

Their potential importance to marketers is easy to spot, not just here but globally. They already have a strong relationship with their followers and their audience loves them for the content they create. Marketers can therefore make the most of that relationship by trying to inject their brand into their content. How that content is injected, of course, is of paramount importance.

“Depending on the marketing objectives, influencers add value to a brand and/or its campaign by providing a range of potential benefits, including higher affinity and credibility among their audience as well as incremental reach,” says Khaled Akbik, director of social media at OMD UAE. “They’re also a more affordable, yet still effective, option to celebrities. Influencers are much closer and relevant to the target audience than most brands are, so brands engage with influencers to get closer to their audience and ultimately deliver a more impactful message. They’re called ‘influencers’ because they have so much credibility among their followers that they have the power to actually influence their opinions and purchasing decisions. Brands see this as a gold mine to elicit tangible action from their consumers.” 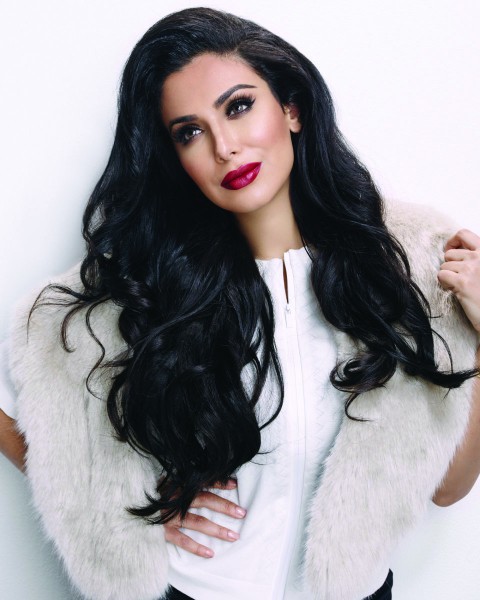 A gold mine it may be, but there are questions and doubts surrounding what is essentially still a young market. Not least a lack of genuine talent producing interesting, useful and beautiful content and ideas. There are exceptions – such as those mentioned above – but the pool for brands and partners to work with remains small, with many social media stars little more than preening posers only interested in self-promotion.

“At the moment the campaigns in the market making real use of influencers’ full potential are less than a handful,” says Sarah Barry, general manager at Momentum. “Most brands just want to be seen with the influencers and not make any real effort to connect with their audience. A simple cameo of your brand in an influencer video does not mean their fans will like you too. A real collaboration with the influencer is needed to build real relationships, and there are so many ways to do that.”

“At the moment, influencers are being used in a number of ways,” adds Akbik. “Some are simply sharing the brands’ messages, others are co-creating content with the brand to be featured on both their and the brand’s social channels. Some in the tech industry, for example, are given products to review or use in their own way and style while promoting them in the process.

“There are many different ways influencers can be activated and I believe we’re just scratching the surface here in our region. Most influencers happen to be content creators and their content resonates extremely well with their audiences. Basically, influencers are what brands wish they could be when it comes to social content creation. At the moment, many marketers see influencers as a mere tool or tactic that fits into a much bigger picture. Others rely too much on influencers, placing all their eggs in one risky basket. My take is that they need to be somewhere in the middle of those two extremes.”

Barry identifies other challenges. While brands are usually scientific and measured in their approach, dealing with influencers can result in “rough numbers and vague results”, she says, with a system required that will enable effective measurement of influencers. Klout, which uses social media analytics to rank its users according to online social influence via the ‘Klout Score’, has been trying to address this issue with some success, she adds.

“Influencers can’t be solely relied on to deliver a message,” continues Akbik. “If their services are utilised, they need to be an integral part of a bigger plan. While they hold the key to higher affinity and credibility among the brand’s audience, their impact can sometimes be short lived and limited. They can work very well for niche brands or products like GoPro, but when it comes to brands that market to the masses, influencers complement the marketing efforts – they cannot be the marketing efforts. Moreover, influencers’ power is dependent on their own credibility among their audience as well as the quality, type and appeal of the content they produce. If any or both of these factors are compromised for any reason, the influencer’s actual influence gets compromised as well. That’s why marketers shouldn’t place all their eggs in the influencers basket.

“Another issue with some influencers is that they’re spread thinly over too many – sometimes contradicting – brands. A lifestyle influencer who promotes messages for FMCG, telecommunications, electronics and apparel brands is diluting his/her actual influence. When brands focus more on the likes, comments, shares and views influencers receive, they lose track of the real objective of engaging with them, which is to effectively deliver a message with the influencer as a vehicle.”

The primary issue remains the fact that there are only a handful of genuinely good influencers in the Middle East and not all of them are producing quality content. However, digital entertainment is rising and video is key to how this evolves. It is therefore arguably the role of the industry to revolutionise how content is created and consumed using a number of different tactics, from consultancy, to investment, creative and, above all, financial reward. Essentially there is a huge gap and brands needs to help fill it by supporting young talent, developing skills, and working alongside people to help drive the collaboration between brands and influencers forward.

“Engaging with influencers should be part of a long-term strategy to build an ongoing working relationship with them and move them from simply being influencers into being actual brand ambassadors,” believes Akbik. “This may require the brand to empower them with tools that help them get the job done (i.e. cameras, vehicles, gear, studios, etc). Yes, this means it will be costly, but remember that these ambassadors are producing quality content that is loved and trusted by hundreds of thousands, if not, millions of people. Don’t think of it as a cost coming out of your media budgets only, rather from both your media and content budgets. When you combine the two and perform a cost benefit analysis over a long term, you’ll find that it’s well worth the cost.”

Barry adds: “Influencers are here to stay and will only keep on growing. The rise of social media and the accessibility of powerful content creation tools will help more of these to rise to the spotlight. We should recognise these talents early on and try to encourage them to keep doing what they do best. Create great content that the audience wants to watch. Brands should try to adopt these talents for their long term goals rather than just use the same influencer their competitor used just to tweet their message as well. There is an opportunity to build true relationships with these influencers and their fanbase.”

But how will the influencer market develop in the region, and what really needs to change?

“While some influencers in the region have moved on to become celebrities, hosting TV shows and making guest appearances at prestigious events, others are still working hard on creating really good content that could be even better. As social media users continue to grow, there will be more of these up-and-coming influencers, which means the followers threshold to achieve ‘influencer’ status will keep increasing. Today, 500,000 followers may be good enough. Next year, one million will barely cut it.

“For influencers, it will be harder to break through the clutter and establish a proper foothold among the masses. For brands, it will be harder to spot these talents and to manage them. Influencer services management agencies will pop up (some already exist) and most media and advertising agencies will have their own influencer management programs (many already do). These will be more prominent, more important and bigger over time. This will ultimately lead to a shift where content produced by brands is actually mostly created by influencers and brand ambassadors rather than traditional agencies. In effect, these influencers will become contracted employees of these brands. The challenge is to ensure the content they produce isn’t compromised, turning influencers into a new form of advertising agencies. Remember, to the marketer, the brand is the hero, but to the audience, the influencer is.”