Being risk-averse averse is the only way forward 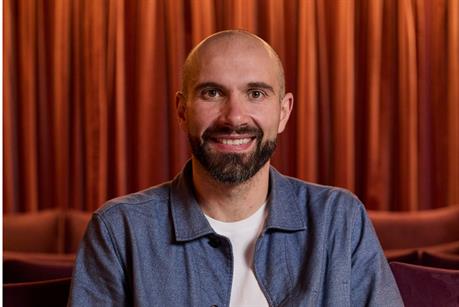 By Paulo Salomao, co-founder and business leader at TheOr London

Risk aversion is in the air. Pockets are dry and a need for stability is creeping in. Marketing decision-makers are talking themes of measurement, cost efficiency and consolidation, while employees are craving stability, clarity and longevity. Which means the tried and tested beats the new and brave.

As creative creatures in this industry, we need to be a little bit scared of this sensible chapter in our lives. Not only because the great creativity we are inspired by will dry up, but because our careers will dry up too.

The only currency we have in this industry is our experience that ideas can grow brands. This experience is the juice that keeps brands relevant and ahead of its competition.

The more we drink of it, the more useful we are to an agency/brand. Those throwing themselves into new experiences achieve their career goals sooner, which is why we all need to differ our mindset if we want our careers to prosper. So what are the rewards for embracing risk?

You’ll stand out against the (safe and sensible) crowd.

One of the biggest things people often say they need in this industry is to feel seen and recognised.

If you think of anyone you rate, chances are it’s someone you have put on a pedestal because of the landmark things you have remembered.

Nobody remembers the steady Eddie things we do. This applies to clients too. While they’ll crave a degree of sensibility and structure from their agency partners, I can guarantee that bringing them new ideas and general bravery around their brand will be acknowledged far more.

If you want them telling your boss you’re good, it won’t come from well-punctuated emails.

Our Christmas campaign for Taco Bell came from two creatives taking a punt on a totally out-of-the-box idea, ultimately winning the praises of the brand’s community and the clients themselves. Risk recognised and rewarded.

We all learn from our mistakes

None of us has ever learned anything from a bang-average campaign. It’s the one out of 10s and 10 out of 10s that really tell you something. The more risks you take, the more insight you acquire from the ones, that give you the tools to make the 10s.

Trying something allows you to understand when to push, avoid, or mutate the ideas in front of you.

In 2012 we pushed Honda to make an ad with Frank Budgen (RIP), to launch its first mild hybrid; a big deal. The idea being pushed was crazy and visceral. It made very little sense, and certainly didn’t explain hybrid technology.

The pushing got the idea approved, but the final result was an ad that simply didn’t say much. Being humbled by that experience gave me a sensibility of when to challenge and evolve the work.

That learning has helped me make lots of good work since. The 10s, if I may say so myself.

What you want to be in this industry will come to you quicker the more new people and things you interact with. Nobody cracks their future in isolation. Our career end goals are inspired by the things that put us on the map, and by those in our lives that have inspired us.

To achieve your goals, it’s important you keep punting for the brave things that put you in weird circles of people and topics. That new circle might just be your end goal.

My proudest work, Honda’s “The other side”, came from putting a group of hungry people together to work on a tough brief. Between us the project brought a smörgasbord of knowledge no other team could replicate.

Without us all bringing our experience and battle scars, then we may have just got ourselves a “nice” TVC. That campaign defined my career and made me love what I do.

Being risk averse won’t feed your creative brain. If you’re continuously doing the same things, your stamina will wane.

You’ll eventually find yourself looking elsewhere to satisfy your creativity, or just plod along unhappy. You’re better off keeping things fresh so that you keep your tank full. I’ve left two very successful agencies at their peak because my brain wasn’t fizzing and learning any more.

The reasons for leaving should not come from hitting walls, but because you’ve been inspired to evolve yourself.

So, as we brave the uncertainty of this economic crash and general shit-show of life, remember your career will boom only if you embrace doing different things. Embrace a bit of new, failure and experimentation.

Beat your peers by not slowing down and instead ramping up. Sure, there’s risk in putting your hand up to the “unknown”, but in the long run you’ll only win.