The Classic Partnership on ideation, horizontality and why they are a family 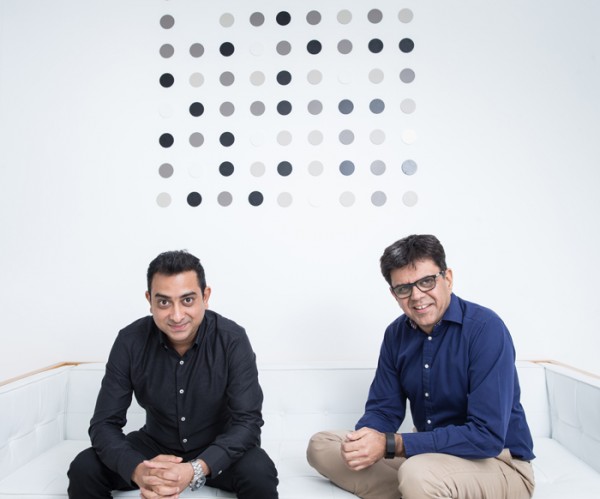 “If you look at the way businesses are moving now, it’s totally changed. Nobody’s interested in the classic adverts anymore. It’s all so digital and mobile friendly,” says Alok Gadkar, executive creative director of The Classic Partnership. “The classical art director or copywriter doesn’t exist anymore and there’s no space in this market or any around the world. If you can just make beautiful looking ads, then I don’t think advertising is the right avenue for that person anymore.”

For an agency with the word ‘classic’ in its title, it seems Gadkar and chief executive – and original ‘partner’ – Rahul Nagpal are – like everyone else – keen to shake off any associations with anything relating to tradition or, God forbid, legacy. “The days of creation are lesser,” adds Nagpal.  “It’s become the days of ideation. There’s got to be an idea that needs to be delivered across all channels whether it be public relations or an activation. There was a time when you created and you executed. Now is the time when you ideate and you pick an idea and that idea cascades itself into multiple channels.”

Both are sitting opposite me on a pristine white couch set against an equally dazzlingly white wall in their second-floor Media City office. The way they relax against the plushy arms would give any onlookers the impression I had simply popped by their house for a cup of tea and packet of bourbons rather than an interview. But, that is exactly what the Partnership is going for, as Nagpal, who jokingly calls himself ‘chief emotional officer’, explains: “We are a happy office. People find this really surprising that when someone comes for an interview, I interview them first. I genuinely believe someone is joining a family. There’s zero office politics – I don’t stand for it – so coming in here is like coming home.”

For Nagpal, the Partnership has been home since 1998 when he first started the independent agency with four other partners – “hence the name,” he adds. Two of the original partners eventually fell by the wayside leaving Nagpal and now chief creative officer Vitthal Deshmukh to manage the ‘front end’ and ‘back end’ operations respectively. In 2007, the agency was swallowed up by Menacom, and by default WPP, which owns the majority of its shares today.

Meanwhile Gadkar joined the family in 2006 and, five years later, became one of the youngest ECDs in Dubai at the age of just 34. But as the boundaries between creative content and digital media blur and break down day-by-day, is this role one that’s ultimately doomed, especially in an age when strategy-led operations are starting to dominate those led creatively? “That’s a question many ECDs would… ,” he laughs. “Luckily for me I’m also the general manager. So it’s great for me when I go to the client meeting, the client shows me the brief and says, ‘Alok, here’s what I want you to do’.

“Because I have the creative side to it, I can challenge them and because I understand the strategy side, I could change the creative brief. Definitely the ECD needs to have something more than just what the classic ECD has, whether it’s strategy or expanding into technology – knowing what’s happening.”

Like its parent group WPP, The Classic Partnership prides itself on having multiple capabilities under its wing. These include PR and social media agency Raee Public Relations and BrandLabs, which takes care of – unsurprisingly – branding. However, with 45 members of the overall operation’s 62-strong workforce employed in The Classic Partnership’s original advertising wing, it seems that the demand for work remains still rooted in its ‘classic’ traditions. But, echoing comments recently made in Campaign by WPP top dog Sir Martin Sorrell, those divisions are coming closer together, says Nagpal.

“There’s a very seamless interaction between the three; it’s very horizontal. What has worked really well for us is that because there is one CEO, me, I have one number to achieve at the end. I don’t care whether it’s PR or advertising, there’s never any fighting with each other. There’s never any ‘this is my client, this is my billing’. And sometimes we have actually gone to a client and said, ‘you don’t need advertising, you need PR’.”

Currently the Partnership counts big names within its clientele, including government account DEWA and retail chain Splash, and has a number of pitches in the pipeline. But in the advent of cheap oil and increasing government spending reductions, will the agency have to suffer their own cutbacks this year? “Absolutely yes,” says Nagpal. “Everybody is cautious and so are we. You see clients holding back the purses so we will be mirroring that. There was a time when Dubai was going at breakneck speed and Alok and I would hire anybody that came in because there was so much work. The only sensible thing is be cautious with your pocket, keep it, keep the clients happy and hopefully 2016 will pass. Keep your head down, get the simple things right and go into 2017 hoping the sentiments will be a bit better.”