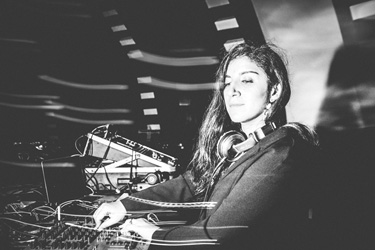 A Beirut club night and an independent magazine have come together to create a campaign aimed at championing female DJs in Lebanon.

Smirnoff Sound Collective and Audio Kultur have teamed up to create the #Recognize campaign following on from International Women’s Day.

Created by Audio Kultur, the project includes a poster, a GIF and a documentary directed by Jackson Allers.

Co-creative director and Audio Kultur founder Tres Colacion said: “The marginalisation of women in the arts and beyond is something that is absolutely deplorable. Clubland has always been an incubator for social change and what’s going on in Beirut right now is no different. When we looked at the scene and to the people who were doing things that we really respected the film really just came together.

“The women featured in this documentary aren’t here because of their gender, they’re here because they are the ones leaving a mark on the scene. It’s about time they get the recognition they really deserve.”