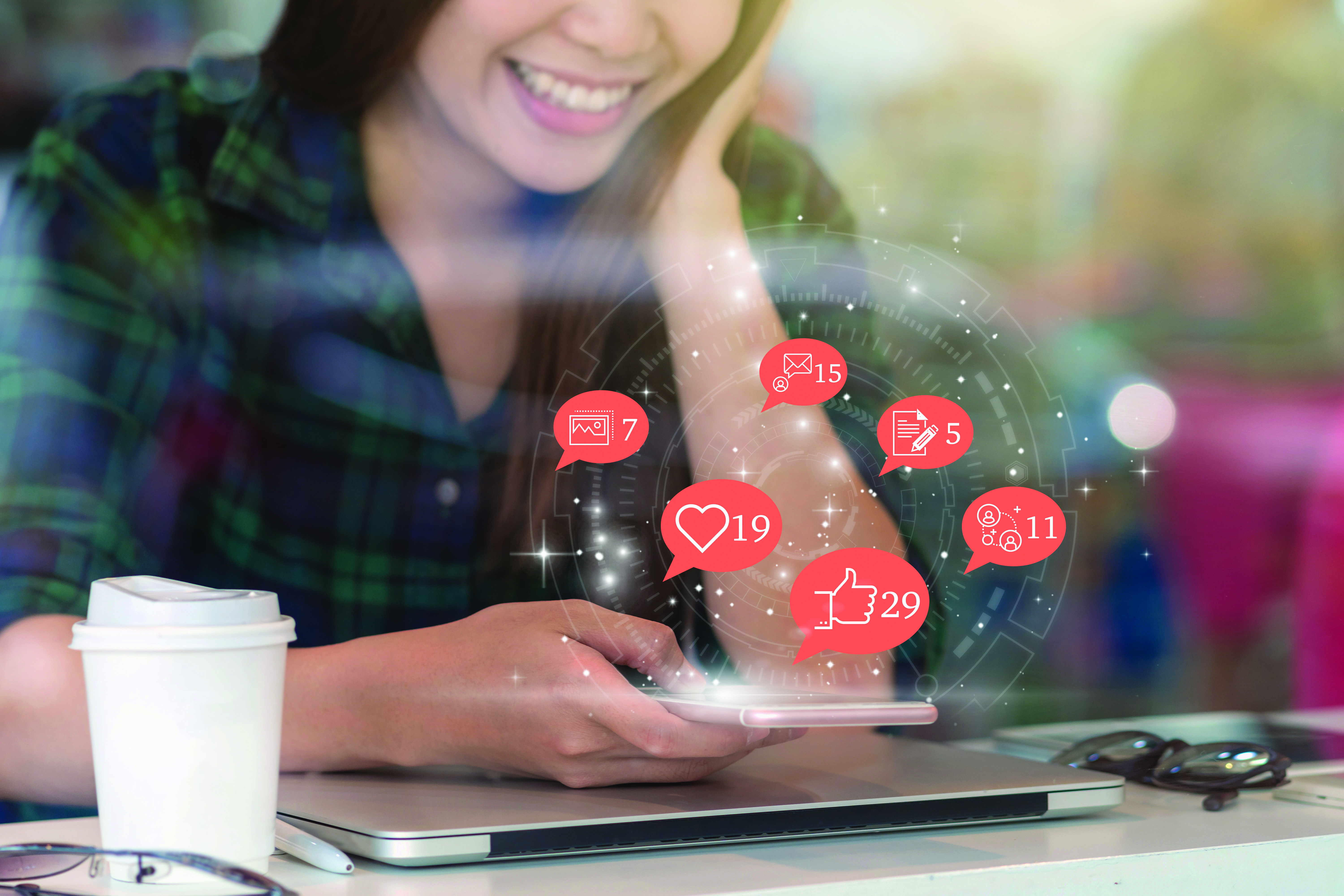 Now that the one-month free trial for 2020 is coming to an end, it’s finally time for us to reflect on 2019 – and what a year it was for social media. With new players on the scene, shifts in policy and regulation and a slew of new features being introduced, 2019 seems to be the calm after the storm of controversy and legal woes that shaped 2018. And as analytics and social media managers at a social media agency, there isn’t much that hasn’t ended up on our radars. To contextualise everything that’s happened, we’ve identified five main categories that saw the most movement last year, in hopes of providing a clearer outlook for the year ahead.

RECKONING, RESPONSIBILITY AND REGULATION
With Facebook, Google and friends facing a reckoning over their responsibility and role in hot-button issues from data privacy to fake news, and from child safety to mental health, 2019 was the year of regulation.

For starters, one of the most prominent themes of the last year, if not the last decade, has been data privacy. In 2019, both Google and Facebook announced new privacy settings that would give users more control over their data, and presumably less control to third parties. The focus of Google’s 2019 annual developer conference was – you guessed it – data privacy. And Mark Zuckerberg even penned an op-ed calling for more regulation.

Data privacy isn’t the only battle social media companies have been waging. Misinformation and fake news have been an ongoing plague since at least 2016, but the new decade just might be the beginning of the end. For instance, Facebook has taken steps to clearly label and reduce fake news, and to give users tools to better understand the information they consume. In a bid for more transparency, Snapchat and LinkedIn have also introduced ad libraries for users to browse, and Twitter even went so far as to ban political ads entirely.

You’d think that was enough fires to put out for one year, but reckonings seem to come in threes. Social media has long provoked the ire of child safety and mental health advocates, due to the platforms’ perceived inaction in preventing harmful content. But now, with YouTube pledging to altogether disable comments on videos featuring minors, and with Instagram hiding like counts, expanding its antibullying warnings and restricting diet-related ads, it seems that perception may soon change.

What to expect in 2020: While massive corporations and empty promises usually go hand in hand, social media platforms are under unprecedented scrutiny. Any appearance of disingenuousness could be devastating. Fake news and bullies aren’t going anywhere, but expect tangible steps from platforms like Facebook to stem the tide.

ONE-STOP SHOPPING
Social media has always been a place for users to find inspiration and learn about new brands, products and services – all of which has laid fertile ground to increase purchase intent, be it via a website or an offline store. While this remains true, we saw a marked shift in 2019.

Going beyond e-commerce integrations that direct users to an online store, social media platforms have set their sights on streamlining the purchase funnel within the platforms themselves. Instagram’s Check-out feature, which allows users to view a product, select from various options such as size and colour, and proceed to payment all without leaving the app, is the perfect example of platforms natively consolidating the entire purchase funnel from intent to conversion.

Additionally, we’ve seen a number of platforms implement innovative technologies that address one of the main pain points of online shopping: consumers want to try products before buying them. Enter augmented reality – with YouTube, Snapchat and Instagram introducing AR features that allow users to virtually try-on products from makeup to clothes. Aside from making the entire path to purchase much less tedious, these features also help brands bridge an important gap – between the impulse to purchase upon seeing an ad, and the actual path to purchase the product. The long and winding road from intent to purchase has now become a highway.

BACK TO BASICS
The latest social media usage data reveals that private messaging is eclipsing public posting, with users preferring something more personal than the usual one-to-many communication of public posting.

While platforms spent much of the decade trying to find ways to get everyone to ‘join the conversation’, others longed for something more intimate, away from prying eyes. This has ushered in a new era in social communication, providing users with more of  a living room than a town hall. And, yes, we are aware of the irony that communication tools like MSN and ICQ became irrelevant more than a decade ago because the world seemed to long for more town hall and less living room at the time. But with Facebook’s plan to unify its messaging apps, as well as its Favourites list, and Instagram’s Threads, ‘Close Friends Only’ Stories, and ‘Join Chat’ sticker, it seems that what’s old is new again.

What to expect in 2020: From groups to private messages, expect to see a continuing upward trend in private communication features across all platforms – be it from newcomers such as TikTok or titans like Facebook.

USER, TAKE THE WHEEL
Customisation has also been a major trend for social media platforms this year, with nearly all major platforms introducing new ways for users to customise their own experience.For starters, 2019 seems to be the year of Dark Mode, with everyone from Pinterest to Instagram and from Twitter to Google introducing the option of an ‘easier on the eyes’ interface. Facebook, on the other hand, has begun giving users the option to customise their in-app navigation bar and – perhaps most importantly – the option to remove the red notification symbol (much to this writer’s delight).

Aesthetics aside, some platforms are giving users more control over conversations and followers on their page. For example, Twitter has introduced a ‘Hide Replies’ feature, allowing users to hide tweets that are offensive or may derail the conversation, while Instagram has enabled the option to restrict your followers by age or geography.

Ultimately, by loosening their grip and allowing users to tailor-fit their social experience to their liking, platforms are investing in long-term user growth and satisfaction. With more and more customisation options arising, however, one can’t help but wonder if Myspace was even more ahead of its time than we thought.

What to expect in 2020: Expect to see platforms loosen their grip further, putting users in the driver’s seat of their own experience. The ball is now more in the consumer’s court than it’s ever been.

NO FLEX, BUT OKAY
As recently as 2018, it seemed that social media platforms were constantly imitating each other’s features in an effort to lure users from competing platforms. But in 2019, imitation seemed to be at a low, and the proverbial big fish –Facebook, Google, Twitter, Snapchat and others – realised that the pond was not as small as they once thought.

Instead of trying to eat off each other’s plates, 2019 brought more reflecting and less flexing. For  some, this change in course forged new collaborations, in the form of integration between platforms from Netflix and Spotify, to Instagram, Snapchat, and Reddit. Some seem to have spent the year looking inward, however, focusing on enhancing their native offering, with Twitter and Instagram introducing native post scheduling, Snapchat providing new options to natively create ad content, and more.

But while the big fish were tweaking and tinkering away, someone new showed up to the party: TikTok. While by no means a new product, TikTok rounded out the decade in a big way, reminding us that all the features in the world can’t hold a candle to shifts in user behaviour.

What to expect in 2020: Less reflecting, more flexing. As marketers begin to shift their attention (and their budgets) to TikTok and to short-form, user-generated content, expect the imitation game to resume.

CONCLUSION
We could make predictions about 2020 until the cows come home, but if there’s anything the past decade has taught us, it’s that anything can happen. In some regards, we’ve entered completely uncharted waters. In others, we’ve come full circle. At a time when vinyl records are popular again, and the Motorola Razr is back and boujee, no one knows what the new decade might bring. But now that the free trial is up, we’ll definitely take the one-year subscription.